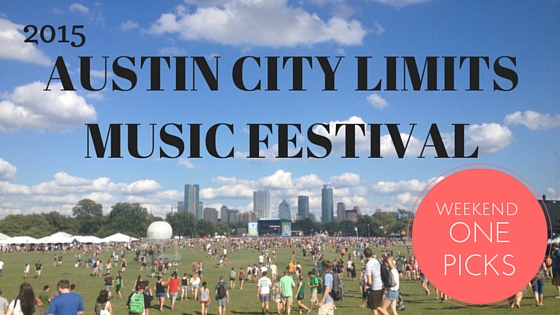 Let the final countdown to Weekend One of the Austin City Limits Music Festival begin! We’ve talked about what to wear and what to bring to the festival, so now it’s time to talk schedule. Here are our picks for Weekend One:

11:15am (Tito’s Stage) – The hippest group of crooning kids around, the Barton Hills Choir, will be including Foo Fighters songs in their set at this year’s festival. Enjoy the shade at the Tito’s stage while you listen to these rock stars-in-training perform. Check out our profile of the Choir from a few years back with an interview from three of the members.

12:15pm (Samsung) – Meg Myers has a rich and powerful voice which melds seamlessly with a guitar-synth backdrop. Listen to her debut album, Sorry, here and you’ll understand why she has drawn comparisons to Fiona Apple, Sinéad O’Connor and Alanis Morrisette.

1:00pm (Miller Lite) – The big sounds of Brit guitar rock group The Maccabees are perfectly suited to an outdoor music festival. “Marks to Prove It” gives you a taste of what the band will be bringing to the Great Lawn.

2:00pm (Honda) – At last year’s ACL Fest, we heard from one of the members of the pop group, Fun: Jack Antonoff. This year’s festival brings us Nate Ruess, fresh off the recent release of his debut solo album, Grand Romantic, which deals with love, commitment and his burgeoning romance with fashion designer Charlotte Ronson. You’ll recognize his voice in “Great Big Storm”.

3:00pm (Austin Ventures) – We have a soft spot for Drew Holcomb and the Neighbors, a Nashville-based outfit who spends time on tour and at home raising awareness and money for sanitation projects in East Africa and helping Drew’s brother, Sam, address protein deficiency in kids in northern Rwanda. Holcomb and his bandmate wife, Ellie, have a 2-year-old and a 9-week-old who help inspire their good works.

4:00pm (Honda) – Twenty-six-year-old gospel and soul singer Leon Bridges has been everywhere lately, most recently performing a Tiny Desk Concern on NPR. His soothing, throwback sound will be the perfect segueway to the evening performers. Yes, he goes up against Billy Idol, but this time, I’m with Leon.

5:00pm (Austin Ventures) – Nashville rock group Moon Taxi played Lollapalooza this summer on their way to Austin to play ACL. By all accounts their song has only grown as the band has matured. Billboard premiered “Year Zero”, the lead single off the band’s latest album, Daybreaker, here.

6:00pm (Honda) – Brandon Flowers, the lead singer of The Killers, might be a study in contrasts: a devout Mormon, family man and rock star. Flowers recorded a solo album while his band is taking a break from touring.

7:00pm (Austin Ventures) – Although it’s very tempting to see Austinite Gary Clark, Jr. perform on the Samsung stage, ACL is a great chance to see George Ezra, a UK-based star on the rise at the ripe old age of 21. I’m not sure who likes to sing along to “Budapest” more, me or my 9-year-old.

8:00pm (Samsung) – I’ve never seen the Foo Fighters live, so I’m excited about the chance to see the band perform. You might remember that the Foo Fighters included Austin in their cross-country HBO documentary series, “Sonic Highways”, which included the band performing “What Did I Do? God As My Witness” with Gary Clark, Jr.  I might check out Disclosure across the park on the way out of the park.

11:45am (Austin Ventures) –  We picked The Wind and The Wave as one of our ACL Must See Bands. Learn more about the band in our interview here.

12:45pm (Samsung) – Pop darlings Echosmith proved they weren’t just a one hit wonder with the release of the band’s second single, “Bright”. I’m looking forward to hearing what else these LA-based siblings have in store at ACL.

2:00pm (HomeAway) – Ryn Weaver got a ton of attention during SXSW, where she rode a tide of Internet buzz along with the release of “OctaHate”, which she wrote with Charli XCX. Billboard put out an interesting story about Weaver’s rise here.

2:30pm (Samsung) – Indie-rock band Glass Animals is fronted by David Bayley, who draws influence for the band’s brand of electro-pop from his studies in medicine and neuroscience. Glass Animals’ slow and deliberate sound will be perfect fit for the mid-afternoon timeslot.

3:30pm (Austin Ventures) – Since we can catch Shakey Graves around Austin, our pick for this timeslot is Houndmouth. I have yet to get tired of hearing “Sedona”, despite the fact that the song is on regular rotation on the radio.

4:30pm (Samsung) – Columbus-based duo Twenty One Pilots is not only one of our Weekend One picks, but also in Red Bull’s Must-See Artist.

5:30pm (Austin Ventures) – Unknown Mortal Orchestra has made a name for itself with psych-soul ballads like “Multi-Love”.

6:20pm (Honda) – Alabama Shakes has been on the scene for a while now, and festivalgoers are sure to flock to the west end of the park to listen to the band’s upbeat and soulful songs.

7:20pm (Miller Lite) – TV on the Radio has been around the block, having performed together for over 10 years.

8:20pm (Honda) – deadmau5‘s ACL performance will feature The Dome, a geodesic structure which will be the hub of the EDM artist’s set. I’m hoping to have enough energy at that point in the day to dance along to the beats.

11:45am (Austin Ventures) – Austin/Houston duo Night Drive is one of our Must See Bands. Learn more about the band in our interview here.

12:45pm (Samsung) – Listen to a Nigerian-born’s cosmopolitan take on hip hop in the heart of Texas? Why not? Jidenna‘s our pick to kick off the final afternoon of the festival.

1:30pm (Austin Ventures) – You have been hiding under a rock if you haven’t heard the infectious “Geronimo”. Heck, I even used the Sheppard song as a backdrop for my kid’s end of season soccer video. I’m looking forward to the Australian-based pop band to keep me moving in the early afternoon.

4:30pm (BMI) – Houston 10-piece The Suffers is one of our Must See Bands. Learn more about the band in our interview here.

5:30pm (HomeAway) – I have yet to find a song by Australian pop sensation Vance Joy that I haven’t liked. His latest which I already know all the words to is “Fire and the Flood”.

6:30pm (BMI) – Girl power duo Muddy Magnolias is one of our Must See Bands. Learn more about the band in our interview here.

7:30pm (HomeAway) – ACL fans were heartbroken when Hozier had to cancel his 2014 performance. The wait is nearly over to hear this revered Irish singer-songwriter.

8:30pm (Samsung) – I’m a little torn about which of the headliners I’d like to see the final night of ACL, but for now I’m going with The Strokes, since I’m not sure I’ll ever have the chance to see the band live again (that and I don’t think I can stand to hear “Can’t Feel My Face” again). 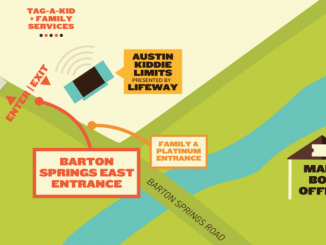 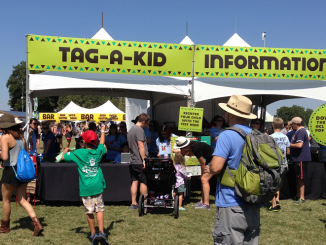 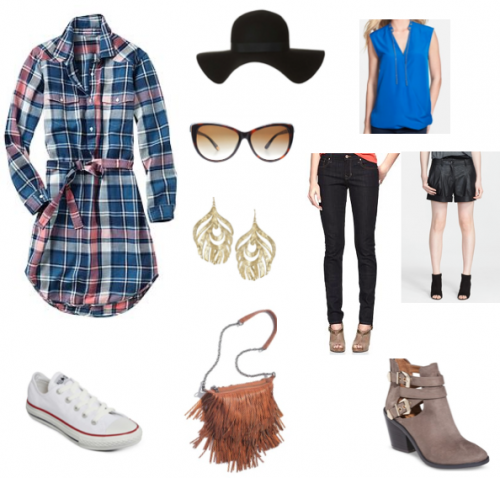