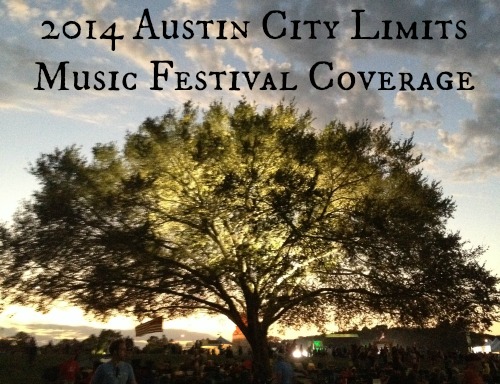 Wow. If you are Weekend Two ticketholders, you are in for quite a treat. We took in over 35 bands during Weekend One and had a blast. We went without kids this year, although Austin Kiddie Limits has a stellar lineup and we’d certainly hang there if we did. Although we won’t be out at Zilker this weekend, here’s what we’d see if we were:

11:15am The Barton Hills Choir (Zilker) – Not only do you get to hear Austin’s hippest choir in action, but you also get to see them onstage with Belle and Sebastian’s Stuart Murdoch. Check out a video from Weekend One here, and our profile from last year’s Fest here. As an added bonus, the Zilker tent is under cover, so you can gear up for the rest of the day in the sun’s rays.

12:15pm Broods (Samsung) or Catfish and the Bottlemen (BMI) – It’s a toss up. Honestly, they are both great. Maybe split your time between these two?

1:15pm Saints of Valory (RetailMeNot) – This band rocked it on Blues on the Green this summer and wowed the crowds Weekend One, when they filled in for the Hozier, who had to cancel due to illness. Watch for a preview here on LiveMom soon.

2:15pm Capital Cities (Samsung) – Sure, it’s great to hear new music at a place like ACL, but it’s also fun when a band gets up and you know all the words to a lot of the songs. We caught their set Weekend One and weren’t disappointed.

3:15pm James Bay (RetailMeNot) – If you find yourselves at Austin Kiddie Limits in the mid-afternoon, I’d certainly recommend popping your heads out for Bleachers, who had a great show last weekend and performs on the Miller Lite stage during this time slot. If you go to Capital Cities, I’d recommend catching singer/songwriter James Bay at the next stage over. Bay will captivate you with his voice (check out “Let It Go” for a taste).

4:15pm Chvrches (Honda) – I didn’t include Chvrches on my Weekend One Picks simply because I had seen them at Stubb’s in November, but I ended up at the Honda stage for a few songs and remembered how much I like the band’s music.

5:15pm Sam Smith (Miller Lite) – This was probably the biggest crowd I was in Weekend One, aside from the headliners. I have read reviews mentioning that he doesn’t do anything on stage, but obviously his voice is the star of the show. If it’s just too packed or you are ready for an early dinner, there is always J. Roddy Walston & The Business at Austin Ventures during the same time slot.

6:15pm Childish Gambino (Honda) – I left early Friday of Weekend One, so I didn’t see the set, but from what I have read, this was the show to see during this timeslot.

7:15pm Belle & Sebastian (RetailMeNot) – This indie-pop band from Glasgow has been around for 10 years but is still pleasing its faithful.

8:15pm Outkast (Honda) – If you have any dance moves left by the end of the day, you’ll likely need them as you listen to the band’s greatest hits.

11:15am Riders Against the Storm (Austin Ventures) – I’m bummed I’ll be missing the band, since they only are playing Weekend Two, but glad they are local so I can catch them…maybe even at an upcoming Body Rock ATX gathering. Watch the video they made with the Austin American-Statesman during Weekend One and read our ACL preview here.

11:30am The Chain Gang of 1974 (RetailMeNot) – After the RAS set, you can head over to RetailMeNot for this LA-based band. You might know their hit, Sleepwalking, which they played Weekend One.

12:30pm Spanish Gold (Samsung) – The ranks of fans of this band featuring local rocker dad Adrian Quesada grew during Weekend One after their well-received set. You’ll enjoy this band whose music is perfectly suited to the festival.

1:30pm The Rosebuds (Miller Lite) – Somehow this band was off my radar, so they were my pleasant surprise of the weekend when I happened upon their set.

2:30pm Trombone Shorty & Orleans Avenue (Honda) – I missed the band’s show Weekend One, but regretted it after hearing other festivalgoers rave about how great it was.

3:30pm Zoé (Miller Lite) – Plenty of others love tUnE-yArDs, but I’m not one of them, so I choose this Mexico City-based band.

4:30pm The Head and the Heart (Samsung) – Great ACL pick…plus, you don’t have to stare into the sun while watching Interpol on the Honda stage.

5:30pm Lucius (Austin Ventures) – Funny how this time slot features lots of women — Lucius, Icona Pop and Iggy Azalea. While they are all great in their own way, I’d choose Lucius. NPR describes their sound as “music that evokes classic girl-group pop and iconic rock ‘n’ roll with a modern twist”. Plus, the crowd to see Iggy Azalea was apparently crazy Weekend One.

7:30pm Broken Bells (Miller Lite) – Although Major Lazer’s show drew praise, I was glad I stayed for the entire set of Broken Bells. The music was perfect to listen to as the sun went down and (spoiler alert!) the crowd went wild when huge beach-ball like spheres were released into the audience.

8:30pm Skrillex (Honda) – I was prepared on Weekend One to have Eminem finish out my Saturday night, but I wasn’t really familiar with his new stuff and it didn’t grab me, so we bailed and went to Skrillex. This EDM DJ certainly knows how to work a crowd, and you will be glad you saved up your last ounce of energy to shake it through his high-energy set.

11:30am Haerts (Miller Lite) – This electro-pop band will start your day three off on the right foot.

12:15pm MØ (Honda) – This Danish-based 23-year-old (aka Karen Marie Ørsted) brought a high-energy show on Weekend One and got the crowd energized.

1:00pm Reuben and the Dark (Miller Lite) – The band reminded me a teeny bit of Mumford & Sons.

2:00pm Kongos (Samsung) – You’ve probably heard the song, “Come With Me”, which seems like the perfect anthem for an outdoor music festival.

3:00pm Real Estate (RetailMeNot) – To me, the songs sound like they’d be part of a summer soundtrack or playing while you are driving through the countryside (listen to “Talking Backwards” and see if you agree.)

4:00pm Fitz & the Tantrums (Honda) – Fun and danceable, and the band keeps the crowd engaged when energy levels might be lagging. Find shade if you can, as the sun can be brutal at that time of day.

6:00pm Spoon (Honda) – Local favorites Spoon are keeping their fan base happy with tunes from their latest album.

7:00pm Lorde (RetailMeNot) – Lorde was the big draw of Weekend Two. Although I’ve heard enough of some of her songs, I’d be curious to listen.

8:00pm Pearl Jam (Samsung) – I didn’t regret staying for Pearl Jam’s whole set. These guys know what they are doing. 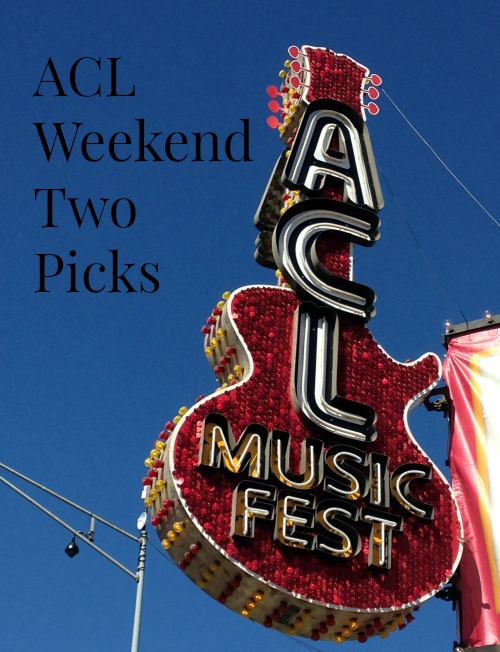 Don’t forget that Red Bull TV will be livestreaming parts of Weekend Two, in case you need to head home early or if you ended up without a wristband this year.

Weekend One peeps, who was your favorite? Weekend Twogoers, who are you most looking forward to seeing? 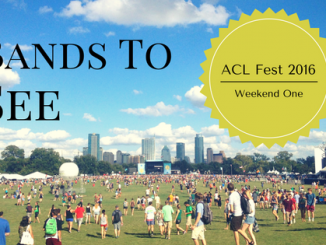 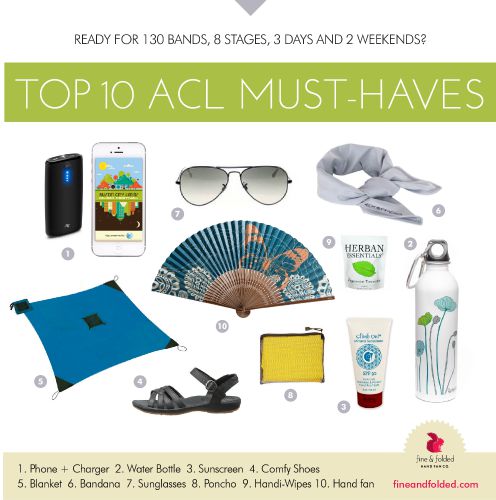 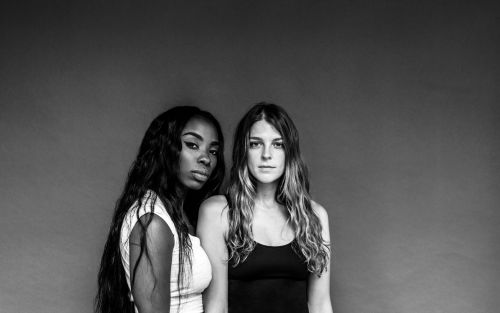