[author] [author_image timthumb=’on’]http://www.livemom.com/wp-content/uploads/2014/09/rene.jpeg[/author_image] [author_info]About the author: René Craft is an Austin-based blogger and communications consultant. She is also an advocate and public speaker on issues related to disability rights, autism and orphaned children. Her travel and autism writing have appeared in the Austin American-Statesman, and she has given testimony on disability issues at the local, state and national level. In a previous life, she worked in international public relations and corporate philanthropy. She lives in Austin with her very patient and level-headed husband, her amazingly artistic/autistic son and her beloved daughter whose outgoing personality rules the house.[/author_info] [/author] 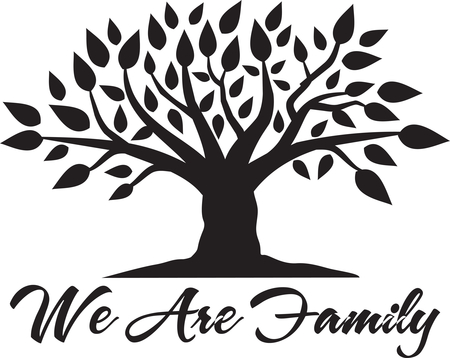 When my husband and I decided to adopt our second child from Ethiopia, we had little or no knowledge of adoption etiquette. We were probably very insensitive to friends that had adopted before we knew the “language” of adoption. I don’t want you to make the mistakes I’m sure I made. So, I’ve written this little guide as your go-to phrasebook for what to say and what not to say to a girlfriend that’s just told you the exciting news that she’s adopting a child…

5 things to say when your friend says, “We’re adopting a child”:

“I’m so excited for you. Is there anything you need for the nursery, or the room?”

“This is such a blessing!”

“You are going to be a great parent!”

5 things NOT to say when your friend says, “We’re adopting a child”.

“Is she your child?” They’re only saying this because she’s a different color. No one has ever asked me this same question of my biological son who is standing right there too. Children do not have to “match” to be a family. I’d love to say, “No, I just carry a stranger’s child around on my body and change her diapers out of the goodness of my heart” If someone is carrying a child of a different race, most likely that’s their child. It’s uncommon (though not impossible) to constantly carry a friend’s child around. Nine times out of 10, this person is their parent or guardian.<

“You know, adopted children are damaged goods”. This is not an exaggeration, I had an acquaintance take me to coffee and describe to me her friend’s friends adoption horror story just months before I was going to bring my daughter home. That’s like telling a pregnant woman about birth injuries the week she’s going in for labor. You just don’t do this. No matter that you just heard some horrible story on CNN or NPR about international adoption. It doesn’t help, and it doesn’t change my mind, but it does make me feel terrible and scared. You wouldn’t normally want to make your friend feel terrible and scared, right? That’s why this is on the Do Not Say list.

“Where did you get her from?” This sentence actually infuriates me. No one asks that of a newborn baby. No one turns to a new mom and asks her where she got the baby. My child is not a purse. I did not get her at Target. She is a human being. I think this is trying to ascertain the nationality of my daughter. But, really, why do you need to know? If you’re a close friend, you already know, if not, it’s really not your business. You could just say, “What a cute baby!”

And the worst of the worst, “How much did she cost to adopt?” This question has been asked in front of my daughter more times than I can count. This really shouldn’t require a reply. Just think about how rude that question is for a minute. If I answer, I just demurely say, “Having a baby is very expensive.” or I just stare at them like they’re from Mars.

Full disclosure: I’m sure that before I adopted, I said outrageous things too. Let Rene’s Little Guide to Adoption Etiquette help you be the friend that your adoptive mom friend looks forward to seeing! Adoptive moms are just like biological moms, we’re really proud of our kids and never tire of hearing how adorable and brilliant they are!