When the holidays roll around, I mentally prepare myself for the onslaught of…stuff. Granted, I only have one kid, and now that he’s older, the tide of things into the house has slowed somewhat, but I still regularly impale myself upon LEGO bricks or other various Nerf guns or other such trappings of kidhood which are strewn around the house.

In an effort to replace stuff with memories, I have always tried to come up with ideas of gifts of experiences to provide to gift-givers, and even wrote a post about that here on LiveMom last year. The funny thing is, when you are writer, your mom reads what you post, and so…voilà! Last year, my parents gave our family a carriage ride for a Christmas present. Win!

Since the months after Christmas are always our coldest here in Austin, it didn’t seem like a great time to redeem our gift certificate. Then soccer season started, for both my son and I, which meant both Saturdays and Sundays we had games. Suddenly, I realized we needed to do a carriage ride before the summer heat set in. I emailed Austin Carriage with a slew of questions, including: what times do you have available? Is there a better or worse time during the day to take a carriage ride? I received a once sentence reply encouraging me to call to set it up.

I called with a particular Saturday in mind, a few days in advance. We would be dropping off my son for a sleepover at the grandparents at around 5pm, so we were able to get a 4:15pm carriage ride, which was perfect. Our gift certificate was for a 30 minute ride. The person who booked our carriage ride let me know that the driver would meet us at the State parking lot at 11th and Congress. Although it had been unseasonably cool, we dressed for the sunny day, packed up our sunglasses (and a hat for my son) and headed downtown.

When we arrived at the Capitol, I remembered that there are two parking lots at 11th and Congress. We drove into the one on the west side of the street, looked at all the signs and realized it was free parking on Saturdays. Score! Note: I called around and the lot is somewhat new and no one could really tell me what the parking rules were, so hopefully we were parked legally. I’d recommend planning 10 minutes or so to find a spot, and to be on the safe side, to plan on finding street parking.

A few minutes after we arrived, we saw the driver pull up across the street, so we crossed and got onto the carriage. The driver asked us if we wanted to ride around the Capitol or on Sixth Street. We opted for the Capitol, and we started out on our ride.

I immediately realized that with the three of us, we could have easily fit another few people on the carriage, and regretted not asking my parents to come along for the ride. Had I done my research, I would have seen on the Austin Carriage website that the carriages fit six average-sized adults. Riders under 16 years of age must be accompanied by an adult, and children over 4 are counted as a seated passenger. Kids under age 4 can sit on a parent’s lap and aren’t considered a passenger. The website points out that seating might be tighter if occupants are wearing winter clothing (not a problem the day we went!) and blankets are available in the colder months. Although we didn’t really need anything for a shorter ride, you can bring drinks and snacks onto the carriage.

Our horse Dennis, who was smartly decked out in silver “nail polish”, plodded along at about four miles an hour, which was both nice, and at the same time, sadly unsettling. It was the mobile equivalent of stopping to smell the flowers: we noticed buildings we never had, appreciated architectural details, enjoyed the breeze and made small talk with the driver. I wasn’t sure if the ride would be a tour of sorts, with the driver telling us about local landmarks, but mostly we just rode. She was friendly without being intrusive, and offered information about some of the buildings we commented about. We learned that the owner of the company owned about a dozen horses out near Bastrop and that the driver’s favorite horse had been “retired” from service. Over the 12 years she had been driving carriages, traffic and congestion had understandably made the job a bit harder. And yes, if you were wondering, she does have a license to drive a horse, although she said the test does not involve parallel parking (although she said she had needed to do that a few times).

I was quickly thankful we had chosen to take the ride that day instead of when it was warmer. As it was, with the pavement and the sun, we were all pretty sweaty by the end. The driver confirmed what I expected: most rides take place during the holidays. Rides are available on weekends between 11am and 6pm and from dusk until 11pm on Friday or Saturday nights. In the (rare) case of rain,  the Austin Carriage website mentions that your time can usually be changed with no charges incurred. Downtown street closures of course also affect the ability of carriages to run. Probably five people driving or walking by asked the driver about how to reserve a carriage during our ride alone.

Due to the pace of our steed, I felt that 30 minutes seemed like an adequate amount of time to ride. We had been going all day at the West Austin Studio Tour, so it was really nice to slow down and enjoy the ride. My husband was feeling under the weather, so he was mostly quiet, as was my son, so I wasn’t really sure what they would say after we disembarked. “That was the most awesome thing ever!” declared my son, excitedly. “That was pretty cool,” admitted my husband. It just so happened that our carriage ride was right before the Preakness (I couldn’t have planned that any better!), so we stopped my parents’ house for a little while to watch the ride. After we dropped my son off, we headed back downtown for a rare date night, so it was a great day.

I’d definitely do another carriage ride for a special occasion, and would consider inviting other people so it was a full carriage. The driver mentioned that the carriages are decorated for the holidays, and I think it would be fun to take a special nighttime ride. I’ve also noticed that Austin Carriage holds a toy drive for Blue Santa each year. On the second Wednesday in December, you can exchange a new, unwrapped gift for Blue Santa for each passenger at the Central Downtown Fire Station at 5th and Trinity for a 10-15 minute-long free carriage ride.

Have you ever taken a carriage ride downtown? Do you have any tips to share? 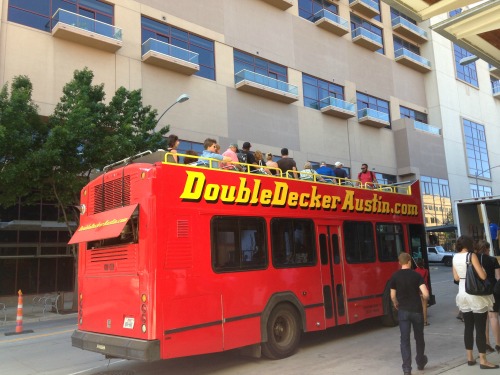 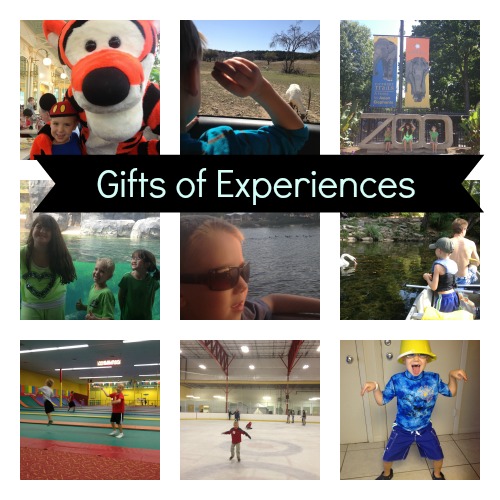 Think Outside of the Box: Gifts of Experiences