If you listen to KGSR or 103.1 iHeartAustin, it’s very likely you have heard “Sweater Weather“. My 8-year-old even knows some of the words (“Mommy, why is he singing about the holes in a sweater?”). The band behind the brooding, indie pop song which spent months on the top of the alt rock charts last year, The Neighbourhood, is made up of Jesse Rutherford on vocals, Jeremy Freedman and Zach Abels on guitar and Mikey Margott on bass (pictured above but no longer a part of the band is one of the band’s founding members, drummer Bryan “Olivver” Sammis).

It would be easy to assume the band is from across the pond, because of the spelling of their name, but in fact The Neighbourhood hails from California. Right now, the band is on a worldwide tour, having released “Honest”, part of The Amazing Spider-Man 2 Original Motion Picture Soundtrack, in April. Later this year, the band plans to release  #000000 & #FFFFFF (the HTML code for black and white, which is how the band explains its sound on its Facebook page), a diary of songs that are inspired by their time on the road. Three tracks are available now at Live Mixtapes.

The Neighbourhood’s El Tour Blanco will make a stop at Stubb’s outdoors on July 18th. The band was last in town during SXSW. Gates open at 7pm and general admission tickets are $27 plus fees. You can learn more about the show and purchase tickets here. 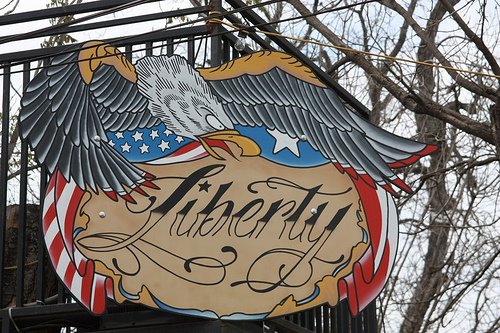