I have just completed an epic, kid-focused family vacation in southern California. My generous father wanted to take my three boys out to Anaheim, CA to experience the Disney magic in both Disneyland and the adjacent California Adventure Park. Each of my boys has gone through phases of complete obsession with the Cars movie characters, and my Dad really wanted to personally experience a walk down the streets of Radiator Springs with these number one fans of Lightning McQueen.

Not only did we have an inter-generational group in our party of eight (made up of my parents, sister, husband and kids) we also had different tastes in attractions as well as levels of stamina for lines, crowds, etc. But I will say this, there really is some sort of magic in the way that Disney operates. There are seemingly endless options for anyone’s interests in the parks with rides, shows, dining, etc. Everyone in our group had a truly fantastic time in the “happiest place on Earth.”

My father did all of the planning — for which I am extremely grateful — and this means that I got very lazy about doing any of my own research before heading to the Disney parks. We were staying in a condo (found on HomeAway.com) that was just a short walk to the parks, and an even shorter walk into Downtown Disney (blocks of shops and restaurants just outside of the park gates) where we could hop on the Monorail into Disneyland. The condo proved to be a wonderful choice for all of us. We could come and go from the condo without the hassles and expense of finding parking at the Disney parks. We could also head back for lunch or dinner or simply a short break before heading back for evening shows. The condo also gave us the benefit of being able to cook many of our own meals, and share family time together at the pool, or on our back porch where we could see the nightly fireworks show coming from Disneyland. While I know that there are many perks that come with staying in the area resorts and hotels, this was a great lodging situation for our big family.

Even though I admit to having done very little research before the trip, I feel like I did pick up a few good tips that I am happy to share…

1. Get your tickets before you go. The lines at the ticket booth were very, very long. And the last thing you want to do is start your morning just waiting in the ticket line before you even get into the parks.

2. Get there as early as you can. Check the park hours before you go, of course, but during our trip, the parks opened at 8am and by 7:30am there were lines at the gate to get in. The park got much more crowded by 9am, so you can take advantage of shorter lines on the rides you want most in that first hour. (For our family’s Disneyland experience, we went straight to Tomorrowland at 8am, got directly on Star Tours, the Buzz Lightyear Astro Blasters, Autopia, and then turned the corner to Fantasyland’s Matterhorn Bobsleds without having to wait more than 10 min. for each! Success.)

3. Use the FASTPASS service for any popular attractions. A FASTPASS is available at a selection of rides in which you print a ticket that indicates what time you can return to bypass long wait times. Lines can be so very long on the more popular rides that it’s great to get those quick tickets that let you walk straight in and skip those long wait times whenever possible. *Note, in Cars Land, it is absolutely the best way to ensure that you’ll get onto the Radiator Springs Racers. The day we were there, the line for that ride was up to two hours long! But be sure you get a FASTPASS for this ride early in the morning because they were all distributed by noon that day. You can also get a FASTPASS for California Adventure Park’s “World of Color” (nighttime water and light show) that puts you in a good spot for viewing. For a list of all FASTPASS options, click here.

4. Pack snacks and water bottles. While we read that you are not officially allowed to bring in outside food, we noticed lots of folks pulling out snacks and sandwiches from their own bags. (Just sayin’.) You could save lots of money by packing your own snacks, which could also help minimize temper tantrums when the kids are hungry (NOW!) and you don’t want to wait in yet another line just for a little snack. At least bring an empty water bottle with you that you can fill up within the park.

5. Measure the kids height before you go so you can be sure to know if there are rides that they cannot go on. I noticed some disappointed faces from parents and kids when they realized that the youngest folks in their family were not tall enough to ride along with big brothers and sisters. It’s always best to know before you go. You can find the list of height restrictions here.

6. Consider bringing a stroller. Even if you think your kids are too old for strollers, you might want to consider using one in these big parks. There’s a lot of territory to cover, and little (and big) legs get very tired. I’ve read that it’s recommended to bring strollers for kids up to age six. My boys were convinced that they would not need one, but of course, my four-year used it the entire time. You can bring your own (I suggest the lightweight folding ones), or you can rent them at the park, too. Too bad they don’t have them big enough for tired moms and dads!

7. Be realistic about your schedule. There is no way to see everything in one day. If you have multi-day tickets, you’ll be happy to take your time and pace yourself well. But if you are trying to see it all in one day, be prepared to simply go with the flow. Make a list of your “must do’s” to tackle early in the day and know that you won’t be able to squeeze in everything that you wish you could. There’s simply just too many great attractions to fit into one day.

8. Have a plan in place in the event of getting separated. Especially if you’re with a big group like we were, have a plan for how to stay together and what to do if the kids get separated. While we were there we witness the scary situation of a child lost from his family. Thankfully, the Disney employees handled it very well and the child was reunited quickly with his father. It’s scary to think of little ones getting loose in such a large, crowded environment, but this type of things happens, and it’s best to be prepared in case of such a situation. We had read the suggestion of wearing all the same shirts or wearing the same colors, but we never got that organized. We did however, identify a meeting place if needed. And we asked our kids to practice saying their name, mom and dad’s names and phone number, and we pointed out how to identify helpers — you can show them what Disney employee’s uniforms and name badges look like upon entering the park. You can also write down pertinent information such as adult’s name and cell number and place that info onto a little card that can go into your child’s shoe or on a sticker that could go into a pocket or stuck on the inside of a shirt. This can keep such information private but make sure that the children have it if they need it.

9. Don’t pass up the perfect souvenir. I was raised as a discount shopper. I am always looking for deals and bargains, so I wasn’t really prepared to do any souvenir shopping, which generally seems so pricey. BUT, the gift shops within the parks have some really adorable toys, gifts and apparel. In fact, there were some really cute items in Cars Land that the boys wanted, but I promised that we would stop into the giant Disney Store in Downtown Disney before leaving California so that we wouldn’t have to carry our purchases around the park all day. Oh my, that was a mistake. It turns out that the items that the kids picked out were EXCLUSIVE to the park and were not available at the Disney Store or elsewhere. So, if you see something you really must have, get it when you see it to avoid regrets. But if you are sticking with a tight budget, keep in mind that there is a Disney Outlet Store in the Round Rock Premium Outlets, so you can stock up on Disney t-shirts or other items before or after your trip and save some money.

On a related note, I would suggest you take your own glow sticks or flashlights for any late night events that you might want to attend. We enjoyed nighttime shows at both Disneyland and California Adventure (both “Fantasmic!” and “World of Color” were really terrific), but the kids had major glow stick envy while there. As adorable as the glowing Mickey Mouse ears are, I didn’t want to spend extra money on such items, and packing our own glow sticks would have been a great way to to. Plus it gets really dark as you try to exit the park afterwards, so a little extra light would be good for little ones.

10. Do a little research about rides and attractions before you go. Are your youngest kids are fearful of scary villains, loud noises, dark spaces? Try to do a little reading about the rides and shows in advance so you can avoid any unpleasant experiences or surprises. You can also scan the daily calendar in advance to know schedules and locations of character meet-and-greets or shows.

There were SO many fun aspects to our Disney trip! I couldn’t possibly list all of our favorite moments. Overall, the consensus was that Radiator Springs Racers was everyone’s favorite ride. But here are a few top picks from my family, by age: 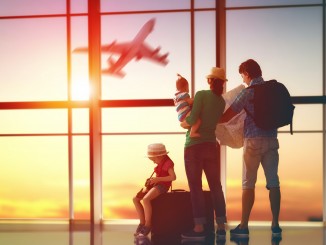 Ask the Expert: Traveling with Children 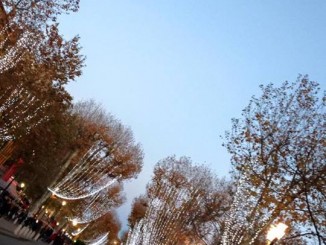