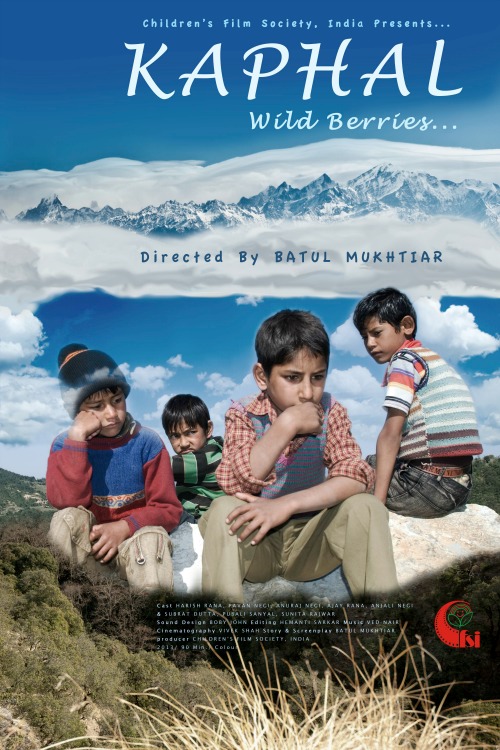 Are you physically unable to turn on the movie Frozen another time? Do you tire of the storylines in the animated shows your children watch? Have you been tempted to hide your child’s copy of Captain Underpants?

If so, you might want to know that for the first time, local film production company Indie Meme is bringing an Indian’s children’s film to the big screen in Austin. Founder Alka Bhanot, based right here in Austin and mama of two, started the company in February of last year to connect Eastern filmmakers to audiences in the United States. Since then, Indie Meme has screened seven films in Austin and six films in other cities across the country. “We hope to engage, involve educate and at times enlighten our audiences,” Alka explained. “Our primary purpose is to start a dialogue and our biggest achievement would be to bring about change. We believe in the power of cinema.”

Alka is no newcomer to the entertainment industry. After getting her start in television production and a stint as the Executive Producer of India’s first late night show, Movers & Shakers, Alka moved to the Austin area and began working on movies. She worked on Bryan Poyser’s film, Dear Pillow, which won Best Narrative Feature at the Atlanta Film Festival and on two documentaries, Be Here to Love Me and Sunshine. Alka was also part of the production staff for an animated kids series, The Trevor Romain Show, which aired on PBS.

Kaphal is a feature-length film which was recognized as Best Children’s Film at this year’s Indian National Film Awards. Filmed in Hindi (kaphal translates to “wild berries” in English) with English subtitles by Batul Mukhtiar, Kaphal tells the story of two young boys who are reunited with their father after a five-year absence. After a not-so-rosy reunion, the boys decide to enlist the aid of a witch living in the forest to make a potion to rid themselves of the man they suspect is not really their dad, but actually an imposter. The boys learn many things as they execute their plans, including that people are not always what they seem and that magic can work in unpredictable ways.

“Kaphal is silly, fun, entertaining and every bit what childhood is like for a lot of us, but set in a very different space,” said Alka. “I think it will be certainly very different from what kids are used to these days. While it may lack all the action, animation and instant gratification children have grown used to, I believe the story is still easy for kids to relate to.”

Kaphal Trailer from IndieMeme on Vimeo.

Indie Meme will be donating a portion of the sales from each ticket to the Chula League, a local nonprofit to support the arts, art education and artful outdoor spaces in East Austin.