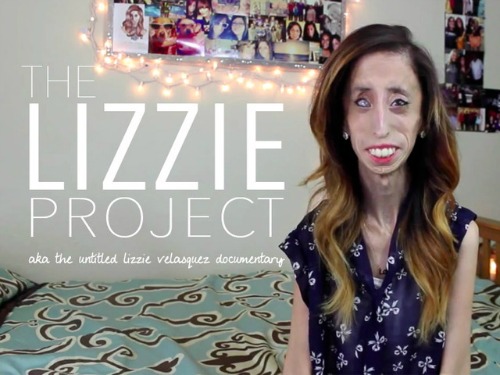 As parents, it’s incredibly hard to see our kids suffer. We may repeat the phrase we were told when we were young, “Sticks and stones may break my bones, but words will never hurt me”, but we all know the truth: words do, and often can hurt, even for us adults.

I also don’t need to remind you that we are in a new brave new world of parenting, where meanness can now leave the playground and extend to the online world. Civility and decency can seem the exception, and not the norm, as adults and kids hide behind a cloak of anonymity and unleash a torrent of words no person would ever say to someone’s face. For every puppy video that makes us smile online, there are 10 comments which we wish we didn’t see attacking an innocent stranger.

Perhaps that’s why Lizzie Velasquez’s story hit home for so many people. Lizzie was born with an extremely rare syndrome which prevents her from gaining weight. Lizzie’s parents, Rita and Lupe, were told by doctors not to expect their daughter to reach physical and developmental milestones. When Lizzie was just 17 years old, she found a video on YouTube calling her “The Ugliest Woman in the World” with horrible comments, suggesting she “do everyone a favor and just kill herself.”

Lizzie didn’t let the video or comments stand in the way of reaching her goals. Now, at the age of 25, Lizzie has achieved more than many of us will in a lifetime. After graduating college, Lizzie became a published author and is a motivational speaker. Just last December, Lizzie was a speaker at the TEDxAustinWomen conference. Her TED talk has been viewed over 9 million times, giving it the distinction of being the most-watched talk ever, which is saying a lot if you are like me and love to watch these thought-provoking videos.

Now Lizzie has set her sights on making the online world a nicer place. A team, including Austin native Sara Bordo, has launched a Kickstarter campaign to raise funds to film a documentary about Lizzie’s journey and to show that it’s possible to come out on the other side of bullying. The campaign ends on May 31st, and at press time, a little over $75,000 needs to be raised for the project to be funded. Here’s Lizzie talking about the film and the impressive list of backers so far: