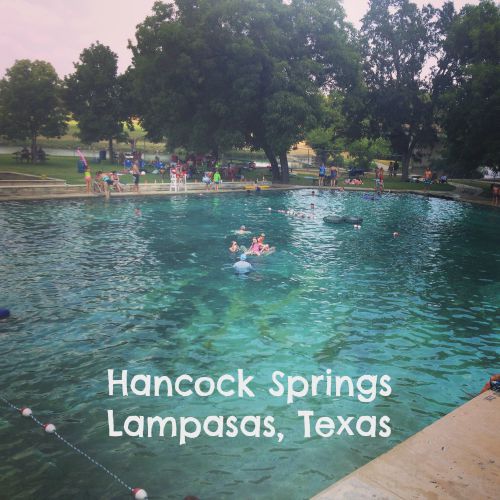 There is always a distinct point during the summer when it’s simply too miserable to be outside. Whether you’ve just left the comfort of your air conditioned car or the refrigerated aisle of the grocery store, it’s just uncomfortably hot outside in Texas during the summer. We’re lucky to have so many places to choose from right here in Austin to cool off, but I’m always looking for new places to enjoy.

I don’t recall quite how I heard about it, but somehow I found out about Hancock Springs in Lampasas. We had a free Sunday in mid-August to check it out, so we loaded up my husband, my 9-year-old son, his friend and my husband’s co-worker and headed out for the 68-mile trip from Austin.

I was hoping to find a place in Lampasas for lunch, and had read about Eve’s Cafe on the Square, which is a German restaurant in historic downtown Lampasas, but since it was Sunday, it was closed. Next time.

There is something I really enjoy about driving through small towns and the Texas countryside en route to our adventures. Maybe it’s growing up in Texas and having similar road trips as a kid. Maybe the time in the car just builds up the excitement. Somehow, the drive didn’t seem to take long to arrive at Hancock Park, which is located off of Highway 281. 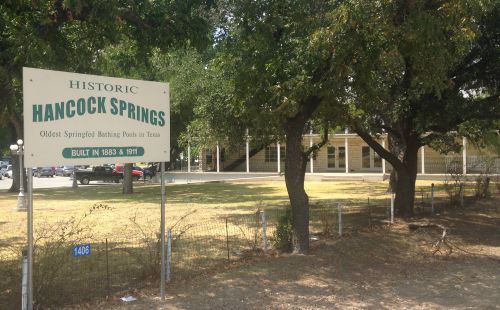 Hancock Park is 109 acres and includes the swimming area and the Hostess House. A golf course is located to the south of the park and Sulphur Springs, into which Hancock Springs flows, wraps around the park. Sulphur Springs eventually drains into the Lampasas River. Hancock Springs became a popular tourist destination in the late 1800s after white settlers found Native Americans taking advantage of the curative powers of the sodium-chloride-laced water. A town soon developed around the Springs, and freight routes and cattle drives came through the area. The name Hancock Springs came from landowner John Hancock. Hancock Springs gained fame as the South’s finest health resort after promoters of the Santa Fe Railway purchased the land and built a 200-room “Park Hotel” with a boardwalk to the springs, bathhouses and other amenities. After its heyday, the hotel closed and served as a college until it burned in 1895.

In 1911, excavators dug out the foundation for the spring-fed swimming pool, which holds 300,000 gallons of water. The two-story Hostess House, which overlooks the pool, included a reception hall and a changing area for the Springs, and was a popular live music venue. In 1936, the park was purchased by the City of Lampasas. During World War II, the U.S government leased Hancock Park as a recreation area for soldiers from Fort Hood. The pool has remained a popular spot for locals and visitors alike.

The pool is not large, but was not very crowded when we visited. The water is a constant 69 degrees, year round (similar to Barton Springs). There are three sections, and one smaller shallow area, which is three feet deep. There is a diving area, but no diving board and the deepest part is 8 feet deep. There are lifeguards and restrooms, and the pool is open from early June through late August. Admission is $3.50 for adults and $2.50 for children.

Many locals had set up picnics on tables scattered throughout the grassy area, and there was a gazebo where you could also park your things. Mature trees provide shade for a good portion of the park. It was clear many visitors planned to spend the entire day at the Springs. 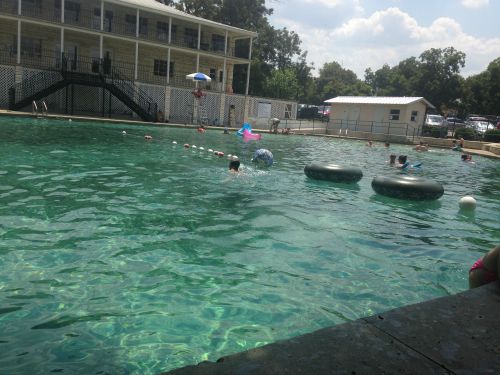 The water is certainly chilly, but was very refreshing. Floats are allowed in the swimming area.

Was the visit worth the drive? To me, it was. As I mentioned earlier, I would have liked to combine our trip with a visit to the historic downtown area or had a meal there to really experience Lampasas. How does Hancock Springs compare to Barton Springs, Deep Eddy, Krause Springs and Blue Hole? Well, the pool is probably smaller than Deep Eddy, but I found it to be a lot less crowded than any of the aforementioned pools during the peak of summertime (and the accompanying crowds) in Austin. If you are looking for a change of pace, want to avoid the crowds or simply are curious about other small towns in Central Texas, this might be a place to explore.

After a few refreshing hours at Hancock Springs, we headed back to Austin, excited to have checked out another one of the few free-flowing swimming pools in the state and experienced a little part of Central Texas history. 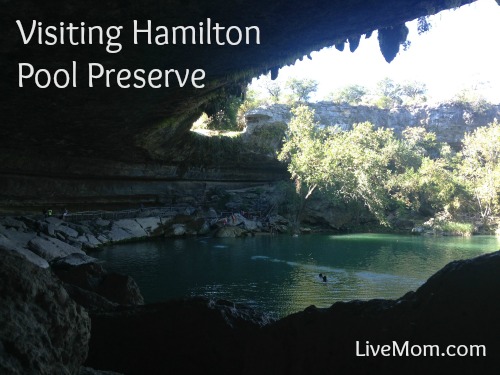