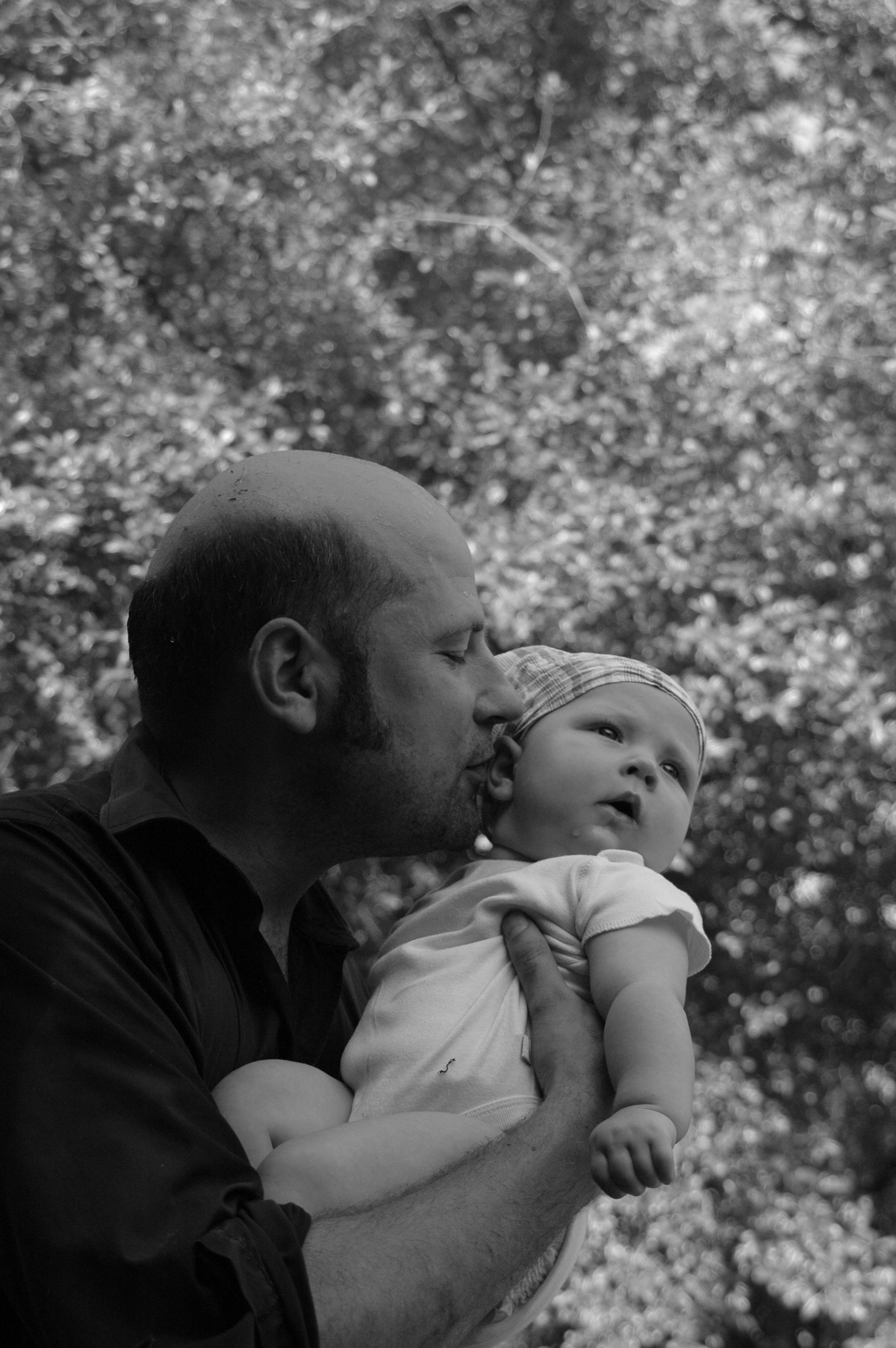 I find it very heartwarming whenever I see a Dad interacting with his child. I grew up separately from my own father and he is still somewhat of an enigma to me. He’s not involved at all with his SEVEN children. While I can be incredibly sad sometimes that my father is so distant physically and emotionally from me, I have learned to value the role my husband has with my children even more. I love when he plays with them and cuddles them, not only because it gives me a break, but because I know they’re forming a close relationship, one that will last a lifetime. I see the pride in his eyes when the kids do something that he taught them to do and the disappointment when he makes a mistake with one of them.

I was at the park today and couldn’t help but notice a group of dads there with their children. There had to be about ten of them with at least two kids a piece. I sat on the stoop and watched my daughter play with pebbles. In between pulling pebbles out of her mouth, I would look up at the dads, converging around the swings, getting ready to dish out some snacks. And man, they had some good snacks. A big bag of beef jerky and what looked like a ziplock bag full of candy. I admit that I began to eavesdrop. I wanted to know what they were talking about. Were they gathering to talk about manly things, like football and car repairs? Nope, they were figuring out which child had an allergy to peanuts and talking about plans to go to a new wine store that recently opened up. They talked about what they did for Christmas and about the presents they received. One of them said he got an XBox with true pride in his voice.

Needless to say, I left the park that day very happy. There were no meltdowns, no tears or falls that I had to take care of. It was just a nice morning. And the sight of all of the proud papas made me smile even more. Dads these days seem to be taking on a more interactive role in the family and my hat goes off to you all for juggling just about as well as us moms. Hopefully those kids will never know how it feels to not have a dad around and will be thankful for the sacrifices they have made to have a happy family. I’m wondering what your family does to make dad feel special? And, if there is no dad in the picture, how do you make your kids feel like they are still important to him?

Made in the Shade: Best Parks to Take a Break from the Sun