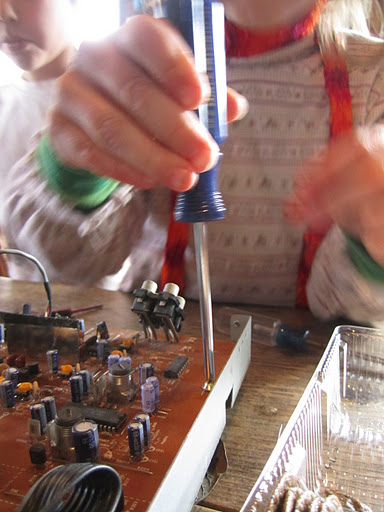 This pattern is repeated about a zillion times when you have a little person. Mostly, at first at least, it’s the parent (tirelessly) building, only to have the child gleefully knock down the stack of blocks or whatever building material you have chosen.

Then, one day, your kid starts to build things that he or she doesn’t immediately destroy. From that moment, a maker is born.

Austin is full of makers. From yarn bombers to street artists to app designers, Austin is now recognized as, among other things, one of the top cities for jobs, starting a business and, perhaps not surprisingly, for hipsters.

Hipsters and non-hipsters alike will have plenty to take in at the Austin Mini Maker Faire, which is taking place Saturday, May 12th from 10am until 6pm at Pine Street Station, the home of the HOPE Farmers Market. Modeled after community-driven Maker Faires in San Mateo, Detroit, Kansas City and New York City, Austin’s Faire is “mini” only when compared to its Bay Area Faire counterpart, which hosted over 700 makers in its sixth iteration (in its first year, Austin will host a respectable 65 makers). The Faire will showcase the maker culture, from arts and crafts to science and engineering projects and everything in between. Some of the planned activities include:

Although there will be a schedule of presentations by makers throughout the day, over 60 booths will be set up on a show-and-tell format, so that attendees of all ages can learn from the makers and help inspire conversations and learning. 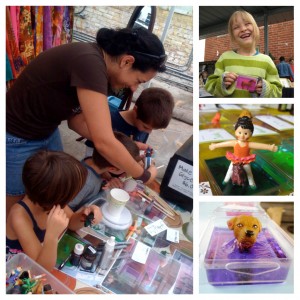 Kami Wilt remembers well the Maker Faire she attended in 2008 which led her to create the Austin Tinkering School, a place where children (and adults) can use real tools and materials to build the things they think of. “There could not be an event that was more suited to my tastes,” recalls Kami. “It was overflowing with wild and wonderful things people had dreamed up and built, like a life-sized version of the board game Mousetrap and car covered completely with Astroturf, and it was also full of crafts and skills and projects that you could actually dip in and try your hand at, like cob-building and sewing and silk-screening”.  She hoped to return the following year, but the event did not happen. After a few years of waiting, she realized that someone needed to step up, and that it may as well be her, along with her Tinkering School makers. “We have SXSW for music and EAST for artists,” Kami noted. “We need something for the Makers.” 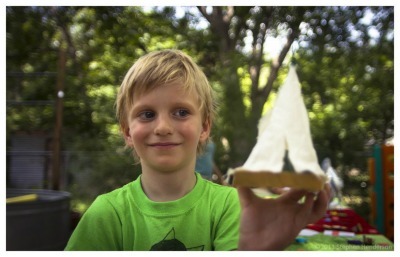 Do you have a mini-Maker? Are you planning to go to the Faire? What kinds of tinkering do your children like to do?