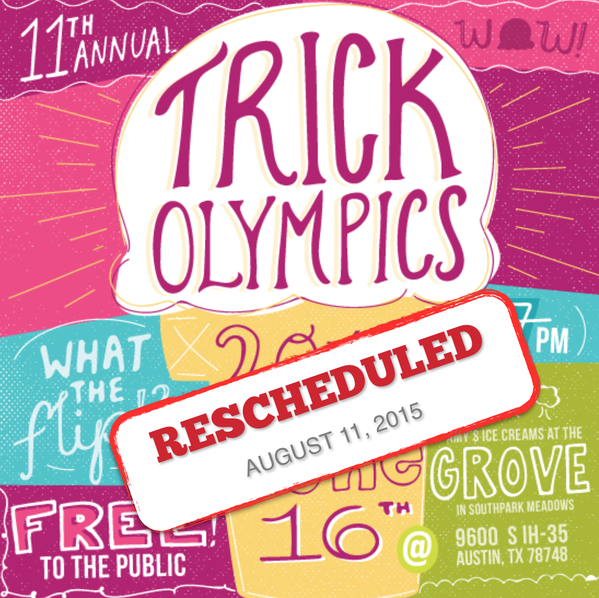 Amy’s Ice Cream’s Trick Olympics is back again for its 11th year of high flying, in your face, crowd pleasing ice cream action! Coming to you from the beautiful Grove in Southpark Meadows where last year hundreds of people came out to enjoy the spectacle known as Trick Olympics.

This event brings tricksters or ice cream acrobats from each of our 15 stores who compete against each other to claim the first place prize. Be sure to arrive early to get the best seats in the house because this year is fixin’ to be bigger and better!

When: Tuesday, August 11th at 7pm (postponed because of inclement weather)

Here’s what you can expect to see at Trick Olympics!

1) All of your favorite tricksters from across Texas under one blue sky ready to go head to head for the gold.

2) There will be three events for scoops to compete in. Here is a breakdown on each event:

Competitors spend hours perfecting a string of tricks to pump up the audience. Judges are not only looking for form and difficulty of the trick but looking at how, YOU the audience is reacting to those jaw dropping acrobatics. Tricksters get three chances to successfully complete their trick,  the amphitheater fills with anticipation, hearts guaranteed to stop for just a moment, BOOM! Landed it and the crowd goes wild!

Group Trick:
A team working together to bring a well thought out performance to the Olympics. These crafty competitors are expected to choreograph a moment and judges are looking at their chemistry not only each other but the audience as well. Expect to see skits performed, in previous years some of our most notable have been The Monty Python, Pee Wee Herman and even The Time Warp.

Trick Decathlon:
Decathlon is where the stakes are raised, the egos are high and the tricksters decide their fate. Our acrobats are given 10 tricks to complete in a race against each other. Combination of skill and speed sends ice cream flying through the air, first trickster to win their heat gets pushed into the lightning round, an old fashioned game of Horse!

Each event will send chills up your spine and smiles from ear to ear. The judges are paying close attention to crowd hype so be sure to cheer on your favorite trickster!

3) Ice Cream and treats will be available for your enjoyment! The wonderful crew at The Southpark Meadows location will be slinging cream, providing you with theatrics behind the counter.  The Amy’s Ice Creams Catering team will be outside to provide you with ice cream, cold beverages and bottles of water and we will have our bakery Baked by Amy’s join us! they will be selling their famous shortbread cookies that everyone should try out.

4) Trick Olympics is brought to you by the hard work and dedication of many of our artistic employees who are caring, devoted and passionate about helping the community. Each year we put on Trick Olympics to help support CASA of Travis County, a non profit organization that supports and promotes court appointed volunteer advocacy so that every abused and neglected child can be safe, establish permanence and have the opportunity to thrive. Amy’s will donate 20% of the days sales to this fantastic cause. Those who donate at a CASA booth will be entered into a raffle to win $500 dollars worth of swag to your favorite Austin businesses.

And there you have it ladies and gentlemen! Four things to expect on June 16th. Be sure to bring your fold out chairs, picnic blankets and sun umbrellas. Everyone who loves ice cream and loves to have fun is welcome! 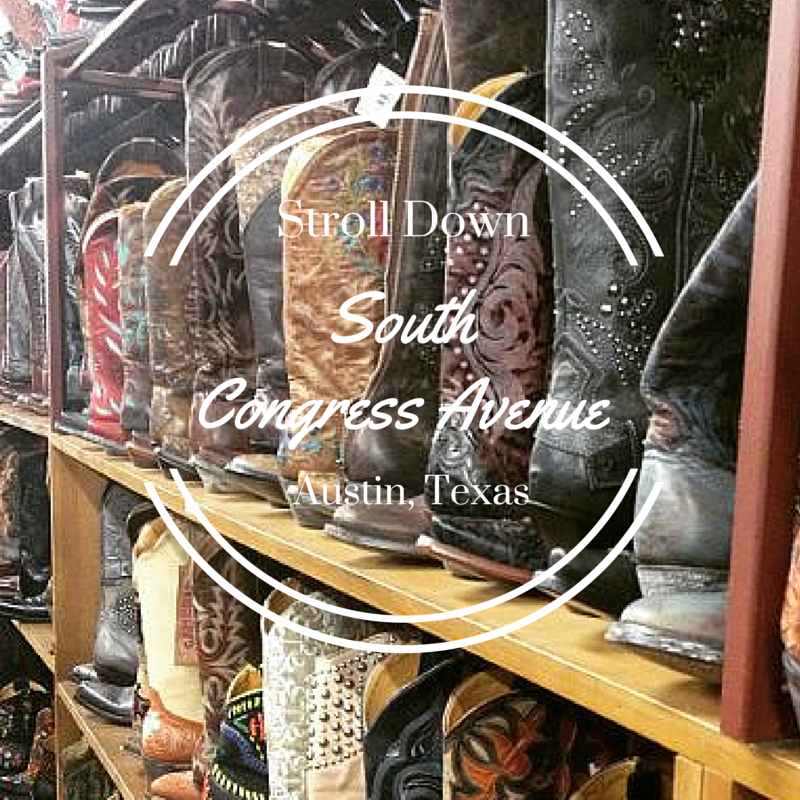 A Stroll Down South Congress Avenue