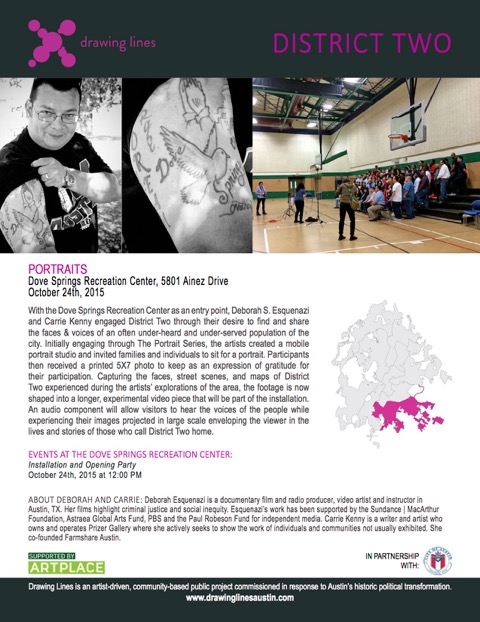 Drawing Lines, a highly anticipated public art project focusing on Austin’s citizen-driven transition to a new political system of geographic representation, will be unveiling all ten artists’ projects in the coming months. All of the Drawing Lines events are free and open to the public, with the Portraits opening party at the Dove Springs Recreation Center in District 2 from 12-2pm on Saturday, October 24th with Deborah S. Esquenazi and Carrie Kenny.

With the Dove Springs Recreation Center as an entry point, Deborah S. Esquenazi and Carrie Kenny are engaging District Two through their desire to find and share the faces and voices of an often under-heard and under-served population of the city.

Initially engaging through The Portrait Series, the artists created a mobile portrait studio and invited families and individuals to sit for a portrait. Participants then received a printed 5X7 photo to keep as an expression of gratitude for their participation.

Discovered through the The Portrait Series, resident stories were recorded to be told in greater depth and dimension. Capturing the faces, street scenes, and maps of District Two experienced during the artists’ explorations of the area, the footage will be shaped into a longer, experimental video piece that will become part of a documentary installation. An audio component will allow visitors to hear the voices of the people while experiencing their images projected in large scale enveloping the viewer in the lives and stories of those who call District Two home. 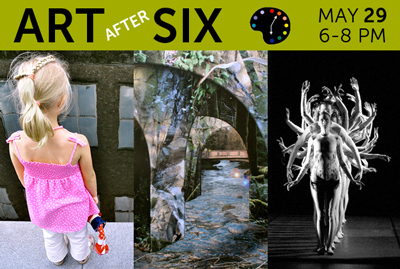 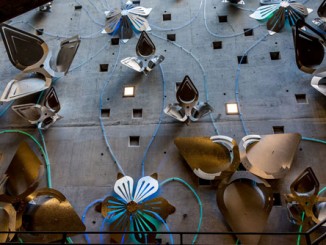