The LMNO Show is a new series that brings much loved music for families to the Austin Scottish Rite Theater. The second show in the series is happening on Saturday, December 13, 2015 at 4pm. I know it’s a busy time of year, but Gustafer Yellowgold is a must see and is sure to delight all ages in your family!

Since his creation by Morgan Taylor in 2005, Gustafer Yellowgold has become an international phenomenon, acclaimed by The New York Times, which described Gustafer as “A cross between ‘Yellow Submarine’ and Dr. Seuss.” Entertainment Weekly praised “The most infectious original songs. It’s like tapping into some pleasure center in the brain – both adult and kid… absurdly appealing.” 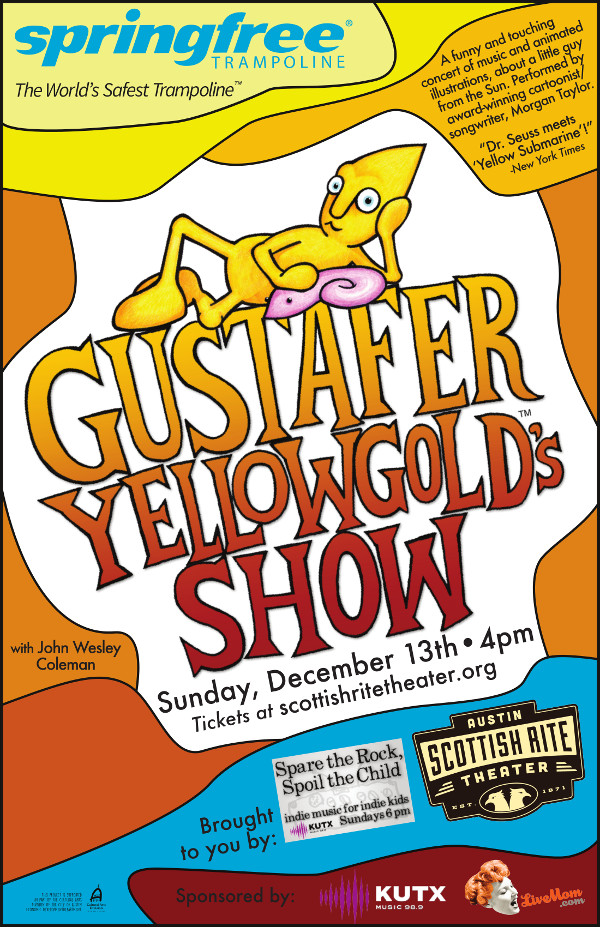 Gustafer Yellowgold’s Show is a multi-media performance of live music, colored-pencil animations and storytelling. With its unique crossover appeal, the show has been the wild-card opening act for Wilco and The Polyphonic Spree. Gustafer has appeared off-Broadway in his own productions of Gustafer Yellowgold’s Mellow Sensation and Gustafer Yellowgold’s Infinity Sock. Gustafer the character is a friendly creature who came to Earth from the sun and is living out an explorer’s life in a slightly psychedelic version of the Minnesota woods.

What: LMNO Show with Gustafer Yellowgold

Presented by Scottish Rite Theater and Spare the Rock, Spoil the Child. Sponsored by Springfree Trampoline, LiveMom.com, and KUTX 98.9. 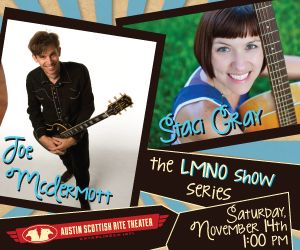 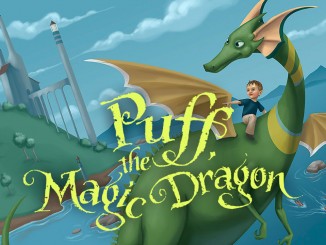