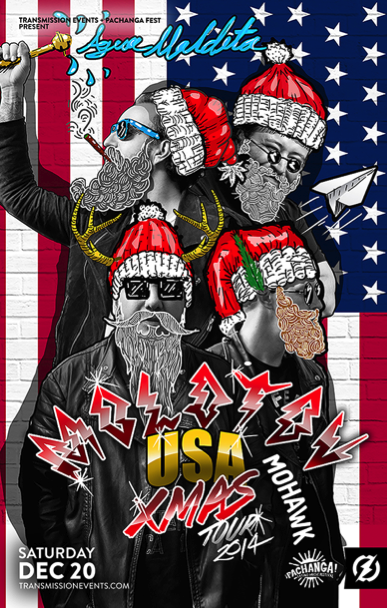 Molotov’s album Agua Maldita recently received the Latin Grammy Award for Best Rock Album at the 2014 Annual Latin Grammy Awards (the band also won this award in 2012 for their album,Desde Rusia Con Amor). Their album ¿Dónde Jugarán Las Niñas? went Platinum in the United States.In addition to their many accolades, Molotov has performed at Coachella Music Festival, on Mexico City’s Zocalo, and has had music featured on the hit AMC series, Breaking Bad.