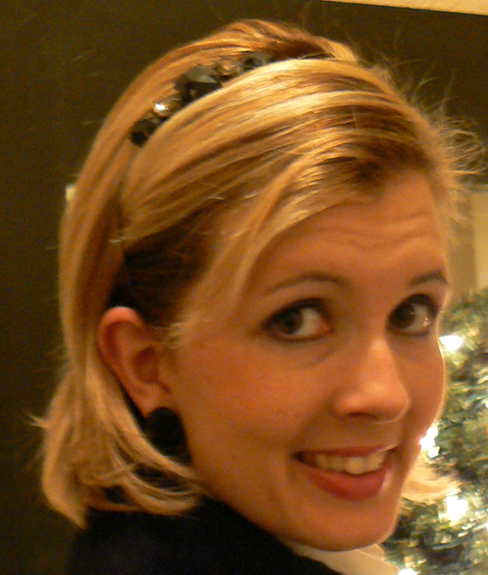 How do you manage, with so many blogs, a career and a family?

First, I’m a stepmom who shares kiddos between Austin and Oklahoma, so our weekdays are sans children which helps time management. When they are here at home, I simply disconnect from the computer. I used to set a timer and resolve to spend a certain amount of time on the computer and focus on work and family when not on the computer. Since that didn’t work with my perpetual CPAM (constant partial attention mode) and our business became focused more online anyhow, I simply spend a massive time on the laptop which lives with me in the living room. The juggling is about prioritizing, finding shortcuts and time saving tools and always being willing to drop everything for family.

What’s serves as your inspiration for hopping out of bed every morning?
Life is really good right now- I start each day by thanking God for my health, my husband, my children and a roof over my head and give my day to Him (which personally helps me so much). After that, I remember that I deal with east and coasters a lot so before I wake up, my Inbox has hundreds of emails from west coasters after I went to bed and east coasters before I woke up… so it’s more fire under my butt than inspiration!

How did you meet your husband?
Starbucks. Lame, but true- I was in college and I had to get away from roommates to focus on studying. He thought I was cute (I was) and I thought he was too. A year later, in the 360 bridge lawn, he proposed, I cried, we married and life wouldn’t be complete without him. And yes, we still go to Starbucks every day and it’s still romantic!

What is your greatest strength?
Rapid thought. I read, type, and process faster than many people, so I am able to effectively multi-task. I wish it was that I was a genius or that I was the kindest person ever, but I’m still working toward those things!

Tell us one of your secret indulgences.
Hands down, it’s white cheddar cheez-its… I have to ration them so I don’t eat the whole box! It’s an illness, I think.

If you were portrayed in a movie, who would play your character?
Although I would want it to be someone perky and cutesy like Sarah Michelle Gellar, or graceful and stylish like Charlotte on Sex in the City, it would most likely be the awkward Terri Hatcher as Susan on Desperate Housewives. There’s an image of myself that I have in my head and then there’s the reality that I’m quirky and can be clumsy!

What would your theme song be?
Either the theme song from Sanford & Son because it’s been stuck in my head at least once a day since I was 10, or Cypress Hill’s “Insane in the Membrane.” I’m torn. What do y’all think?

How have you had to change since getting married and having an instant family?
I’ve had to learn patience and humility. Sharing parenthood with three other people is challenging and I have to remember my role and be able to step back when it’s not my time to speak up. Any marriage requires patience (which I’m already short on) as does handling the stress of joint custody across state lines.

If you had the power, what would you change in the world? What about Austin would you change?
I have a million Miss America answers, but my serious answer would be that globally, if people would be less egocentric and better relate to and connect with people that they don’t understand so there is less fear, there would be less hate, less anger, less war, less famine, less pain because in that human connection, we naturally desire to help those we connect with.

In Austin, we have made a great effort to lobby against the unnatural destruction of the vegetation. I know, I know- I bleed republican, so this goes against everything in my north Austin suburb essence, but here goes… Commercial and residential developments are required to have a great percentage of the land as “green space” with trees and the like, usually around 20%. What isn’t required is for that green space to be the EXISTING trees and vegetation, so developers (even those I have worked for) level the entire land and then replant a few wimpy trees. Say adios to our live oaks and cedar trees because it’s cheaper to excavate the entire site. I would mandate green space be existing vegetation, not Canadian mini-aspen transplants.

What is your best childhood memory?
When I was little, we lived in Buda and the acreage was massive- it was a sea of hip-high native grass. I remember when I was 4, my dad (who raised me) was going through a divorce with my mom. He was holding me on his hip as we stood in the pasture and pointed to a break in the clouds where a select few rays of sunshine pointed down to earth like God highlighting his creation with a tiny spotlight.

“I wish you were a little older so you could remember this moment,” he said. “I’ll remember, daddy.” “No honey, when you get older, you won’t remember. But let’s remember it right now.” I still recall the warmth of his arm holding me up and the ambience of that overcast day like it was yesterday.

If you had a million dollars, how would you spend it?
If I had earned it and it was in my bank, I would likely invest it in properties with a high appreciation rate to grow it for my children’s future and for charitable causes. If I won the lottery or someone handed me a million dollars, it would be much easier to cut a check to send to Kenya where my grandmother now lives in an orphanage and tends to the children. Either way, it wasn’t my money to begin with and understanding that it was a gift from God makes it so much easier to part with and share with those who don’t have any.

What’s your dream vacation?
Royal Caribbean cruise to the Mediterranean sea. I went on their Caribbean cruise and it was so awesome- your room is cleaned for you, each day is a new location, a new adventure, and the food is SO awesome! Plus who doesn’t want to wear a ball gown in Spain?

Who is your greatest influence?
Currently, it’s my husband. I know I’m supposed to say Ghandi or Van Gough, but it’s my husband. Before I knew him, I was less secure in every aspect of my life but now, I’m confident in my abilities. With him, I’m constantly challenged to grow intellectually and emotionally and it’s great to grow with him. We have a really good time and are always laughing together. He’s the reason behind most everything I do!

What has been the toughest challenge in your career as step-mom?
Well, I’m also a stepchild, so I had an idea of the complications of stepmotherhood before it became a reality. It’s difficult that they go to school so far away- I can’t just walk into a classroom and say “hey, do this better” or “hey, what’s the real story,” so the disconnect can be extremely frustrating.

What is the one thing that you want your children to know before leaving home?
We put a great deal of emphasis on our Catholic faith- we hope they know the basics with which to guide their life. Love people around you even when they don’t love you back, be forgiving even when you’re not forgiven, have hope because wonderful things lie ahead, and don’t forget to call your parents every chance you get!

What’s your favorite band and movie?
It will shock many that I’m into hip-hop/rap, but I’m also into Christian music- my iPod is heavily circulating Kanye West (despite his crybaby nature), Fergie and David Crowder. I’m a mixed bag.

I think it should be something like Gone With The Wind, but I lean heavily toward comedy, especially if it’s inappropriate. My top 3 are Superbad, 40 Year Old Virgin and Talladega Nights. Now you have me laughing just thinking about them!!!