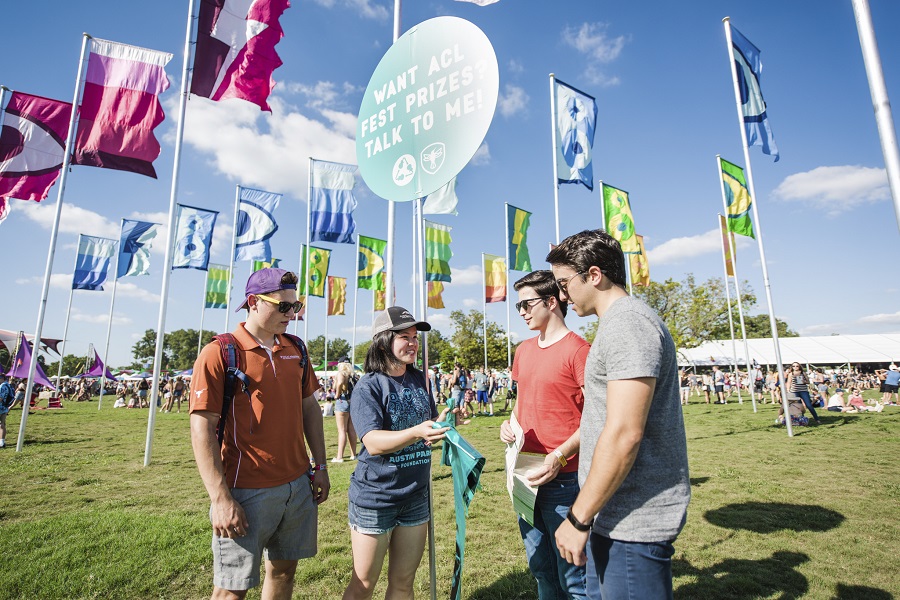 For its third year, Austin Parks Foundation (APF) is presenting Rock & Recycle and Divert It! during both weekends of the Austin City Limits Music Festival at Zilker Park. Rock & Recycle seeks to enhance the festival’s greening initiatives by encouraging festival-goers to join in recycling and sustainability efforts. Divert It! enlists volunteers to encourage and educate attendees by helping them compost, recycle, and send less waste to landfills.

Through Rock & Recycle and Divert It!, ACL goers have an opportunity to educate and involve Austinites in practices that are being implemented throughout the city, in part due to these programs. The thousands of attendees and hundreds of volunteers who aid in festival upkeep are an integral part of making Austin’s nearly 300 parks and green spaces beautiful and accessible.

Rock & Recycle rewards fans for filling one bag of recyclables from the festival grounds with a commemorative ACL Festival T-shirt, all designed by local artists from the HOPE gallery. Participants will be entered for a chance to win a Fairdale bicycle each weekend and a pair of 2020 ACL Fest tickets each night. APF will then set aside $5 per participant for the Recycling in Parks initiative, which aims to provide recycling in all of Austin’s 300+ parks.

Divert It! will have a larger presence on the grounds, and fans will be both encouraged and educated to divert waste from the festival toward composting efforts. Volunteers will be present at both food courts to help festival-goers correctly sort materials into compost, recycling, and landfill bins. During the 2018 ACL Fest, fans, volunteers, and staff helped divert 34% of waste from the landfill. 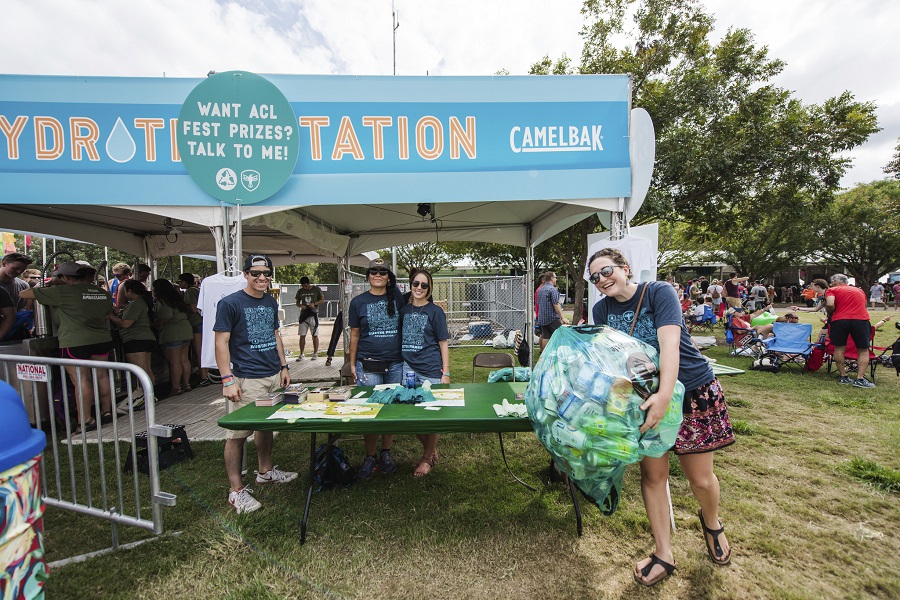 APF is also partnering with the following organizations focused on the environment, public space, and community engagement:

In 2018, over 300 volunteers led the Rock & Recycle program and more than 7,900 fest attendees participated in recycling efforts throughout the festival. Beyond these programs, attendees contribute to Austin’s green spaces by simply purchasing a ticket as a percentage of sales go back into our park system, which in turn contributed $5.1 million towards Austin’s green spaces last year alone. APF and ACL Fest’s signature greening programs are setting the bar for what is both acceptable and necessary. The City of Austin is also working to make recycling and composting more accessible in Austin’s public spaces year-round by partnering with Austin Parks Foundation and ACL Fest as well as other special events throughout the year.

For the past 14 years, APF has been the presenting partner and primary beneficiary of ACL Fest. The festival has contributed more than $35 million to Austin’s parks system, making necessary improvements possible to parks, pools, rec centers, trails, and greenbelts. Through the partnership between APF and ACL Fest, major renovations have been made to beloved spaces in the city, including $5 million towards Auditorium Shores renovation, $2.5 million towards Zilker Park Lawn restoration and tree care, $1 million towards Republic Square renovation, and more. 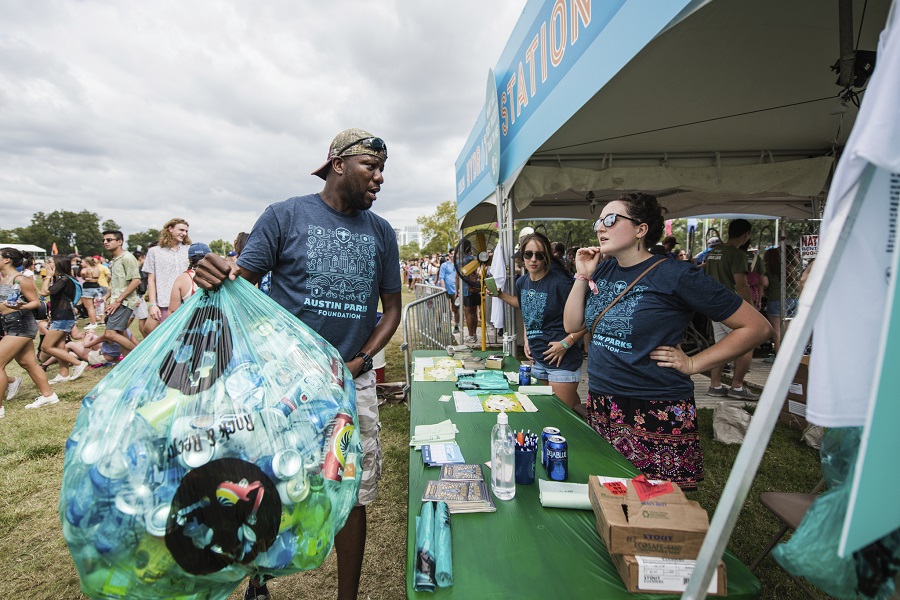