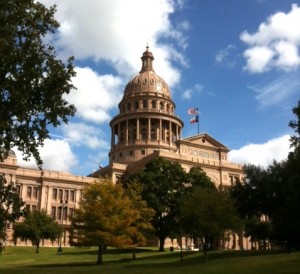 Looking back, 2012 may be the year when a million moms discovered their inner activist. There were elections to motivate us, controversies over women’s health, a major health reform law before the Supreme Court—and, of course, a gun tragedy that had us all seeking answers and ways to protect our kids.

The Texas legislature meets regularly only once every two years and only for 140 days, but you can bet a lot of lawmakers paid attention to last year’s news, too. Hopefully, the laws they’ll try to pass will help kids and families, but that’s not so clear yet. Here are 6 issues to watch, plus what you can do about them starting now.

1. Will Texas restore funding for schools and more?

A lot of what happens at our kids’ schools and in the community gets decided at the state level. The budget is a big factor. In 2011, lawmakers cut over $5 billion from public education. Now there is more than enough money to undo that mistake, because of an unexpected windfall—both in state savings, sometimes called the “Rainy Day Fund” and from the sales tax. But will lawmakers use it?

What you can do: Texas Forward is collecting signatures from Texans who support investments in education and services for children. Have you signed yet?

Maybe you saw how San Antonio voted for a city-wide preschool initiative last fall? This is a big issue for Texas as a whole, since right now a lot of kids are struggling at school. Many experts believe getting kids learning earlier is key. Lawmakers in 2011 scrapped full-day pre-K in the budget, but research since has shown Texas actually saves money with pre-K, as kids do better and huge progress follows.

What you can do: The Texas Early Education Alliance sends out action alerts when lawmakers need to hear from you about pre-K. Get on the list here.

3. Will the campaign against child obesity get gutsy?

A pretty cool thing you might not have seen in the news: some cities and states actually are succeeding in bringing down their childhood obesity rates. Now our friends at Big Food make that pretty hard to do, so you can imagine it took some big, bold moves in places like New York City and California—but also in El Paso and Mississippi. Upping how much P.E. kids get, curbing the junk in school vending machines, and making lunch healthier all had a role.

What you can do: Check out the Partnership for a Healthy Texas and DrinkWell Texas, a couple of efforts so our state follows (ahem) Mississippi’s lead.

4. Will women’s health stop being a punching bag?

The last time lawmakers got together, family planning and women’s health services took huge hits. Now powerful groups like the Texas Medical Association and the Texas Pediatric Society are joining up to say not just women, but also their families, children, and communities, deserve better this time around.

What you can do: Get an organization you’re involved with to sign on with the new Texas Women’s Healthcare Coalition.

That’s what some are proposing, including measures to have more armed guards at elementary and secondary schools and to train teachers to use guns.

What you can do: Several of us who write for LiveMom’s Mommy Mob section also work at Texans Care for Children, where we make the case to elected officials about what’s right for kids. We’d love to hear what you think Texas and the country should do to protect kids in the post-Newtown era. Add a comment below, drop me a line, or come talk to one of us about it if you’ll be with us for our Feb. 6 conference.

The Supreme Court decided states would have some leeway in one especially important part of implementing the Affordable Care Act. That includes something that would be entirely paid for by the feds for three years (and nearly entirely after that): the extension of Medicaid to cover about 1.5 million uninsured Texans, many of them low-income parents. Extending Medicaid hasn’t won the support of Texas’ governor and lieutenant governor yet, but this is far from a done deal. A lot of conservative states have decided this Medicaid deal is too good for community hospitals and for families for a state to pass up.

What you can do: Join the Texas Well and Healthy campaign on March 5 for a huge rally and event in support of this Medicaid solution for Texas.

This is just a sample, and I’ll let you know about some others in the weeks to come. In the meantime, what would you add to the list? What are you keeping an eye on or hoping for in 2013?

Kicked Out of Class Over What?