It’s about that time of year when all you can think about is finding some cool water in which to submerge yourself. And maybe a snow cone or some Amy’s to quench the fire. The great part about being relatively new in town is that my boys and I are still discovering awesome places around town that everyone else has known about for years. I am here today to give you a quick refresher and review of a few of our favorite sprayground/sprinkler parks.

Liz Carpenter Fountain/Butler Park, downtown Austin
Let’s start with the most controversial, why don’t we? The boys and I went there last summer and had a blast playing in the fountains until the sun went down. Recently, the fountains have been awash (see what I did there?) in controversy, and were even closed for a period of time. Austin Parks and Recreation Director Sara Hensley said that the fountains were never intended for public use, to which I say baloney-why would anyone in their right mind build fountains in the middle of a large park and think to themselves, “No, I do not think anyone would want to splash in the fountains or cool off in any of the several little not-intended-for-wading pools that border the fountains. Not at all.” I think they just didn’t consider how popular the fountains would be, and therefore did not invest enough funds in a good filtration system, and are now trying to backpaddle to save face. Wow, how’s that for a lot of personal opinion?

The good news is that the fountains will be reopening five days per week, beginning on June 15th! The two days on which the fountains will be closed haven’t been announced yet, so keep your eye out for an article in the Statesman in the next week or so. When you visit, bring a blanket to sit on, sunscreen and a picnic breakfast/lunch/dinner. There is a lot of exploring to be done at the park, as well, so bring your adventurous side along, too.

Brushy Creek Lake Park, Cedar Park
This place is awesome! Located in Cedar Park (3300 Brushy Creek Drive), it can be a bit of a drive depending on your starting point, but it’s well worth it. 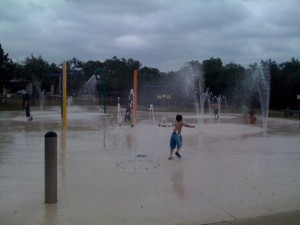 The sprayground in the park is the largest I’ve ever seen. It’s fenced-in on three sides, so as long as you station yourself near the open side, your little one isn’t going to run off and rent a kayak without your knowledge. (Yes, they do rent kayaks!) The restrooms are located mercifully close to the sprayground, so if you’ve got more than one child, you can easily keep an eye on one who is playing and one who is peeing. When your kids get tired of the sprayground, there is a playground about fifty feet away. Mercifully, again, the playground is located far enough away from the sprayground to make cross-play unlikely. You’re not going to encounter wet slides. Well, I never have, anyway. After you tire of the sprayground and the playground, take a nature walk along the neatly-manicured trail. There are many trees, so you don’t have to worry about going crazy from overexposure to the sun. 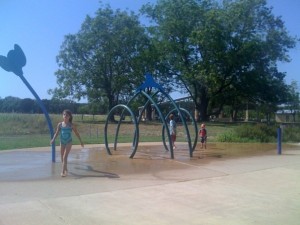 , and a great whale skeleton that sprays you as you run through. If your child doesn’t feel like playing in the water all day, have no fear: this park home to the largest sandbox I have ever seen. Even better is that it is completely shaded by awning, so you and your child won’t fry while digging up the Tyrannosaurus Rex skeleton, or playing with the numerous community toys that live in the sandbox. Need more adventure? There is a creek and some great trails to play along. It’s just a great park. 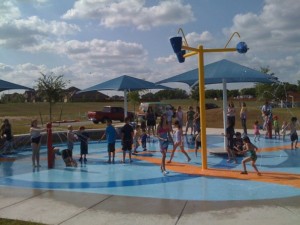 Like the other parks on my list, this park has a little bit of everything. The sprinkler section isn’t the biggest, but it has 7 or 8 different interactive water play stations, and the water is shallow enough for the little ones to play in without fear of getting pushed under water by a bigger kid. There are two shaded picnic tables adjacent to the spray pad, which are right next to the restrooms. About thirty feet away from the sprayground is a dry play area with swings and a four-person bouncy, ride-on apparatus. There is also a paved trail for walks or bike rides.

Do you have a favorite sprinkler park that I didn’t mention? Share it with us! See you around the sprayground, mamas! 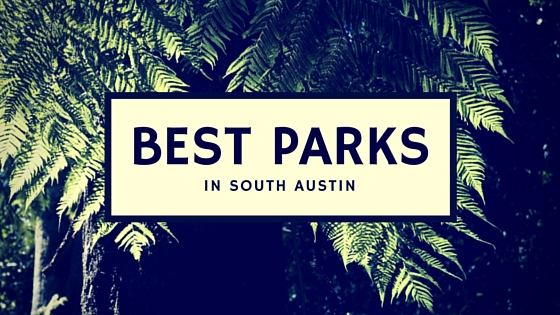 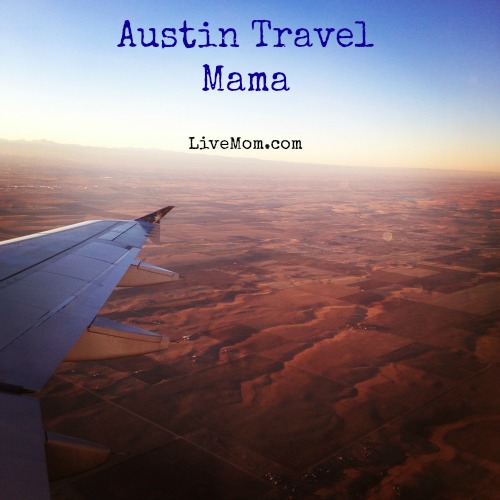 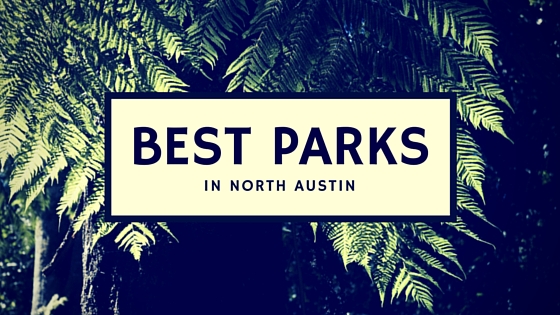 7 Comments on Hot Town, Summer in the City… aka Sprinkler Parks