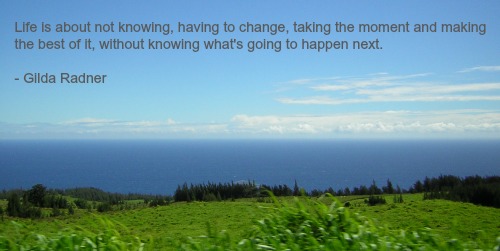 Priorities. It’s something most new parents think about quite a bit (well, at least in those moments when you aren’t thinking, Did I remember to brush my teeth today? or Is there anything edible in the fridge?).

For many of us, a child’s arrival forces us to rethink what’s most important, and make changes to adjust to that new reality.

I had done my homework. I lined up my mom to watch my son two days a week, and a daycare which was recommended by a friend of a friend for the other three days. As my maternity leave whizzed by, I was both scared about returning to work full-time, and excited. You see, work was a huge part of my identity: I worked at a small nonprofit. My fellow employees and I poured our souls into our jobs. We worked long hours. We took work home. We went to events on weeknights and worked with volunteers and donors on nights and weekends. We were all friends and, during certain times of the year, all pitched in to pull off larger projects and events.

Despite all of this, I struggled with what was my new reality after my son was born. I knew there was no way I could live up to my pre-baby work ethic (which I took great pride in). I could no longer be the last person at the office, and I cried on the way to pick up my son.

I had to face the reality that full time work wasn’t working for our family, and so I called the daycare and let the director know that I would be pulling my son out at the end of the month. He was just over two months old.

It’s now seven years later, and I still don’t have an answer to what I want to be when I grow up.

In that time, I have a new appreciation for the struggles moms (and all parents, really) face, whether they decide to go back to work full-time, find something part-time, start their own business or non-profit, stay at home or seek ways to make their jobs more family-friendly. There is no way to really prepare for what being a new parent is like, and to brace yourself for the life shift that takes place when you first hold that utterly helpless being in your arms. You know, the one that you spent nine months preparing for, but that you realized, in a panicked state, would eventually need to come out.

As is the case with many of the parents in my circle, I know who they are now, but may not know the story of how they got here, especially since you tend to meet other parents once you have emerged from the newborn haze. There is no need to exchange more than pleasantries with other newbie parents, since you tend to spend the most time talking about the here and now. So I went out and found some other moms who had faced a career transition when they became parents to learn more about how they had gotten to where they are now, and what they learned along the way.

Although each story was different, I found some common themes in the responses. Many of these women, like me, had some part of their identity wrapped up in their jobs. For that reason, the search for an alternative to their childless days came with some sacrifices, whether that meant a lack of a steady income, transitioning to a new and unfamiliar field or shedding a job title and the cache that came with it.

Jodi Egerton, who left a hard-earned tenured professorship, was, like me, worried she was letting her family, her colleagues and herself down when she left her position. It took a move with her family to Los Angeles for a semester while her husband Owen worked on a screenplay to give her “the space to make peace with the decision.” Jodi continued, “I told myself that my job while I was in LA was to just ride the journey of uncertainty, and not try to immediately find solutions or make decisions. It was hard at first, but once I made it my mantra it actually seeped into my subconscious and I was able to just be present with the kid and with our adventures.”

Taryn Skees had always planned to be a stay at home mom, but when faced with the financial uncertainties of starting a family, she and her husband brainstormed how to make it work. In the end, Taryn submitted a proposal to her boss to reduce her hours from full-time to 20 hours a week and telecommute a few days a week. “I believed it was the perfect compromise”, Taryn recalled. “I could continue to earn an income in a job I enjoyed while also spending time bonding at home with my child.” After the proposal was approved and as her son grew older, Taryn found herself needing to enlist family members to help care for her son while she struggled to meet her commitments at work and home. “Once again, I was spending less time with my son than I wanted,” she noted.

For Brianna Walsh, layoffs meant she had time to rethink her employment options. “When it came time to start up my job search again, I was determined to find something that allowed me more of a life while my kids were young,” Brianna said. “It was definitely a more difficult search as most jobs don’t tout themselves as ‘flexible’, ‘family-friendly’ or even ‘telecommute’,” she acknowledged.

For other moms I connected with, starting a family also meant starting a business. One of my mama friends who I met when her family relocated to Austin from California, Miriam Rosenberg, decided with her husband when she was pregnant that she would quit her full-time job. “It was important to us to have one of us home with the baby,” she explained. Like me, Miriam never planned a career that would mesh with family life. “I was very naive and just thought, ‘Things will work out,’’ she confided. “Thankfully, they did work out!”

Veronica Barrio, one of my co-workers at the non-profit I mentioned earlier, had freelanced before, but it wasn’t until her son was two years old that she met two other moms and the three decided to start a marketing boutique. The moms pledged to support each other in working part-time and keeping their lives balanced. In addition to having the flexibility to work at night and during nap times, Veronica mentioned, “I also like that my kids see me go to work and know that their mommy has her own company.”

Karen Shopoff Rooff left an academic career to launch a personal training business. “Living a lifestyle of everyday wellness has been a priority for me, even as I transitioned into motherhood”, she shared, “so helping other people do the same is really just sharing my tips and tricks for doing so.”

Taylor Hengen Newman was climbing the corporate ladder in New York City when she learned she was pregnant. Feeling unfulfilled and a little uneasy with all of the change taking place in the media industry, Taylor had an epiphany when getting a massage in New Hampshire, three months pregnant and the day before her wedding. Her massage therapist was not much older than she was, but was living a life so different from hers: she had purchased a home, had a steady job, was in charge of her own schedule and lived a seemingly easy and carefree life. As she reflected on where she had been and where she was going, Taylor observed, “falling in love and starting a family brought my more authentic desires and dreams forward; I couldn’t ignore them…I didn’t care about titles anymore, or what people thought; I cared about my lifestyle and my freedom.” These reflections led to a cross country move to Austin, which at times felt like a huge risk and a nearly impossible juggling act, but which now she calls entirely worthwhile.

What advice do these women have about managing a job change?

What are these ladies up to now? Jodi launched a business, Write Good Consulting, which builds upon her writing, teaching and improvisation skills and allows her to work with businesses to help employees hone their writing skills. Taryn, who I first met through her blog More Skees Please, is in the early stages of launching a nonprofit to assist families affected by a medical condition her middle son has. Brianna works part-time, very close to home, and gets to school in time to pick up both her kids and help them with their homework. Miriam is eight years into her own bookkeeping business. Veronica remains a partner at Three Defined. Karen continues to train clients through Balance Personal Fitness Training while helping other fitness professionals build their own businesses through her new venture, EQUIP Fitness Business Development. Taylor will continue her part-time job when baby #2 comes in the fall, do massages a few days a week and continue to take freelance writing jobs.

Did your career path change when you became a parent? Do you feel the changing nature of jobs is allowing more parents to explore adjustments to the career ladder? Has your experience influenced how you talk to kids about what they want to be when they grow up? 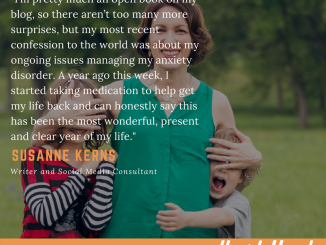 3 Comments on Job, Interrupted: When Becoming a Parent Changes Your Career Path