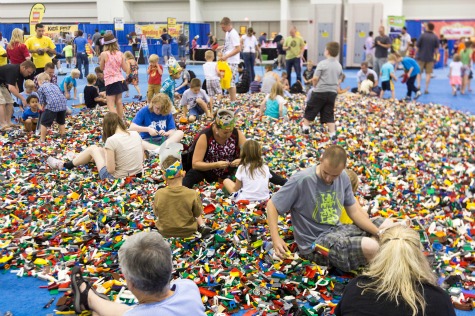 As a parent, you quickly learn that toys fall somewhere along the continuum of please-stab-me-rather-than-allow-this-to-enter-my-home (think the battery-operated infant toys with squeaky melodies that haunt you in your dreams) to only-mildly-annoying (think lightsabers which always seem to come perilously close to the TV) to acceptable (think action figures and stuffed animals, in moderation). On some occasions, you may find yourself coming across toys you might actually enjoy playing with. I admit, that for our family, we have spent countless hours of fun together creating ships, bases, houses, castles, traps, robots and much more with LEGO bricks.

Like every toy, there are some downsides, the most obvious being the “OUCH!” of stepping on LEGO bricks which always seem to be underfoot. On the other hand, there is the unmistakable nostalgia factor. My son’s first LEGO bricks were hand-me-downs from his dad, and I love that my parents kept my first LEGO sets (a boat and a kitchen, with insanely large headed people) so that my son can play with when we go over.

The toys have also had remarkable staying power. Since we had regular-sized LEGO bricks to begin with, we largely skipped over LEGO DUPLO, but my son has been consistently playing with his LEGO bricks since he was two years old (how is that for return on investment?) I’m sure I will also be eternally thankful for LEGO bricks for giving us something to do indoors during the stifling August temperatures. Finally, although I understand the argument that the endless supply of character sets stifles the open-ended possibilities of the toys, I am thankful that in our house, LEGO sets soon become dismantled and aliens mix with monsters and Star Wars minifigures and Ninjago warriors search for treasure keys from Atlantis. 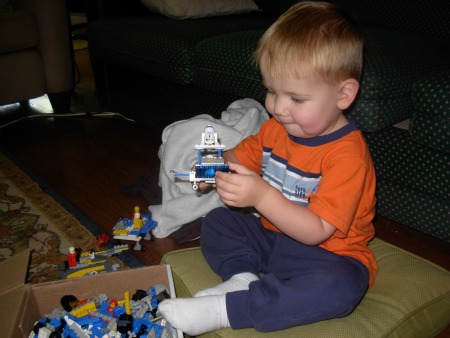 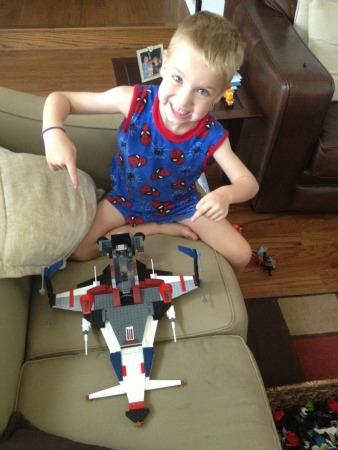 For these reasons, we are all looking forward to attending the LEGO KidsFest, which is taking place August 31st through September 2nd at the Austin Convention Center. I’m excited that we have something to look forward to at the end of the summer, even though school will be back in session. You can choose between five sessions during the event:

Each session is identical and tickets are $18.30 for kids ages 3-17 or seniors ages 65+ and $20.50 for adults, plus tax. My understanding is that the event usually sells out (a friend even mentioned standing in line for tickets and not getting in because all the tickets were taken). KidsFest attractions include:

My son and I have been to the LEGOLAND Discovery Center in Grapevine and to the huge LEGO store in Downtown Disney in Orlando and he had a blast at both, so I think he will really enjoy KidsFest.

I’m excited that LiveMom will be giving away tickets to attend KidsFest in August, so stay tuned for that! Also, Texas Monthly and Texas Tourism are hosting a “Build Your Best Texas” LEGO Contest, which is open to kids up to 18 years of age. As you can probably guess, the challenge is to build the best LEGO Texas-themed creation. The grand prize winner will receive the ultimate LEGO Experience with a trip to Austin for LEGO KidsFest, VIK (Very Important Kid) Tickets, Friday show tickets, and other exclusives. You can enter and learn more about the contest on the Texas Monthly Facebook page. Entries must be submitted by Friday, August 17th to be eligible to win.

Anyone else planning on going? If so, what session are you going to attend? Have you bought your tickets yet?

Disclosure: My family and I will receive free tickets to attend and write about KidsFest. LiveMom did not receive any compensation for this post. The opinions expressed herein are my own.