Would your kids like to party like an animal with Children’s music superstars and Nick Jr. channel favorites The Laurie Berkner Band? The “Animal Party” tour will be in Austin at The Paramount Theatre on March 4, 2012.  The band will perform old favorites as well as new songs from their DVD, Party Day!. Kids can bring a favorite stuffed animal (those in the know will put them on their heads for Pig On Her Head) and wear their party clothes (don’t forget dancing shoes!). 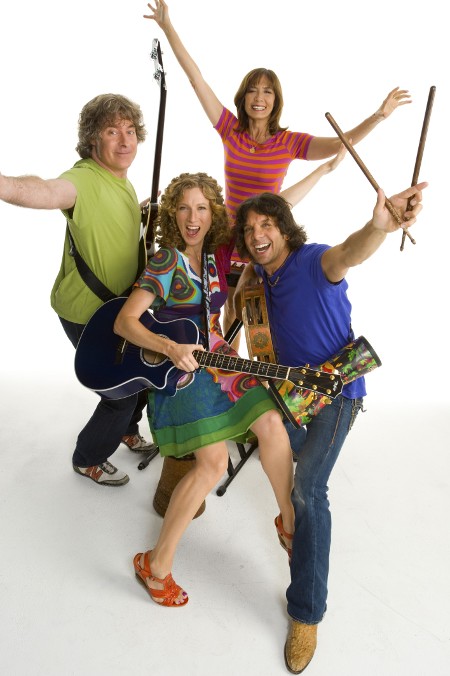 The Laurie Berkner Band has received tremendous critical acclaim. Time Magazine lauded Laurie as “a kind of sippy-cup Sheryl Crow…Berkner inhabits a kid’s curious perspective in her lyrics and pens folk-pop melodies that bear repeated – very repeated – listenings.” The Wall Street Journal called Laurie “one of the most popular children’s performers in America … Her music is distinctive because it speaks to kids without talking down to them, charming youngsters without boring grown-ups.” Stefan Shepherd, NPR contributor and editor of the leading kids’ music news website Zooglobble.com, describes Laurie as being “without a doubt the brightest female star in kids music (and quite possibly the biggest star, period).”

A former preschool music teacher by day and indie rocker by night, Laurie Berkner started selling her music over ten years ago out of her living room on her own label, Two Tomatoes Records. Laurie was the first artist to ever appear in music videos on Nick Jr., Nickelodeon’s 24-hour educational, commercial-free preschool network, and is featured in nearly all of the episodes of the channel’s Jack’s Big Music Show.

What’s it going to cost you to party like an animal with The Laurie Berkner Band? Tickets start at $30.00 and up. BUT we are giving away a family four pack of tickets to one lucky reader! What do you have to do to win? Leave a comment here or fill out the form below for your chance to win. We will choose one random winner on Thursday, February 23, 2012 at 9:00am. The winner will be notified by email. Only one entry per household.

This giveaway is now closed. Thanks to all who entered and congrats to our winner, Ellen!