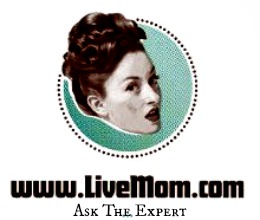 These days we have so much information at our fingertips to help solve any parenting dilemma (admittedly, most of the times we may have too much). You could argue the Internet was both the best and worst thing to ever happen to parenting.

Despite the sometimes overwhelming amount of information, it’s still nice to consult a parenting expert once in a while to get some new ideas, advice and even a dose of perspective.

At LiveMom, we want to help answer your questions, and so we have a recurring feature called Ask the Expert. We’ll take on anything from potty training to car seats to dealing with kids and technology to anything in between. Then, we’ll find local and national experts to help guide us to make the best choices for our families.

Got a question? Post it below, on our Facebook page or email us and we’ll try to get it answered!

According to Food Allergy Research & Education (FARE), up to 15 million Americans are believed to have food allergies. Roughly two children in every classroom are affected by what can be a life-threatening condition. In the United States, we have seen a 50% increase in food allergies among children — even in the short time period from 1997 to 2011 — and there is no clear answer as to why.

Given these trends, and how serious the issue is, we weren’t surprised to receive this question recently:

I read the article, “Peanut allergy ‘cut by early exposure'” recently, which says that eating peanuts as a baby significantly reduces the risk that a child will develop an allergy. However, I feel like when one of these reports comes out, six months later, we hear about another report claiming exactly the opposite. Given how scary the risks associated with food allergies are, how should I treat exposure to peanuts with my infant child?

Helping advise us is Dr. Bradley Berg, who is a Pediatrician at Scott & White Healthcare and the Medical Director at Round Rock Pediatrics. Dr. Berg has served in this role since 2013, when he arrived in Austin. Prior to working at Scott & White, Dr. Berg was the Pediatrics Chair at the Skagit Valley Medical Center in Mount Vernon, Washington. Dr. Berg’s expertise is in general pediatrics, as well as autism, behavior, depression and ADHD. 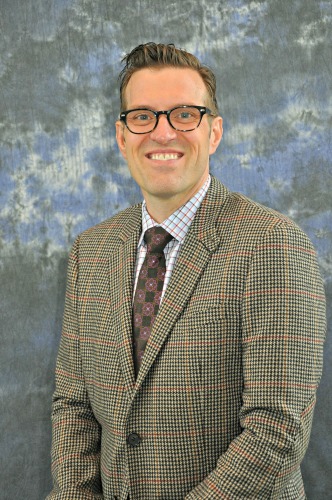 This is a worry that almost every parent has when they are introducing new foods to their children. We, as pediatricians, have been telling our parents for years that food should be introduced in a certain order and certain foods should be avoided all together until children are older. As we have learned more, we realize that there is very little reason to introduce specific foods first or wait on others. The one exception to this rule is honey, which is always to be avoided until at least one year of age. Honey contains botulism spores, which babies cannot protect against. Infantile botulism can be extremely dangerous. Thus, honey should always be avoided until the child is older.

With respect to other foods, the evidence is becoming clearer that there is no right or wrong way to introduce foods. However, many parents are still concerned about the “highly allergic” foods such as eggs, fish, nuts, and strawberries. The concern is that it is easy for children to have allergies to different foods and the public perception is that these children will get deathly ill from eating a food that he might possibly be allergic to. Peanuts are especially worrisome because we’ve been told for years that we should not be giving any peanuts or peanut containing products to younger children.

In reality, although peanuts are one of the most common food allergies, allergies to specific foods are overall relatively rare. There has also been a slow change that has been happening with regards to allergies and the introduction of baby foods as we have come to understand allergies more and more over the last couple of decades and also understand how allergies actually develop.

We have known for some time that if the immune system is exposed to various allergy-provoking items, such as pets or pollen, as it is developing, the immune system actually sees those items as part of itself and allergies are reduced. However, with respect to food, we have always said almost the opposite: If the child is exposed to a food early, they were more likely to develop an allergy. Over the last several years, we have started to realize that this is incorrect.

Studies have shown that if the children are exposed to highly allergic foods during infancy, including nut-based foods, strawberries, fish and eggs, they actually have no increased risk of developing an allergy to those foods. The most recent research which just came out in February 2015 goes one step further to show that if nut-containing foods such as peanut butter is offered at an early age, even as early as 4 months, the child not only does not have an increased risk of developing an allergy to peanut butter, but actually has a significant decreased risk. The research also showed that if the child is already sensitized to peanut-containing products, the sensitization decreases and they become less sensitized/allergic to it.

So now the question remains how best to introduce a new food to the child which she may be allergic to. Experts recommend that we do not start the child on allergic foods such as those mentioned above but start with more bland foods such as rice cereal, fruits, and vegetables. Once the child is on a wide assortment of different foods, then we can start introducing the more sensitive foods like peanut butter and eggs.

The recommendation is to start with just a small amount such as a rice grain size quantity. If the child eats this and does not have any reaction, then you can offer any pea-sized amount the next day. And if the child is still doing fine, you can offer a half teaspoon the following day. At this point, if the child showed no allergic symptoms, he or she is most likely not allergic to the food in question.

Although most parents do this without thinking about it, it is always good to have liquid Benadryl in the house so that if the child does develop swelling or hives, Benadryl can be administered immediately. In this situation, the child should be taken to the emergency room for evaluation. However, I do stress that this is an uncommon event. Most of the time, food allergies develop slowly and get more severe each time the child is exposed to the food, so you have some warning before they have life-threatening problems. Giving your child small bits off your plate is a great way to do this. Of course, you should also never give whole nuts or nut pieces to a child under 4, as they can choke on them if they swallow them whole.

The one caveat to the above recommendation is for introducing foods when the child has already been shown to have significant eczema, asthma or other allergies. In this case, we know that the child is already at increased risk to have other allergies and caution should be taken. In this situation, most experts would recommend waiting to introduce highly allergic foods until the child is somewhat older to avoid any chance they may have a reaction.

My mantra is: there is really no right or wrong way to introduce foods. Just take it slowly and only introduce one new food each 5-7 days, so that if he/she has an allergy, you know what it is to. 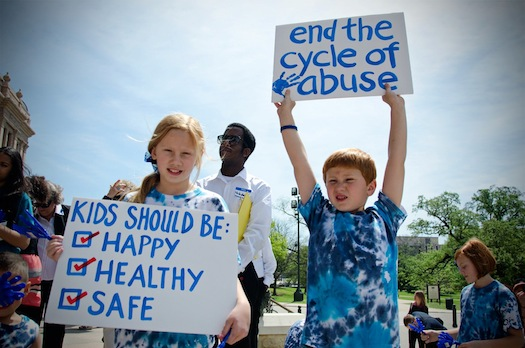