Hanging out at the pool. Watching movies with friends. Going to a concert.

Berkeley Barnett, a rising junior at Westlake High School, has probably been doing a lot of the things other teens in Austin are doing this summer. But unlike other teens in Austin, she was selected to travel to Washington, DC to encourage lawmakers to support research on type 1 diabetes (T1D). According to the JRDF, a national non-profit working to find a cure for type 1 diabetes, the pancreas of a person diagnosed with type 1 diabetes “produces little to no insulin, and the body’s immune system destroys the insulin-producing cells in the pancreas.” Those living with T1D must inject insulin several times a day, every day, or continually infuse insulin through a pump, in addition to managing their diet and exercise.

Last week, Berkeley joined over 160 delegates, ages 4-17, in the nation’s capital to attend the JDRF 2015 Children’s Congress. These young people represented all 50 states and the District of Columbia, and even included international delegates from Australia, Canada, Denmark, Israel, the Netherlands and the United Kingdom. The Children’s Congress started in 1999, and was inspired by then-9-year-old Tommy Solo, a boy from Massachusetts who asked his mother, “Why can’t kids go to Washington and tell their Representatives about what it is like to have type 1 diabetes and let them know that we want scientists to find a cure?” 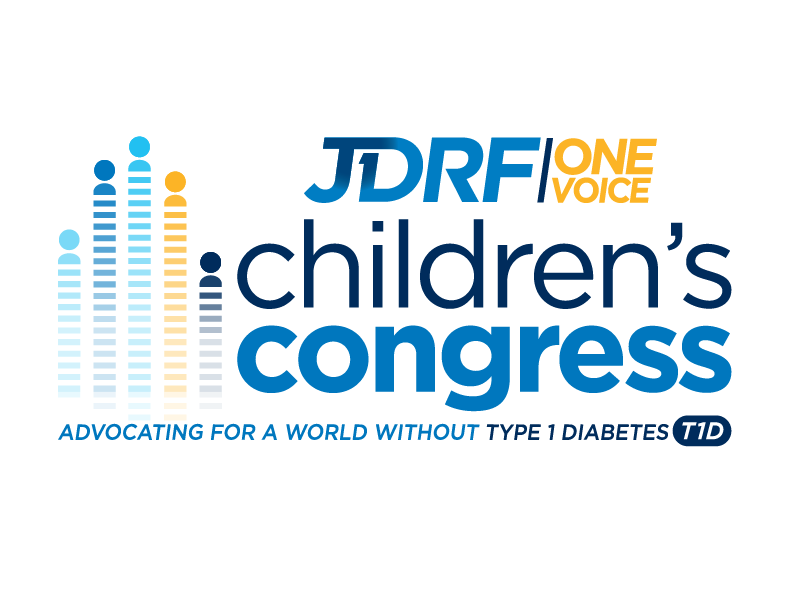 The Congress takes place every other year, and includes congressional meetings and committee hearings, where delegates share what it’s like to live with type 1 diabetes with lawmakers. “I felt that by telling my diabetes story, I was able to help my Senators and Representative better understand Type 1 diabetes and the importance of providing better care for Type 1 diabetics by improving diabetes technology and finding a cure for this disease,” said Berkeley upon her return to Austin.

Berkeley told lawmakers what it’s like to live with diabetes every minute of every day. “I never get a break, even though I always want one,” she admitted. But that wasn’t all she wanted representatives to know. “Although I have diabetes, it doesn’t define who I am as a person,” she asserted. “I’m just like any other 16-year-old girl. I just have to have a little more responsibility.”

In addition to educating representatives about how diabetes impacts her life and the lives of her family and friends, Berkeley’s goal at the Congress was to encourage the Texas representatives to support the Medicare CGM Access Act of 2015. This piece of legislation would grant Medicare coverage of continuous glucose monitoring (CGM) to diabetics. People with T1D have to test their blood glucose and give themselves insulin injections or infusions via a pump 24 hours a day, every day, in order to stay alive. Too much insulin can result in seizures, comas or death from hypoglycemia (low blood sugar). Too little insulin can lead to devastating kidney, heart, nerve and eye damage from hyperglycemia (high blood sugar). CGM devices detect and display blood glucose levels continuously, and also reveal trends in a patient’s glucose levels that often go unnoticed by using finger-stick measurements alone.

“Senators and Representatives have until the end of the month to co-sponsor the bill”, explained Berkeley. “On the day we were on Capitol Hill, eight more congressmen added their names to the bill”.

Before she left for DC, Berkeley had never met any of the delegates attending the Congress. She did have a few people reach out via Instagram to introduce themselves a few weeks before the trip. The highlight of Berkeley’s time in DC was to be surrounded by diabetics from around the world. “It almost felt unreal to be in a normal everyday environment walking around with kids who understood what I deal with everyday,” she recalled. “We all looked out for each other and it made me feel safe. After just knowing each other for a mere 72 hours, we made a bond that, hopefully, will keep us connected for a long time.”

Berkeley has been involved in the local JDRF Chapter for 12 years. She was first diagnosed at the age of five, and has raised $50,000 through JRDF Walks, served as a teen counselor at a diabetes camp, participated in the TypeOneNation Summit and created a YouTube video and pamphlet explaining T1D. She was inspired to apply to attend the Children’s Conference after meeting with her representative, Congressman Roger Williams. “I received great feedback from him, which made me feel like I was truly making a difference in the T1D community”, she remembered. “I wanted to continue to do that.”

Although Berkeley is back from the Congress, she vows to continue raising awareness about T1D and working to find a cure. “I will continue to advocate through the JDRF until one day Type One becomes Type None,” she affirmed.