Ah, August. Although we are not baking in the neverending 100 degree temps as we were last summer, it’s still the time of year when the beginning of school seems so near, but yet, so far away. Perfect time to squeeze in an end-of-summer road trip!

I’m lucky to have a close friend in the Dallas area who has a son 2 weeks older than mine, a younger boy and two adorable doggies. That has meant that for the past few years, we have headed up on a Monday morning and spent a few days there, enjoying a change of scenery, a break from the normal routine (or, as summer would have it, lack thereof) and a chance to check out what the Dallas area has to offer. Since her son has a bunk bed, I have my own room and the kids play all day, it’s arguably the closest thing I have had to a “vacation” since becoming a mom.

Since my friend lives in a planned community in the ‘burbs northeast of Dallas, there are two pools, a park and a splashpad within walking distance of her house, which is really nice, and which probably has kept us from exploring the Metroplex in more depth. The places we have visited and really enjoyed have been the LEGOLAND Discovery Center, the Children’s Aquarium at Fair Park, Celebration Park and the Dallas Zoo.

The LEGOLAND Discovery Center is located in a mall in Grapevine Mills. We decided to go the night before when we visited last summer, so it was too late to buy tickets online (at a discount). We arrived soon after the place opened on a weekday, and there was no line. At the beginning, we were given a short “tour” of the LEGO Factory, which gave the kids some background about how LEGO bricks are made, and when we exited we went directly into the line for the Kingdom Quest, which is one of the (now, 3) rides available. The ride was pretty low key and perfect for my then-five-year-old. We then checked out MINILAND, which was an area with some pretty amazing models of local attractions (adults will probably want to spend more time here than adults), and then we checked out a few of the features in the 4D Cinema, which I think was my son’s favorite part (well, except for the Store at the end) and where we enjoyed a few features which were the perfect length and included “wind” and water (nothing serious, just like a mister at a restaurant). The kids also enjoyed the Play Zone, which was a great place to explore, climb and get out any remaining energy, as well as the Racers table, where kids can test out their creations on wheels. 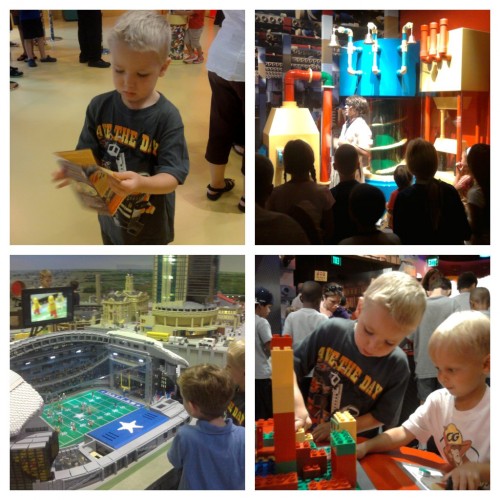 If your kids are used to going to theme parks or other higher-priced local attractions, a visit to LEGOLAND might not be worth a special trip to the Dallas area. But for my LEGO-loving child, it was a worthwhile way to spend the better part of a day. If I went again, I’d try to get him to ride the Merlin’s Apprentice ride (the line was too long when we went) and the Forest Ranger Pursuit (which is new) and I’d probably spring for the “combi” tickets with the SEA LIFE Aquarium, which is located right across from the Discovery Center (I did notice that you can redeem your SEA LIFE ticket up to 14 days after purchase, so if you run out of steam after the Discovery Center, you could try again another day).

The Children’s Aquarium is located in Fair Park, which is where the State Fair happens every October and also includes museums, gardens and an IMAX theater. My friend has a family membership to the Dallas Zoo, so we were able to get discounted tickets. The Aquarium was not very crowded, and the kids enjoyed the touch pools, “petting” stingrays, learning about wolf eels during a feeding and having a chance to touch a baby alligator (fittingly, named Alfred). The Aquarium is very low-key, and very easy to navigate with kids of multiple ages. I loved the Art Deco architecture of the building and thought the ticket price was really reasonable, at under $10 a person. We had no problems spending a few hours at the Aquarium and enjoyed the air conditioning. 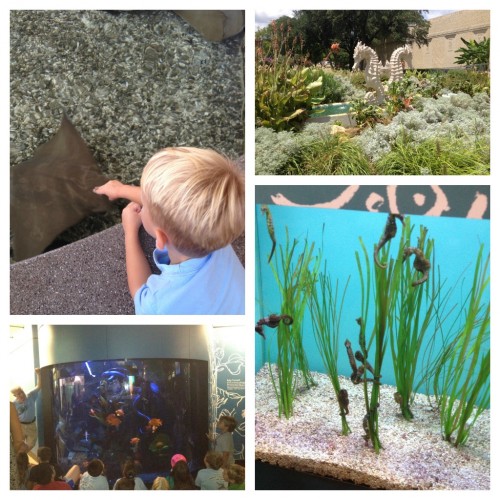 One day, we checked out Celebration Park in Allen. This place is a HUGE splashpad and adjoining playground — larger than any we have been to here in Austin. Perhaps the best part is that it’s free! When we visited, there were plenty of families who came with coolers, making it a day-long outing. There were definitely covered picnic tables to eat lunch and plenty of restrooms. My friend said it can get pretty crowded during the summer if you happen to be there when camp buses pull in, but it is so large that it can easily accommodate lots of happy,screeching children. Celebration Park might be daunting if you are trying to keep an eye on multiple kids, simply because it is so large. I did notice that splashpad is closed on Wednesdays for maintenance. We’d definitely go back for a return visit. 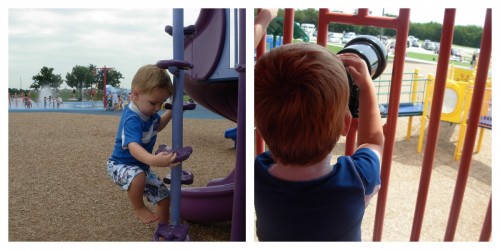 We have also really enjoyed our trips to the Dallas Zoo. I can’t compare it to the Fort Worth Zoo, since I haven’t been since I was a child, but I have heard good things about going there as well. There is plenty of shade at the Dallas Zoo, although of course it can still get hot during the summer. The Zoo is large without being too huge to expect kids to navigate it without getting a stroller. We were lucky to take advantage of a few of the keeper encounters and my favorite part was feeding a giraffe. The Zoo has a special kids area, complete with a water area where our kids loved wading to cool off. I would definitely go back to the Zoo, especially now that they have koalas, which are some of my son’s favorite animals! 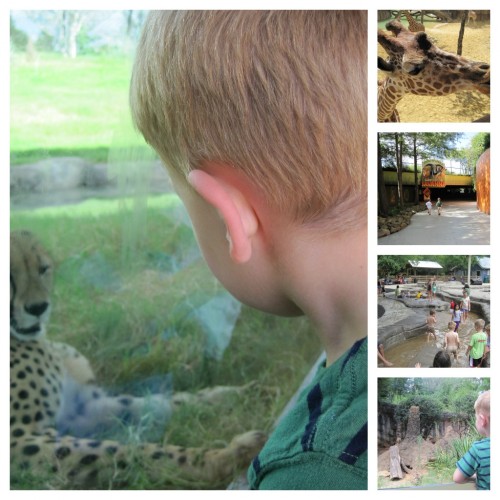 Even though we have been to the Dallas area a handful of times, we have really only scratched the surface of all the fun things there are to do. As I mentioned earlier, we really spend a lot of time relaxing and enjoying some down time — plus, we are so spoiled here in Austin that we don’t have to plan as much around traffic and longer driving times as you do when you are there. That said, Dallas has been the perfect low-cost combo road trip (I didn’t even mention stopping at the Czech Stop for a pit stop/kolache break — my mouth is watering just remembering), friend-visiting and kid-playing destination. What’s your favorite Dallas-area tourist attraction?

Texas Prairies & Lakes on Dwellable
About Nicole Basham 793 Articles
A native Austinite and soccer-playing mom, Nicole uses her 10-year-old son as an excuse to rediscover her hometown through his eyes. In Thoreau's words, her mission is to "suck out all the marrow of life", or in her son's words, to cultivate in him a love of "advenchers". 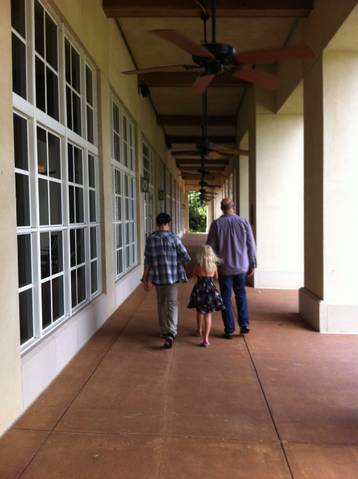