One of the nice things about living in Texas is that it’s so….big. While this makes friends and family who live elsewhere seem too far away at times, it provides those of us with kids with lots of places to explore when you need to escape the laundry, the dishes and just get outta town.

During Spring Break, I was looking for a way to balance my desire to stay in town to take advantage of South by Southwest with my mommy guilt about doing something fun with my son who was out of school. It turns out, Waco was a great place to spend a few days without a lot of hassle.

Waco? What’s in Waco?, you might understandably ask. Not Sea World, as you will find in San Antonio. Not the LEGO Discovery Center, like is in the Dallas area. Not the beach, if you are up for driving to Port A. What you will find in Waco is the Cameron Park Zoo, the Mayborn and the Waco Mammoth Site, among other diversions.

The nice thing about Waco is that, depending on where you live in Austin, you can get there faster than it takes to get to San Antonio (for me, it takes barely over an hour). So, you can either do Waco as a day trip, or if you want to, you can spend the night and make it a weekend (what kid doesn’t jump at the chance to swim in the hotel pool?) Also, it’s a smaller town, so it’s easier to get around and since a lot of the town is connected to Baylor, on school breaks and during the summer, the city thins out considerably.

We spent our first day in Waco at the Mayborn Museum. The Mayborn is part of the Baylor campus, and is not far from IH-35. Parking is easy and ample, and there are both indoor and outdoor exhibits. The Mayborn is part natural science museum, part children’s museum and part hall of curiosities, so there is something for everyone. From now until April 28th, the traveling exhibit (which costs a little extra per ticket) is Robots + Us, which explores our efforts to design robots which resemble humans. Although the exhibit is housed in one large room, we easily spent half an hour in there with my almost-7-year-old robot lover.

Next we explored Strecker’s Cabinet of Curiosities which is a collection of intriguing items, ranging from a ginormous humpback whale skull to an itty bitty nest filled with eggs to virtually anything in between. The items are arranged in cabinets and although we weren’t often sure exactly what was what, it was pretty cool too look at such an interesting collection of….stuff. My little collector certainly spent some time looking carefully at every item which was displayed.

Once we passed the Cabinets of Curiosities, we began to explore the 16 “Discovery Rooms” which covered topics such as Native Americans, Energy, Transportation, Health and Recycling. Each room had different hands on activities for the kids to enjoy. Some of my son’s favorites were the bubble tube, the walk-on piano, the water area where kids could construct passages for ducks within a grid and the outdoor historic village. On the lower floor was the more traditional children’s museum-type exhibits and some that younger children would really enjoy. I was glad I read Rebecca from R We There Yet Mom?’s review of the Mayborn before we arrived, so I could encourage my son to participate in the computer-based scavenger hunt, which he completed, which made him eligible for a prize from the gift shop (which turned out to be a tatoo which my kid wasn’t too impressed with.

Since we spent a few days in Waco, we called it a day after a few hours at the Mayborn and went to check out our hotel room and the pool. The following morning we made it to the Cameron Park Zoo. As we arrived right when they opened, I had a flashback to how we virtually ran out of the car last Spring Break to feed the dolphins at Sea World. This time, we casually strolled up to the front entrance, having been the fifth car in the parking lot, got our tickets and went inside.

The Zoo was also a big hit. The exhibits are arranged in a circle, so you can just choose which way to head and you’ll be back near the entrance when you are finished. As is the case with most places with kids these days, there was a place you could cool off by getting a little wet (it was chilly when we went, so we didn’t take advantage of that). The Zoo had many of the animals we had seen elsewhere, but the enclosures were engineered to be both natural and so that visitors could be pretty close to them. Our favorite parts of the Zoo were the bats inside their bat “house”, the bears, sliding down the clear slide next to the otters and observing the very social orangutang. In full disclosure, we ended up at the front quite hungry, so we ate there and were not very impressed with the food.

We then went to the Waco Mammoth Site. The facility has been open for only 3 years and is the site of the discovery of a “nursery herd” of 16 mammoths. When you arrive, you pay for a ticket, which gets you a tour of the property, and serves as your entry onto the grounds (guests are not invited to explore the site without being part of a group). My almost-7-year old son was able to sit for the presentation, which took you along the trail leading down to the main building. The tour gave us a great in-depth information about mammoths and gave us the amazing opportunity to see the bones before they were even fossilized.

The following day, we took a road trip to the Fossil Rim Wildlife Center, which is a little ways from Austin and is a drive-thru zoo.  In many ways, it was reminiscent of the Natural Bridge Wildlife Ranch.

After Fossil Rim, we headed home — but not until we had amazing milkshakes at Health Camp, a greasy spoon right near downtown.

It was a great trip for my mom, my son and I and there were even things we didn’t get to on our list. It was a great reminder that not every trip has to be Disney World or Sea World.

What is your favorite road trip destination? 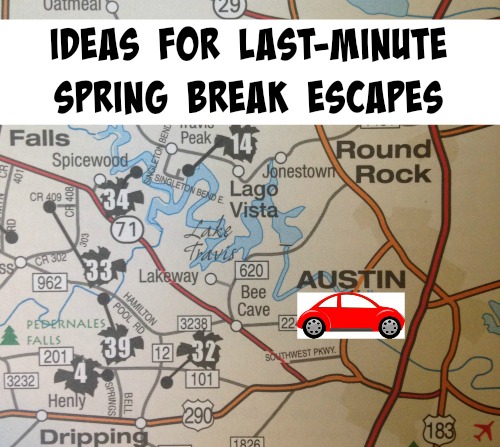 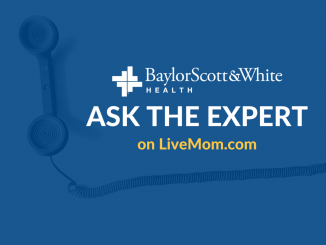