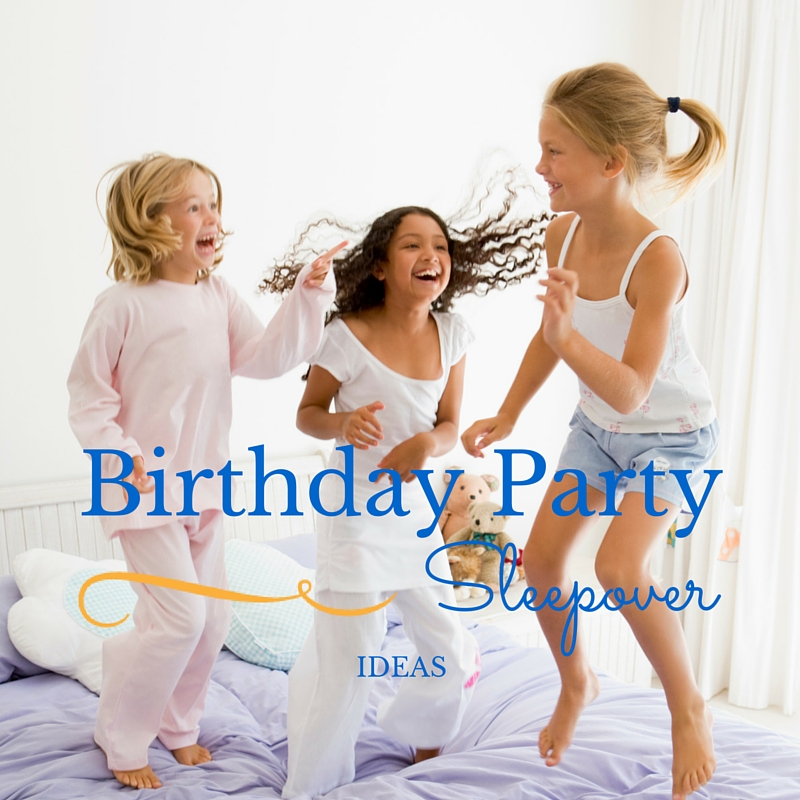 For a couple of years in a row now we’ve had sleepover birthday parties. Thanks to sites like Pinterest, I have often gained some inspiration for fun activities to keep the kids engaged (read: no fights, squabbling, bickering). My soon-to-be eight year old daughter is having a decorating party at Baked by Amy’s this year. I thought I was off the hook for hosting another sleepover, but alas, I can’t escape from hosting a gaggle of girls again this year for a night of birthday party fun.

Since this is the third year in a row that we are hosting the same group of girls, with a couple of new additions, I am back to square one: trying to figure out how to have a successful sleepover with happy kids and happy parents. Below are some Birthday Party Sleepover Ideas from past parties that have been a success:

Make Your Own Photo Booth

Use items at home or go buy some kooky items at the Dollar Store or in the dollar section at Target.

Hang a sheet or a backdrop on a large wall in your house in a location with plenty of good lighting. I moved a couple of lamps close to the photo booth area and turned on all available lights. Put the props in a box or basket close to the area, get your camera out (I used my cell phone!) and snap away. The kids will surely be goofy and have a blast taking all kinds of photos. 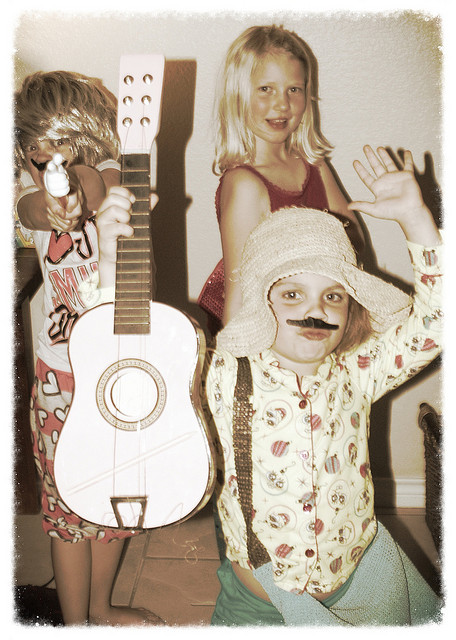 Tip: The photo booth photos make excellent thank you cards! Print out however many you need. Your child can write a sweet note to their friend right on the back of the picture or you can buy thank you cards with photo inserts.

Minute to Win It Style Games

Because I am naturally competitive, I loved this activity at a sleepover a couple of years ago. These games can be spread out throughout the night to break up boredom, or you can spend an hour or so playing them all at once. I scoured Pinterest when I was searching for ideas and came across Craftibilities Sleepover Fun! Minute to Win It Games with lots of great ideas.

We ended up doing Small Transfer with the marshmallows and Noodling Around. Both were loads of fun to watch! The marshmallow one was so well-liked that they had to do it twice!

Another game we played- one that we played at sleepovers when I was a child- was the Cotton Ball in the Bowl game. Here’s how it works:

Sit the kids in a circle on the floor with a large space in the middle. Blindfold the first person, place them in the center of the circle. Place bowl in front of the blindfolded child, dump all of the cotton balls out on the floor around them and hand them the spoon. They have two minutes to scoop as many cotton balls into the bowl as possible. Warning: there will be lots of giggling as the blindfolded person ends up scooping lots of nothing!

The person with the most cotton balls in their bowl gets a prize.

With all of the above games, you can have prizes to hand out to the winners or just do it for fun with no prizes. I think the prizes can add in an element of disappointment to those who don’t win. I had a few extra on hand to make sure the kids who didn’t win walked away with a prize as well, but those items counted as their party goody bags.

This year, I decided to have a Movie Night themed Scavenger Hunt!

The plan: hide clues around the house. When the kids find the final clue, there will be movie night items to kick off the next hopefully quiet, phase of the sleepover: Some items I included:

– New movie for the kids to watch

The idea is to have them find all the items they need and then settle down for the evening for a movie night.

Note: I waited until the last minute to pull this off. I ended up Googling clues because I was pretty brain dead by this point in the evening. I found 10 Treasure Hunt Clues for Around the House on iMom.com.  I sent the kids upstairs while I was doing this, which really helped to build up the suspense of what was to come! I then made two separate stacks of clues- one for upstairs, one for downstairs. I had a friend help me sort them because it actually takes some brain power to put them all in the correct place to lead them to the next clue.

At the end of the hunt, one of the girls proclaimed that it was the most fun ever!

I have said it before and will say it again: I am a non-crafter. I can do some basics. Sometimes even those basic crafts come out looking a little funky. But in the end, I know the kids have a great time, regardless of how their items come out. If you are a non-crafter like me, head to Michael’s or even the Dollar Store for those oh-so-easy craft kits.

As much as I would like for the kids to go right to sleep when I say it’s time for bed, I know that’s not going to happen. I know there is probably at least another hour of chatting and giggling before they crash out. This year, each girl is getting a Mad Lib book. I am going to give it to them at bedtime, let them fill some out and then they can take them home as a party favor. Be sure to pre-label with each child’s name so there’s no confusion in the morning.

When my son turned 9 years old, he decided that he would like to get cash instead of presents for his birthday. On this particular birthday, he had a sleepover with three of his best friends and decided that he wanted to take his birthday money and go shopping with his friends the night of his sleepover. We settled on an amount that I would have spent on a present for him and added in some extra that I would have spent on entertainment for the evening. The idea was to load up the kids, take them to the store and let them pick out the items to play with for the evening.

We had to set some ground rules before we hit the store:

– Each kid had to have the same item.

– The agreed upon budget was final so they couldn’t pester me for more money.

When his friends arrived, we told them the plans for the evening, fed them, ate birthday cake…. and then prepared to hit the store. I informed the parents of our plans since I was leaving the house with kids. It’s always good to let the other parents know the plan in case of emergency.

I was nervous that there would be fighting. I was nervous that I would be in the store with a bunch of indecisive kids for two hours. I was pleasantly surprised at how our shopping trip turned out. While we were there for at least an hour, the kids, having known the rules and expectations going in, were very entertaining to watch as they worked it all out. They used some mad negotiating skills – each one making a case for the items they wanted. There was no fighting or arguing!

In the end, they each settled on a Nerf gun and some other small items like those gooey things that make fart noises. Boys will be boys.

There was a great Nerf war party that evening with lots of farting sounds close to bedtime. It was a huge success and taught the kids a valuable lesson in budgeting and negotiating. Who says a birthday party sleepover can’t also be educational?

Whatever you end up planning for your child’s sleepover birthday party, I am sure they will have a great time building memories with their friends! 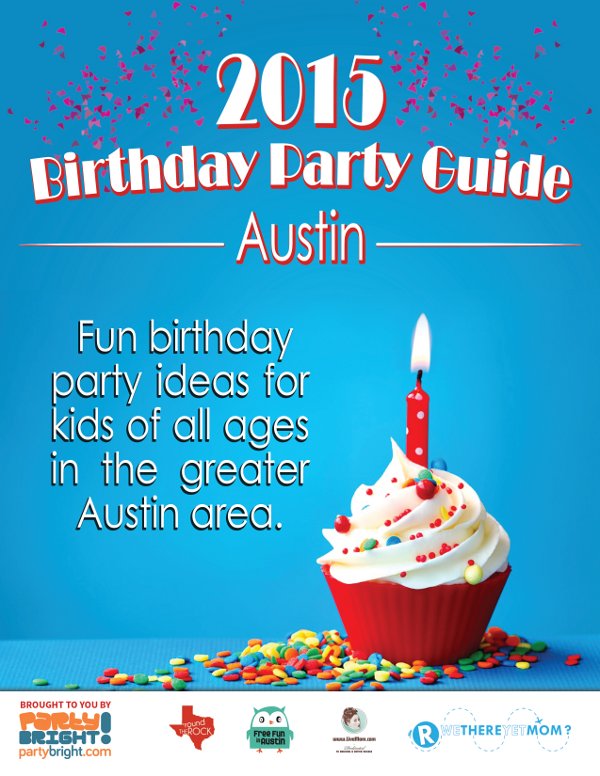 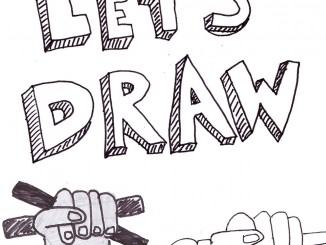 Outside Voice ARTtv at Maker Faire