South by Southwest (or, as it is most commonly known, SXSW) is finally here. Parking is already getting scarce downtown. The city seems to be holding its collective breath, waiting for visitors to arrive from across the world to immerse themselves into education, music, film and all things tech. Worker bees are scurrying to get everything ready in time. 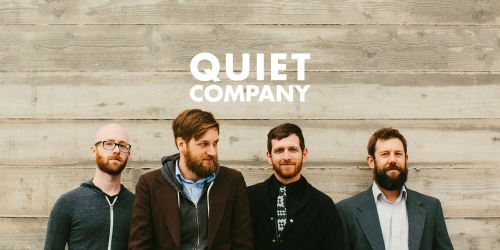 Again this year, we are covering SXSW, primarily for all of the events you can attend without a wristband. With thousands of bands in town (as opposed to hundreds at ACL), there is plenty to see and do. One act we wanted to learn more about is Austin-based band Quiet Company. The band has been around since 2005, and features Taylor Muse on vocals and nearly a dozen instruments; Thomas Blank on guitars, vocals and another half dozen instruments; Matt Parmenter on bass, vocals and piano and Evan Smoker on drums. Last year was epic for Quiet Company, with the band taking home a record ten Austin Music Awards. It’s easy to see why Quiet Company was named one of the Top 5 Bands to See at SXSW. The music is at times tender, catchy, rocking and definitely with an indie vibe.

When I asked a group of friends about the band, one mentioned that her husband’s friend had enlisted the band for his proposal. The next day, she sent me a link of the proposal video. I love how Austin can still be a small town sometimes.

You can catch Quiet Company:

Lead singer Taylor Muse was up for answering our questions about the festival, their new album and life as a dad and a musician.

LiveMom: How would you describe your sound?
Taylor: I would describe it as rock music with singing. It’s very loud and very fun.

LiveMom: Who are your musical influences?
Taylor: We’re all pretty different but we have a handful of artists in common.  The Beatles (of course), Radiohead, Pixies, Smiths, Elliott Smith, Neil Young, etc.

LiveMom: Who are you looking forward to seeing play at SX?
Taylor: I just really hope I get to see all our friends play.  SXSW can get really crazy really fast, so this year my goal is to make time to support our friends at their shows.

LiveMom: Where are your favorite venues to play in Austin? To listen to music? Favorite local bands?
Taylor: My favorite room for a rock show is probably The Parish. For something more stripped down, it’s the Cactus Cafe.  My favorite local bands are The Rocketboys, Whitman,  The Eastern Sea, Dame, and Danny Malone.

LiveMom: A few of the bandmates have children, including Tommy, who was recently photographed for the Austin American-Statesman holding his infant son. How has being a dad changed the way you approach your music, touring and lifestyle?
Taylor: I also have a 4 year old daughter.  She’s the best thing in my life but it does make you take a different approach to touring and life in general.  Now, nothing you do is ever going to be just for you again.  I still love touring but I also hate it.

LiveMom: What can you tell us about your new album? What’s it been like to emerge from a year when you won 10 Austin Music Awards?
Taylor: It was really nice winning those awards.  Hopefully, we’ve lived up to them.  I’m really excited about the new album.  We recorded it predominantly live, which was a lot more fun than tracking it piece by piece.  We worked with Matt Noveskey, who is just lovely, and he helped me see that making a record is more about capturing a moment than it is about capturing an idea, which is a different mentality than I had about all our other records.

LiveMom: For the folks who can’t make it to see you at SXSW, when can we see you next here in Austin?
Taylor: We’re playing at Holy Mountain on May 2nd.  Please get your tickets early.