One weekend in Houston isn’t nearly enough time to soak in all that city has to offer. In fact, on a recent weekend excursion to the Bayou City, we barely scratched the surface of the fun we could have as a family. Since we didn’t have a full week to fully explore Houston and its myriad museums, restaurants, and landmarks, we narrowed our focus to the Museum of Natural Science.

Located on the northern end of Hermann Park, HMNS was established in 1906 by the Houston Museum and Scientific Society. Its major features are the Burke Baker Planetarium, Cockrell Butterfly Center, and the Wortham IMAX Theater. Logging more than two million visitors every year, HMNS is one of the most popular museums in the United States, rivaling New York City’s MoMA and the American Museum of Natural History.

I had been promising my daughter, who is crazy about butterflies (and unicorns, too, but sadly there isn’t a museum dedicated to those, to my knowledge), a trip to the Butterfly Center for weeks and weeks, so that was the centerpiece of our visit. To that end, after we stood in the incredibly long but surprisingly fast-moving line for our tickets (four Butterfly Center and Exhibit Hall tickets cost a staggering $74), we headed straight for the butterfly zoo. 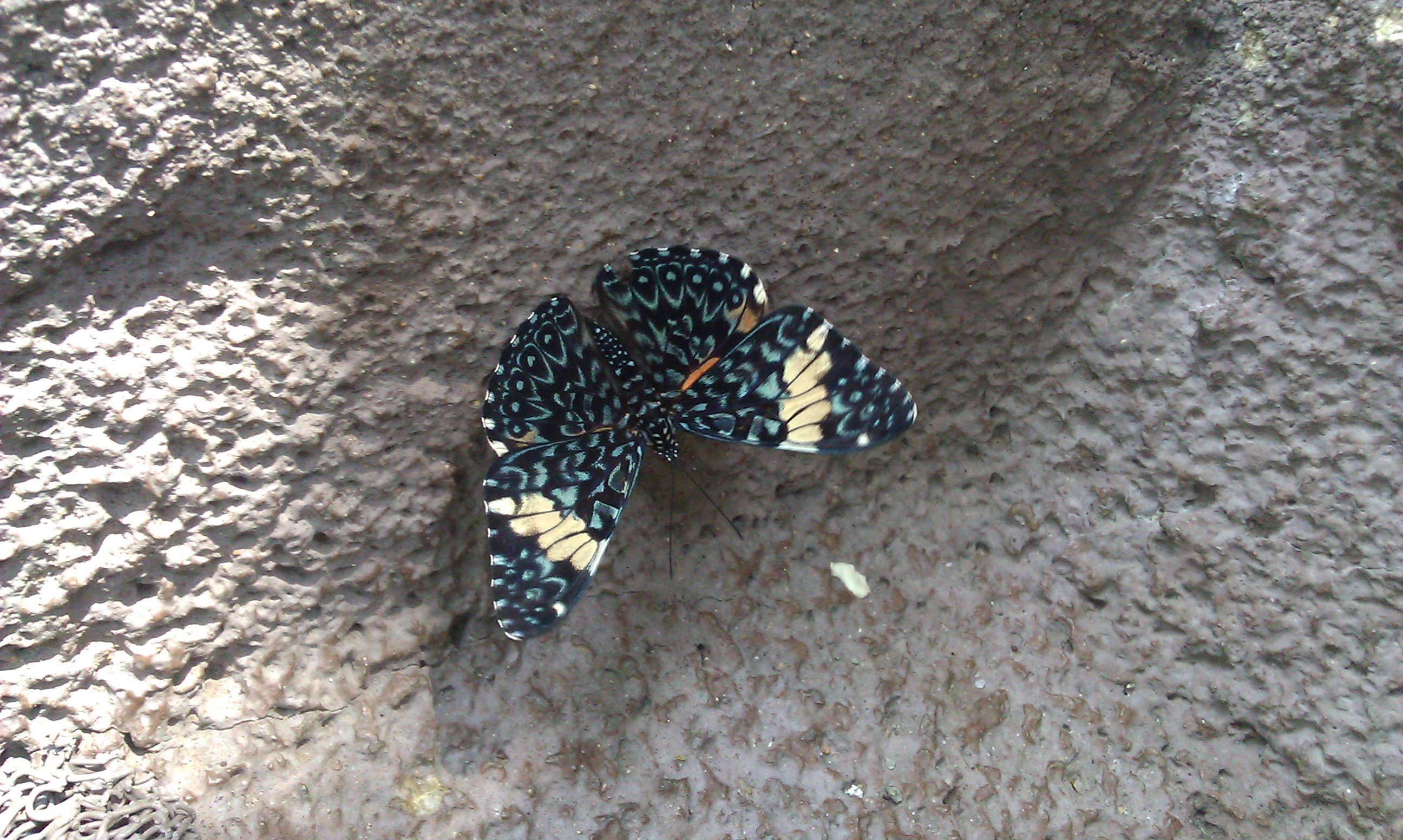 There is a whole entomology hall attached to the Butterfly Center, which we perused idly (I get the major creepy crawlies when it comes to tarantulas and tree roaches, so I was anxious to move on to the enclosed rainforest to check out their prettier cousins). Once inside the three-story glass building, we thrilled at the sight of the butterflies flying everywhere, sometimes landing on or near us (if you stop or sit, be careful that you’re not stepping or sitting on a butterfly!). Our children were enraptured by the sight of hundreds of butterflies flitting past, even though they were getting increasingly frustrated by their inability to entice a butterfly to come sit on their outstretched fingers.

After a long sojourn in the humid enclosure, we maneuvered our sweaty bodies back into the main building and headed to the exhibit halls. (I should note that this visit took place on a Saturday afternoon in July and the HMNS was extremely crowded.) My son and I were entranced by the Foucault pendulum, which demonstrates the Earth’s rotation, and camped out there for a while, waiting for it to knock over one of the little wooden pins situated around it.

The next major portion of our visit to HMNS centered on the new Paleontology Hall, which offers up an exhaustive timeline of prehistoric life, from microbial bacteria to trilobites to wooly mammoths and Australopithecus. The kids weren’t particularly interested in the bacteria and fossilized poop (!); they were more interested in the dozens of dino skeletons, the bigger, the better! 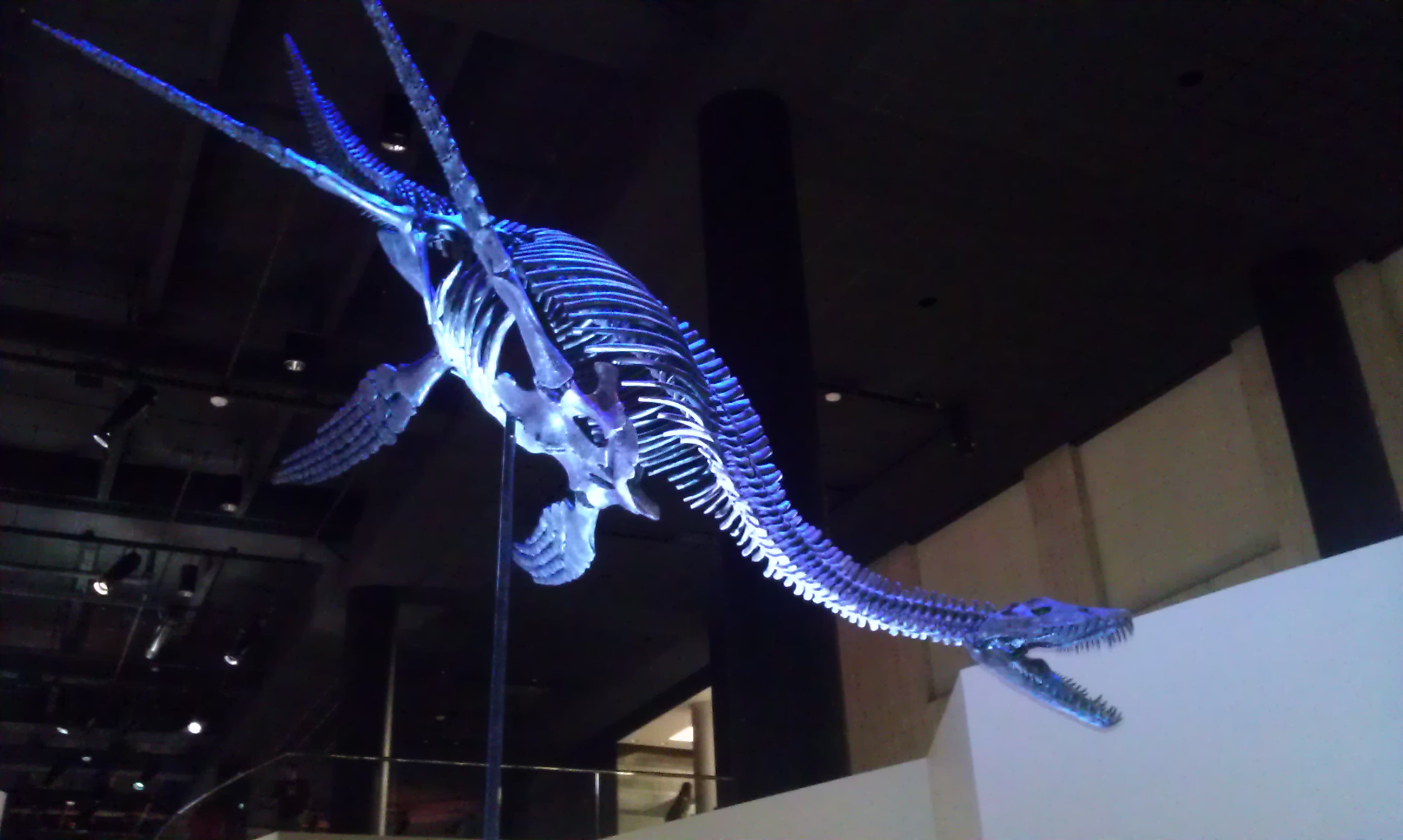 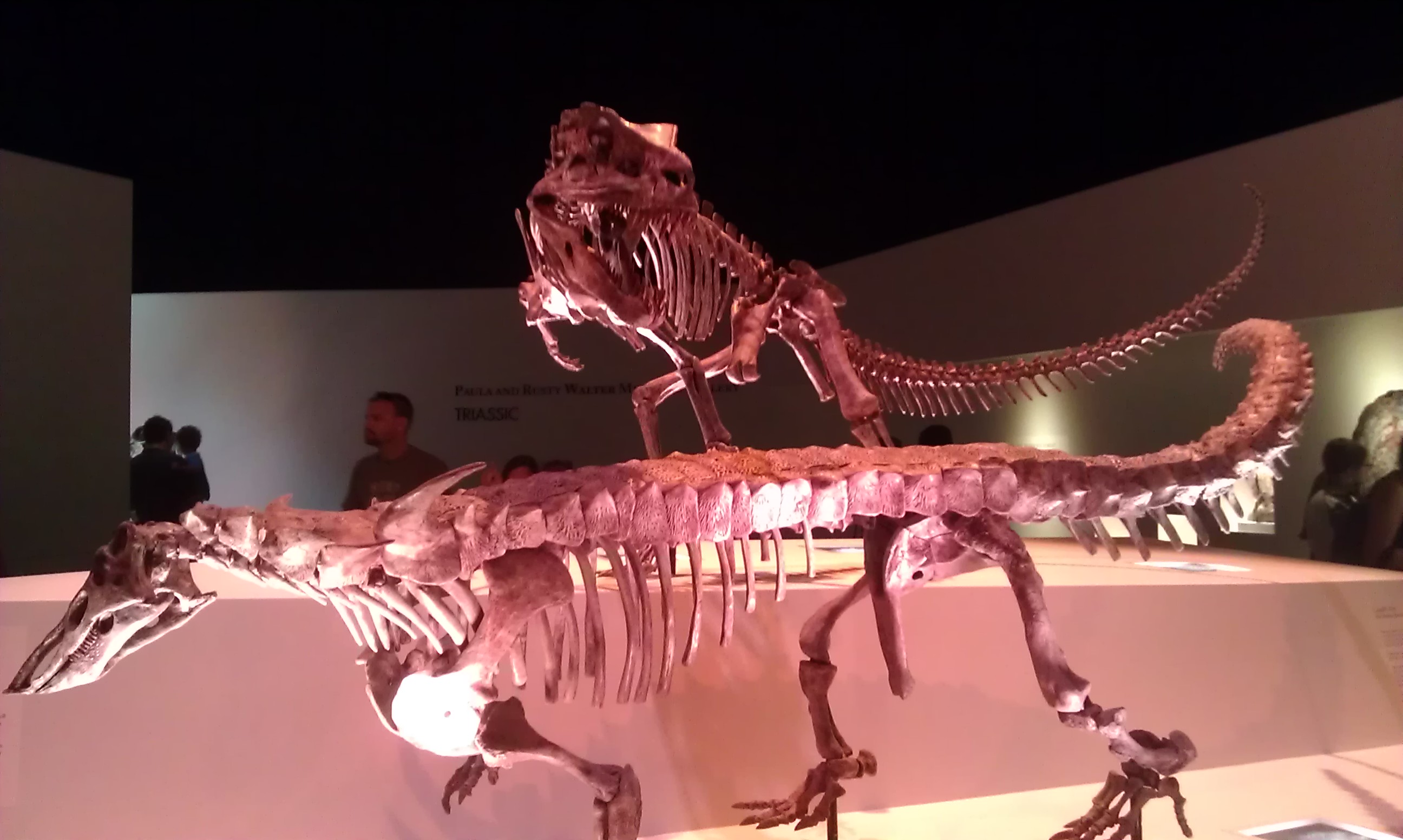 After the paleontology hall, we visited the old-school taxidermied animals depicting the flora and fauna of Texas and beyond. We skipped over the mollusk exhibit and by the time we reached the Hall of Gems, everyone was pretty tired and ready to get moving. “This is a bunch of princess stuff!” complained the Big Kid. So, we stopped by the museum shop for some souvenirs (a butterfly coin purse for the Little Kid and a hilarious t-shirt for the Big Kid).

If we had had more time, we would have explored more of Hermann Park, which also features the Miller Outdoor Theater, the Houston Zoo, the Houston Garden Center, pedal boats, a jogging trail, and a monument to Sam Houston.

Other fun things we wish we’d had time to check out while we were in Houston are the Orange Show, the Center for Contemporary Craft, the Menil, and the Beer Can House, which we did drive past after a really delicious dinner with friends at El Real.

The next morning, we enjoyed breakfast at the delightfully retro Avalon Diner, visited the brand-new Trader Joe’s in the Woodlands, then raced back to Austin to prepare for our return to Real Life. Next time we visit Houston, we’re giving ourselves way more time for eating, learning, and having big fun, Houston-style!