I made a not-so-great crockpot meal the other day. It was chicken breasts with a premade Marsala/mushroom sauce poured over them with whole potatoes cooked atop them. Served with some steamed broccoli, it passed for dinner on a busy Tuesday night, but it was clear that no one was in a hurry to eat it again.

The next night, I was wracking my brain to come up with some way to use the leftovers that would be more palatable when I thought of hash. Definitely not a modern meal, hash either makes you think of Army food or the day after St. Patrick’s Day, neither of which probably whets your appetite. However, I remember hash piquing my interest while reading The Tenth Muse: My Life in Food by Judith Jones (editor of Julia Child’s seminal work, Mastering the Art of French Cooking). It’s a lovely read, and in it Ms. Jones and her New York foodie friends were forever making hash, so I figured there had to be something in it if the woman who brought Julia Child into print was a fan. 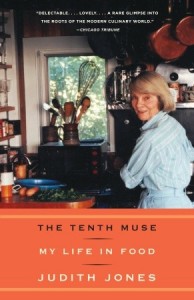 Hash is a super-simple meal, which can have almost anything in it. The most important ingredients, though, are leftover meat, cooked potatoes and aromatic vegetables. Also important is to leave it alone at the end of its cooking time so it can develop a crust on the bottom; without this, it’s more slop than hash. (You can also top it with poached eggs, but that is not my cup of tea.)

My daughter was very intrigued with the whole concept and wanted to help me dice things, so she worked on the mushrooms while I tackled the larger items. (At one point, she forgot the name of what we were making and called it “hulk”, which made us giggle.) We diced all the component parts into fairly the same sizes, then heated oil and butter in a big skillet and added first the aromatics, then the meat and potatoes, then the herbs. I had such a mass of stuff that I chose not to try to flip it, but if you’re feeling confident, you can try browning the hash on both sides.

I served it up at dinner with green beans. I was ready to run to the fridge for Worcestershire sauce or ketchup or cheese or sour cream in case these leftovers had stayed the same, or worse, gotten more boring. But something had happened in that skillet. Flavors had melded, a caramelized crust had formed … and boring leftovers had transformed into a truly delicious meal. Domestic triumph!

My daughter polished hers off and said, with a wry smile on her face, “I’d eat that hulk anytime!”

Heat oil and butter in a large skillet over medium heat. Add onion and celery and sauté for 2 minutes. Add mushrooms and sauté for 3 more minutes, stirring occasionally. Add chicken, potatoes and herbs, stirring to mix, and add salt and pepper (how much depends on how your meat and potatoes had been cooked — are they already seasoned well, or do they need more?).

When everything comes back to a sizzle, reduce heat to low and pour in the chicken broth and partially cover your skillet (I used a stock pot lid that was larger than my skillet, but you could use a plate or some foil). Let it all simmer for 10 minutes.

Remove cover. A nice crust should be forming on the bottom. If needed, turn the heat back up to medium to finish off the crust. (If your brave, here is the part where you can flip the whole shebang to get a crust on both sides. I am not that brave with a 10-inch skillet full of diced hotness.) Serve immediately. Makes 4 servings.

Note: Amounts are approximate with hash — use what you’ve got and what you like. Carrots, bell pepper and garlic would all be good, as would any combination of herbs that you like. Experiment with it.