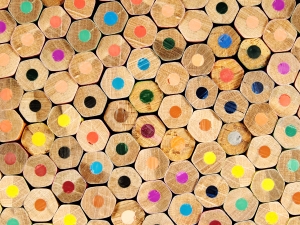 As my son begins his last year of preschool, I listen with anticipation — and could that be a little dread? — from the moms whose children have started kindergarten. Although there are admittedly many children who come home brimming with information, genuinely excited about everything about school, I can’t help but hone in on the challenges and frustrations some of the moms share. Only twenty minutes of recess? How could she possibly need ten glue sticks? Homework — in kindergarten? The school really sent home a fundraising packet the first week of school?

What are the alternatives, you may ask? Some families enroll their children in private schools and some are aficionados of different charter schools. Austin has a robust homeschooling community, composed of families who have decided for various reasons to opt-out of public schools. I recently heard about another approach — unschooling — and was curious to learn more about this philosophy.

According to Wikipedia, unschooling is a philosophy “centered on allowing children to learn through their natural life experiences, including child directed play, game play, household responsibilities, work experience, and social interaction, rather than through a more traditional school curriculum.” Author and educator John Holt is widely recognized as the “father” of unschooling and Sandra Dodd is another well-known advocate of this philosophy. Although you keep your children at home, you are not homeschooling in the traditional sense, since you are not following a set curriculum.

An ABC News report (which was frowned upon by unschooling proponents) estimated that of the 1.5 million children being homeschooled, 10% are unschooled. Nine states, including Texas, do not have any laws about unschooling or homeschooling, meaning that parents can simply notify the district that a child will not be attending classes and not run afoul of the law.

One of the first things I learned about unschooling is that, by nature, it can be hard to define. Joyce Fetteroll, who maintains a comprehensive website about unschooling called Joyfully Rejoycing, states, “The goal of unschooling is not education. It is to help a child be who she is and blossom into who she will become. Learning happens as a side effect.”

I was lucky to connect with three moms who were willing to share their perspectives on unschooling. Jessica Arellano, here in Austin, has been unschooling her son Elliot, 10, for over a year after her family made the decision to pull him out of a public elementary school. Hannah Ford, also in Austin, found unschooling before she started a family and plans to unschool her son Sylvan, who is now 2. Lauren Fisher is an Australian mom to four girls under 6 and found the philosophies a good fit for her family’s lifestyle and past experiences.

The moms had different critiques on the value of school. Jessica comes from a family of educators, and admits that school is great for some kids, but just not Elliot. Although Elliot had always had trouble in school, it wasn’t until fourth grade that she noticed signs of low self-esteem and depression which eventually led to the family’s decision to try something “totally different”. Hannah had experience as a teacher in Japan and as a substitute in the States, all of which made her question the traditional educational model and want something different for her children. Lauren realized using a workbook to teach reading to her oldest daughter was not effective, but that on her own her daughter would find joy in “her own journey of discovery”.

Many unschooling families must first grapple with the fact that most parents have attended traditional school and have been socialized to measure children’s development by academic milestones. Parents who choose to unschool often must therefore unschool themselves before unschooling their children. For example, Lauren had to be mindful about thinking learning had to be boring, since her children did not have this institutional baggage. For Jessica, it was nothing short of a total paradigm shift and at first she found herself writing down what she had done each week and feeling uncomfortable with not having a set lesson plan.

So if you are unschooling, what does a typical day look like? Hannah mentioned the concept of strewing: placing items in your child’s life and seeing which things they naturally gravitate towards and taking whatever amount of time he or she wants to explore those things. That might mean a hike on the Greenbelt, a visit to a museum, a week spent building a skateboarding ramp or free play among siblings. Depending on the child and the parents, it may have more or less structure. At some point, unschoolers may decide to attend public school, and most unschooling families support the children’s decision to direct their own learning.

One common thread among Jessica, Hannah and Lauren was the idea that family relationships were paramount. Elliot even mentioned that one of the benefits of unschooling has been more time to spend with family. Lauren pointed out that, “We can focus on relationships where others structure their lives around the timetables of work, school-work and responsibilities. We stay together as a family for many activities, learning to enjoy each others’ company in different settings.”

It is easy to think about your child’s future in academic terms: I hope my son gets in a good college and lands a great job..and is happy. Unschoolers focus on the latter. As Jessica says, “Our goals have always been that our kids be happy and have the foundation and the self-esteem to stand up for themselves and to be who they are, to learn who they are and to have the freedom to explore who they want to be.” In Hannah’s case, she points out that “as parents we have a lot of power. We have access to a lot of things and knowledge of a wider world of what might be possible. So we can make a lot of things happen. Our role would be to do as much of that as we can for our kids.”

The more I learn about unschooling, the less “fringe” it seems. Although I am not sure unschooling would work for our family, it’s good to learn about another perspective and know that it’s out there as we approach kindergarten.

Had you heard about unschooling? What do you think of the approach? How do you think unschooling addresses the shortcomings of the traditional school-based educational model?