Is it really mid-July? On one hand, the appearance of backpacks at the front of stores is making me cringe. On the other hand, it seems like years since school was in session.

One of the ways I’m maintaining my sanity this summer is consulting various lists to feel as though we have taken advantage of our summer to go out and do some fun stuff. Thank goodness for the Austin Summer Fun Checklist, to get my kid’s eyeballs unglued from a screen to save me from playing Transformers all day.

Even better, we can all gather to celebrate the fun we’ve had this summer at the Back to School Music Bash!

Best of all, it’s free! Stay tuned to LiveMom and Austin Summer Fun for more details.

I remember at first, thinking, Cross off five items in a month? Man, that will be easy!  Yet there we were, on day 29 of June, crossing our last two items off our list so we could enjoy our free kids’ meal at Top Notch on Sunday and get our Grab Bag from Terra Toys on Monday (yes…the final day of the month!) Here’s how we did it: 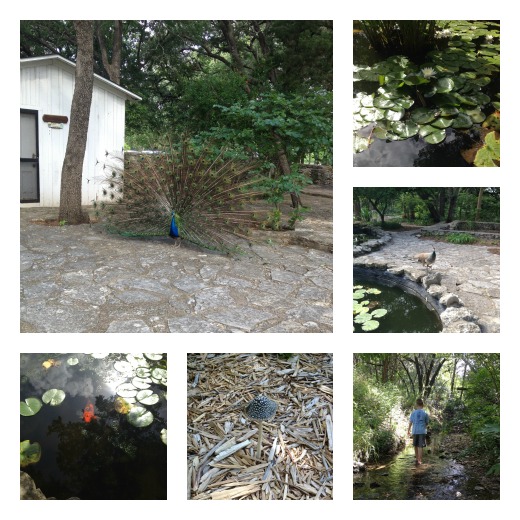 Check out the peacocks at Mayfield Preserve

I was glad my 8-year-old son chose to visit the peacocks at Mayfield Park, as we hadn’t been in a while and I have such fond memories of visiting when he was little. I enjoy the Park’s shade and the easy trails. The first peacock we encountered was either albino or white, so that was a nice treat. My son really enjoyed being the photographer himself and we both fell in love with an itty bitty turtle in one of the ponds. The stream on the Bell Trail had water in it, which confirmed how I always think of the park: as an urban oasis. 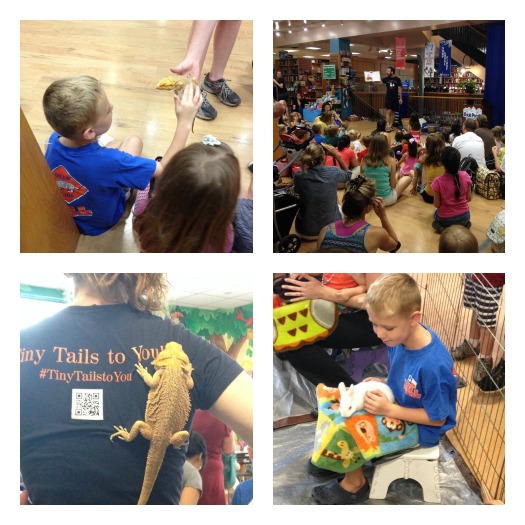 Listen to a storytime at BookPeople

I’m usually behind on my emails and so I tend to read about a cool event at BookPeople…after it happens. Luckily, this time I noticed that Tiny Tails to You (the mobile petting zoo) was having its once-monthly storytime on a day we could make it. I knew my animal-loving kid would love it, so we made our way downtown far ahead of time, since we had a camp at noon that week and found out tickets are handed out by group and we wanted to be in the first group. The Tiny Tails folks read a few books, including a Pete the Cat book, and the place did get pretty crowded. Although the time petting the animals was relatively brief, the trip was a success! 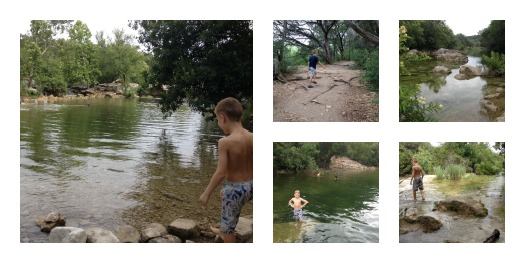 Take a hike along the Barton Creek Greenbelt

A work colleague of my husband’s was in town for a few weeks, so we played tour guide one Saturday. We started off the day with a hike to Twin Falls and Sculpture Falls, which my son had also never visited. We arrived relatively early, so it wasn’t too crowded. We all enjoyed jumping off into the cool water and floating on our backs. We must have spotted a million tiny frogs along the way, so we had to make plenty of spots so he could try to catch a few (and release them). Afterwards, we made the trip out to Salt Lick for some lunch. 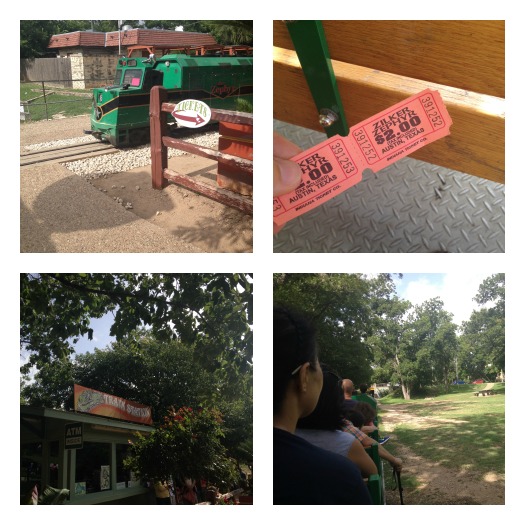 Ride the train at Zilker Park

I was a little surprised my 8-year-old chose to ride the Zilker Zephyr, but I was secretly looking forward to it, since I really like to ride the train myself. There is something comforting about the train and how it has basically not changed since I was a kid. As I expected, my son’s favorite part was going through the tunnel at the end. Fresh air plus a cool breeze equals a successful Austin summer outing!

Again, I was a little surprised my son chose to visit the Capitol, since he had recently gone with his class for a field trip. I had taken my sister in law and my nieces when they were in town for their Spring Break, so I was curious about whether the tour would be similar. I was pleasantly surprised when I discovered that the tour was quite different and although my son’s attention lagged a bit at the end, he did a great job sticking with the mostly-adult crowd that was on the tour. 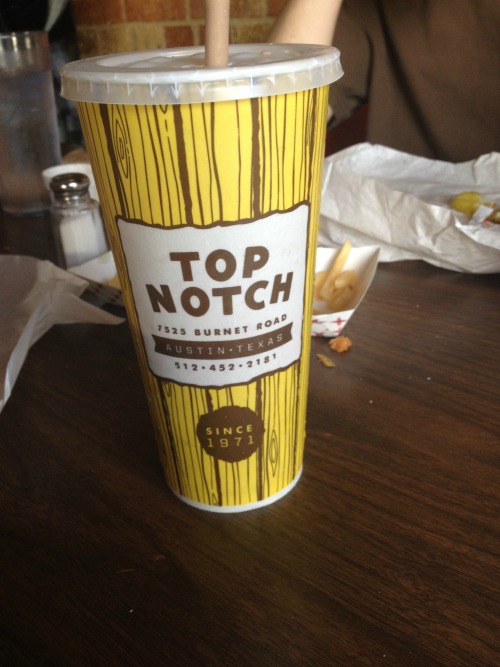 Yes! We did it! The grab bag from Terra Toys, which we can go back to redeem each month of summer, provided we complete at least five items, was also a huge hit.

Now, we are halfway through July, and we have checked three items off our list! We went to the Bullock for the free First Sunday, we had our own driveway fireworks show and we visited Laguna Gloria to see the artwork of Orly Genger and others on the grounds. We’re still deciding on our final two stops, but we can already see the Zocalo meal at the end of the tunnel.

If you haven’t started the Summer Fun Checklist yet, don’t worry! It’s not too late! You can start at any time. The Austin Summer Fun website has over 40 articles with insider tips on visiting the places on the checklist if you have trouble deciding where to start.

How are you doing on the Austin Summer Fun Checklist? How many items have you crossed off? What’s been your favorite thing you’ve done so far? 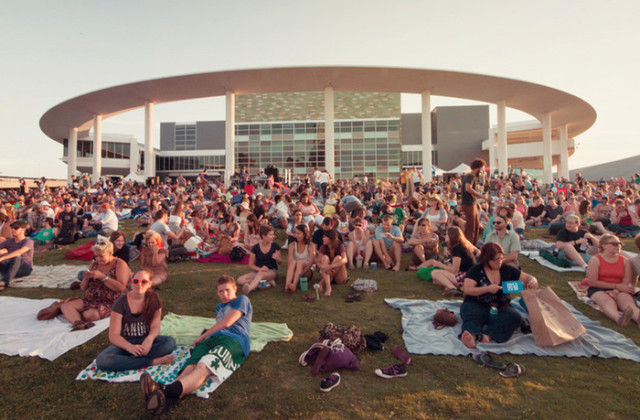 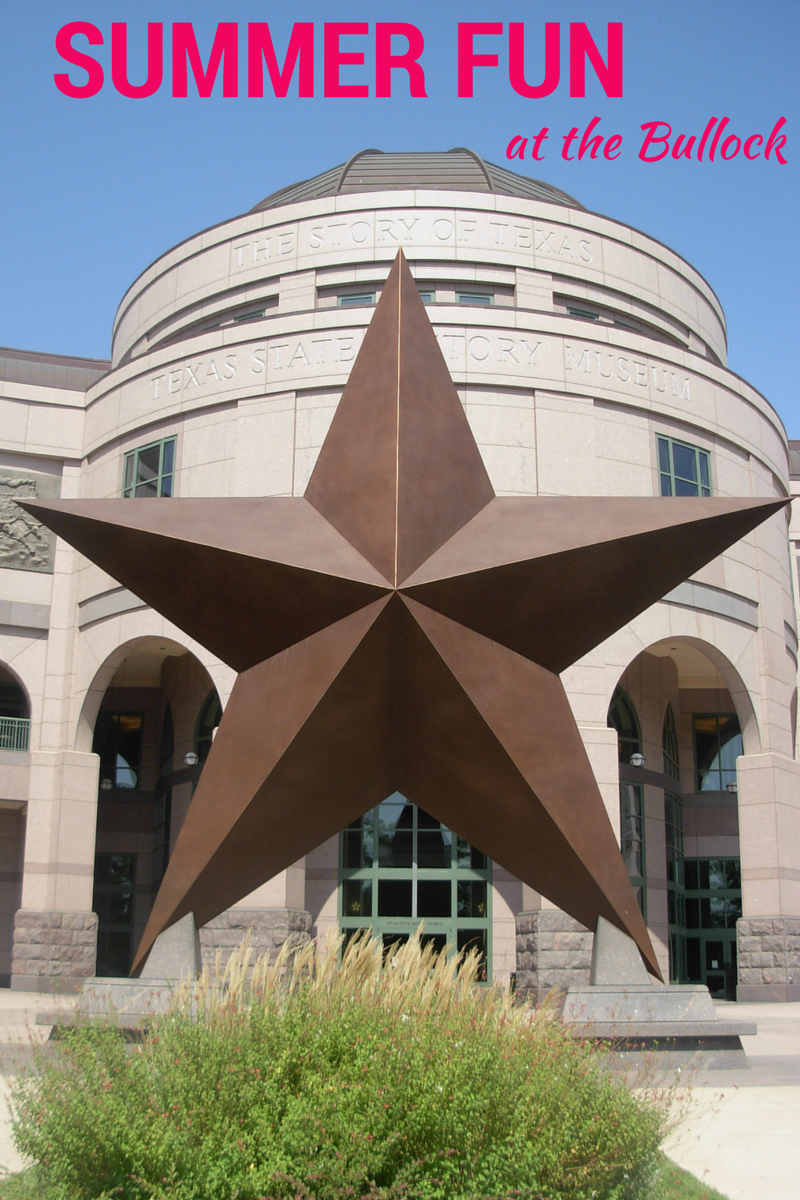 Summer Fun at the Bullock Museum