One very lucky winner will become the owner of the HGTV® Smart Home 2015, built by Scott Turner, Austin-based founder of Riverside Homes. 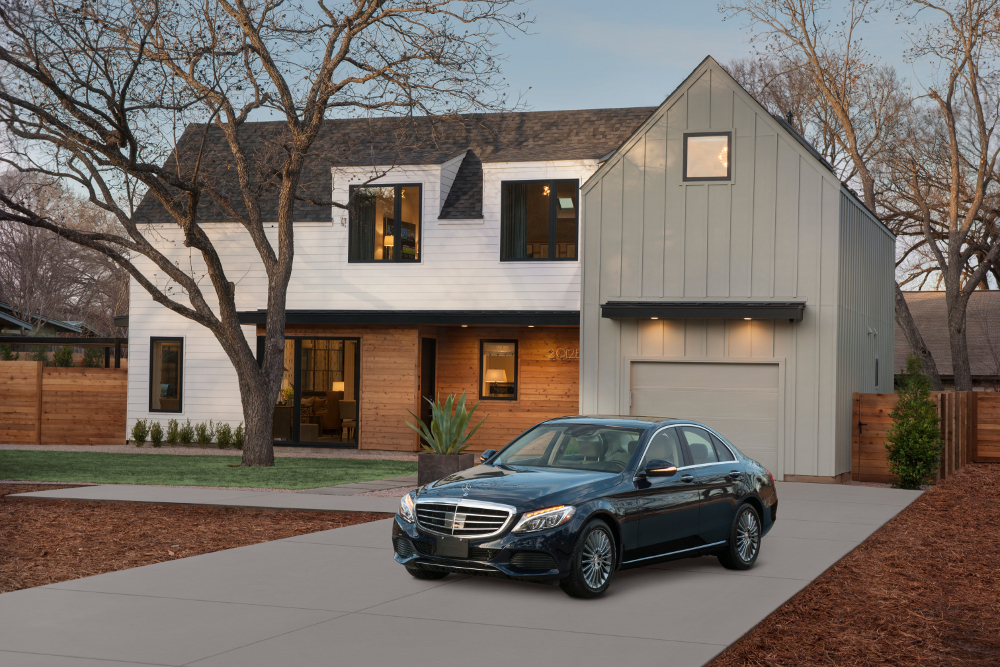 The modern Austin farmhouse is in keeping with the city’s “Imagine Austin” development plan and the McMansion ordinance that limits the size and configuration of new homes in central Austin.  The HGTV Smart Home is the first of a collection of six custom homes on almost an acre with a common courtyard in between.

As a seasoned builder and real estate broker, Turner is known for securing some of the very best urban lots in Austin and building thoughtfully designed, energy-efficient homes in his distinct modern Austin style.

Located in Austin’s historic Zilker Park neighborhood, the HGTV Smart Home 2015 is a two-level, approximately 2,300-square-foot “modern Austin farmhouse” designed with a transitional urban feel. This new home in South Austin’s famous 78704 zip code by Turner and his team at Riverside Homes features open living and kitchen spaces surrounded by large, bright windows outfitted with smart shades that can reduce glare on demand. This area makes for great entertaining and shares the balance of the main floor with a bedroom and a universal design bath. 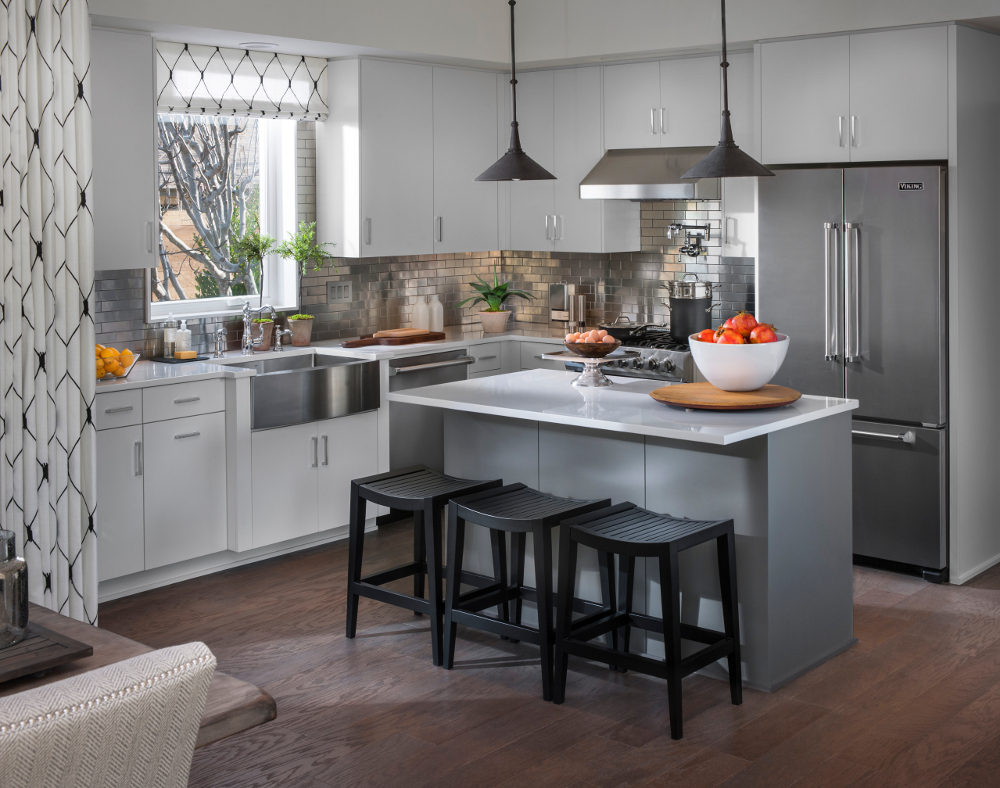 The second floor features a vaulted media loft that serves as a second living area, flanked on opposite ends by the master bedroom and a third bedroom, both with an en suite bath.  Vaulted ceilings, well-placed windows and solar-powered skylights make the space feel light and airy. This part of the home also boasts smart features like the 85” ultra high definition, 4K big screen TV, remote controlled LED lighting and even a bathroom window with glass that turns opaque with the touch of a button. 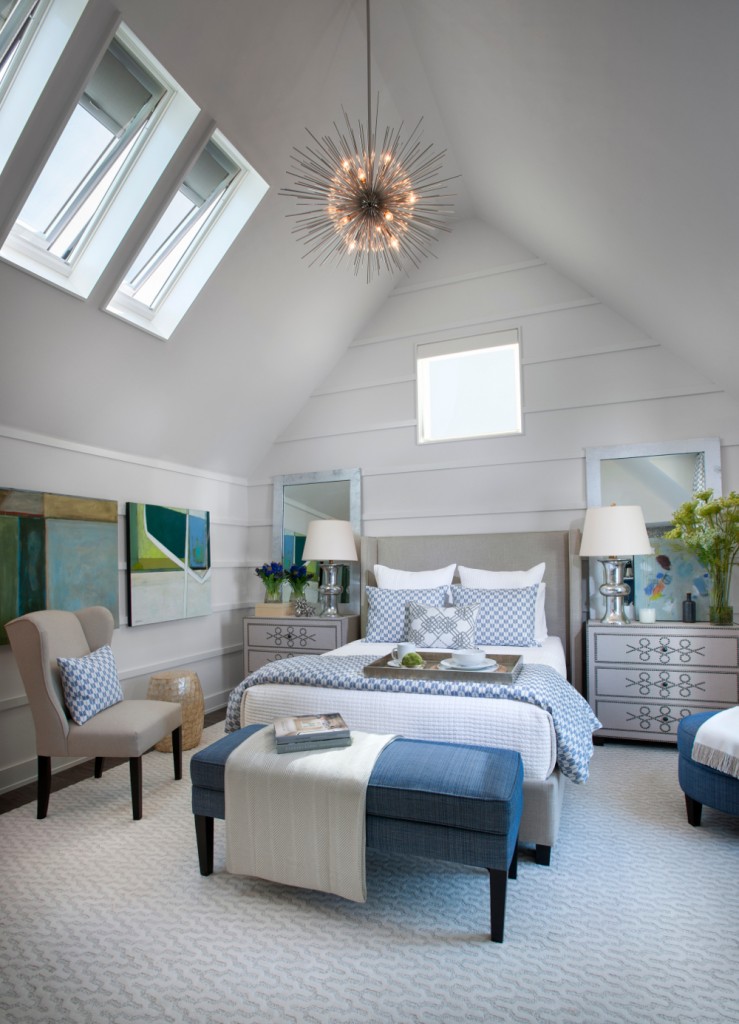 The HGTV Smart Home 2015 has multiple outdoor living areas, including a screened-in porch and a pergola-shaded dining area with barbeque grill connected to the home by large sliding doors that can remain open much of the year, adding extra living space to the open floor plan.  All of the homes in the community were designed to preserve the many mature, protected trees on site, including the large pecan tree providing a canopy of shade over the HGTV Smart Home 2015. 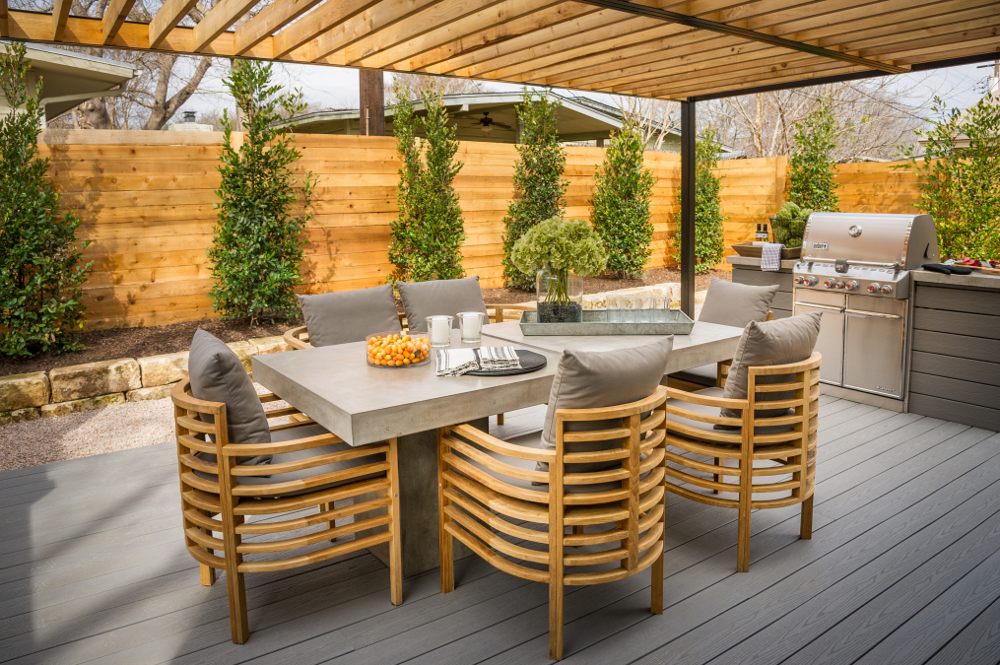 Austin’s Zilker neighborhood is decidedly urban, which puts this year’s HGTV Smart Home within walking distance of popular stores, restaurants, schools and parks for the lucky winner to enjoy without travelling far from home.

This tech-savvy home is a combination of advanced green building practices and technological innovations. Awarded four stars by the Austin Energy Green Building program, the home is one of the most energy efficient in Austin. Its systems are designed to work together to not only save on utility bills, but also provide the homeowner with healthy, environmentally friendly living. Many of the systems Turner incorporated into the house can be run remotely by the homeowner, and some even learn the owner’s usage patterns and adjust accordingly on their own.

How to enter for a chance to win the HGTV Smart Home 2015 or build another with Riverside Homes:

During the giveaway period for the HGTV Smart Home 2015, which begins April 15th at 9 a.m. ET and runs through June 2, 2015 at 5 p.m. ET, eligible viewers can enter twice per day on HGTV.com and can sign up for daily email reminders. HGTV Facebook and Twitter fans (#HGTVSmart) can check in for ongoing updates and new details. Check out hgtv.com/smart for official rules.

The HGTV Smart Home 2015 Grand Prize winner will receive the home, a 2015 Mercedes-Benz C-Class, $100,000 provided by national mortgage lender Quicken Loans, as well as all furnishings, tech appliances, and artwork throughout the home.

For those who don’t win the home, but would like something similar in architecture, location and style, Riverside Homes has two homes available in the community and more nearby at Copeland Court, a development of 18 homes in the same Zilker neighborhood. 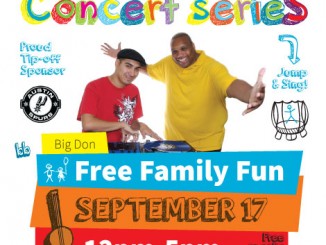 Big Don at The Domain for Springfree Trampoline Concert Series