This time of year, many of us think about giving back. With a growing number of Austinites still reeling from the economic downturn and a social services infrastructure struggling to keep up with sustained growth, philanthropy is more important now than ever. Two local organizations are helping Austin girls and women pool their resources to make a big impact on the city we know and love.

Founded in 2003 with the belief that “ordinary women can make an extraordinary impact”, Impact Austin is a women’s giving circle which is now one of the largest women’s philanthropy groups in the nation. Each Impact Austin member contributes $1,250 each year — $1,000 of which is combined with other members to make annual grants, and $250 of which supports daily operations and member development. Grant applications are accepted from greater-Austin area nonprofits each winter in five areas: culture, education, environment, family and health and wellness. In addition to making a financial contribution, members are invited (but not required) to be on a Focus Area Committee help narrow down the pool of applicants. During an annual meeting in June, the top two finalists in each focus area make a presentation to the membership, each Impact Austin member casts one vote in each category and the winners of each of the five annual $100,000 grants are announced.

To mark a major milestone in Impact Austin’s history — distributing $5 million in grants to local nonprofits — the organization plans to award its first catalyst grant in 2015. In addition to awarding the five traditional grants of approximately $90,000 apiece, Impact Austin hopes to award a $50,000 grant to “strengthen or grow a nonprofit organization in order to improve its future performance, impact and sustainability”. In order to meet this goal, Impact Austin has launched a membership drive until the end of 2014 to grow the organization to over 500 women.

To learn more about Impact Austin, its members and how the organization is changing Austin for the better, you can attend the upcoming Membership Coffee on November 11th at 6pm at the I Heart Radio Music Lounge. For more information and to register, click here.

In 2005, Impact Austin founded Girls Giving Grants (G3), which is a giving circle for girls in 8th-12th grades. Each member contributes $100 a year, and the girls meet twice monthly from October through April to determine which local charity should receive the annual grant. Earlier this year, G3 awarded its 2014 $6,000 grant to nonprofit Helping Hand Home for Children.

Karen Elliot has been a member of Impact Austin for nine years, and both of her daughters, Sierra and Allison, have been part of Girls Giving Grants. During the time she has been an Impact Austin member, she has seen the number of annual grants to local nonprofits increase from three awards to five. Karen currently serves on the Grants Committee, and has appreciated learning more about Austin’s nonprofit community. “My professional background is in social work, working with children in state custody,” she explained. “Now I am even more aware of the vast number of organizations that support the elderly, arts, environment and our animal friends. I love the many opportunities available to give back to Austin.”

Karen’s older daughter, Sierra, was involved in Girls Giving Grants up until her graduation from Westwood High School in May of this year. Sierra’s younger sister, Allison, has been a Girls Giving Grants member for four years and is now a sophomore in high school. “My favorite part of G3 is the eye opening experience it has given me. I now not only know more about evaluating grant and nonprofit organizations, but I have also learned to voice my opinion more often. Overall, I feel good when I can say I positively contributed to those in need.”

It’s clear that these women and girls are playing a large role in making Austin a better place, one grant at a time. 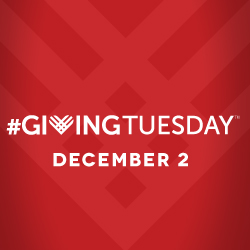 #GivingTuesday: Kick off the Holiday Season by Giving