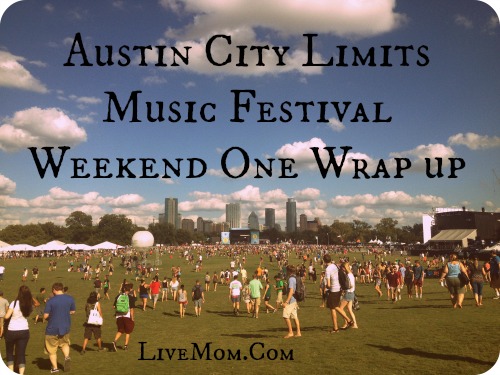 We listened to over 24 bands over the course of three days, took over 100 photos (including some interesting fashion choices that we just couldn’t resist capturing) and ate our way through the day and night to harness enough energy to get us home safely to our beds. Now we might need until SXSW to recover. Here is our take on our favorite bands, food options and a few tips to make next weekend’s festival rock your socks off:

Friday was the least crowded, and so it was a good day to bring a toddler for a few hours. He enjoyed Austin Kiddie Limits from the comfort of his stroller, walked around a bit on the way to the Bud Light stage and conked out for the remainder of the time, before meeting up with his dad at the Austin High pickup/dropoff area. Although it can be hard to navigate the gates and other narrow areas with the stroller, being able to stash a lot of gear, blankets and water bottles in the bottom was really nice.

Thao & The Get Down Stay Down is a highlight of the Bud Light stage. The band stood out as a great way to ease into the first afternoon of the festival with laid back, yet upbeat songs. Frontwoman Thao did a nice job of engaging the crowd.

We caught a few songs of Fun., whose music is very well-suited for ACL. Admittedly, it is much easier to sing along to “We Are Young” at the top of your lungs when you are alone, in your car, when you aren’t surrounded by twenty-somethings, but it was still…fun.

Local Natives‘ surf-infused rock and dreamlike melodies gets the crowd moving at the Samsung Galaxy stage in the late afternoon.

Kaskade makes for excellent people watching, even if it’s just a guy on stage spinning. We grabbed a beer and sat along the fence on one of the walkways, which led to a nice view of dancing patrons. The crowd was super high energy, which was more than we could say for ourselves in the early evening.

Depeche Mode headlines on Friday night. I admit, even being a fan, that the show was a little weird. There is no denying that this performance has a high entertainment value and they played a mix of their new and old songs, which made the crowd very happy. What was weird? Well, if you are into seeing Dave Gahan grind the microphone pole while grabbing his junk, you will be very pleased at this performance. Honestly, I was in awe as he is about a decade older than me and has an insane amount of energy to carry him through 1½ hours of performing.

We eagerly anticipated the cold front moving in, to cool things off, and quickly joined the ranks of those huddled in blankets and jackets by the end of the Cure’s set. We arrived a little later, so we would still have some energy left to join our ticket winners at the Discover Great Music Lounge after the festival shut down for the night.

Passion Pit does not disappoint. It was loud, great sound. Definitely don’t miss this one!

Kendrick Lamar is definitely not family-friendly music. If you still have your little ones with you at this point of the festival, move as far out of earshot as possible. Tip: When Kendrick instructs you to wave your hands in the air like you just don’t care, make sure the beer can that you are holding in one of your hands does not spill onto the person in front of you. Wave one hand, gently move the other. Much safer that way. For the record, he did not tell us in so many words to wave our hands in the air like we just don’t care. I think he said put one hand up. Now put the other hand up. But since I was one of the oldest women in the crowd, that’s what I heard in my head…cause I am a product of the 80s and 90s.

Headlining Saturday’s show, The Cure nearly brought me to tears. They sounded just like they did 17 years ago! Seriously, I made Nicole go off to the porta-potty by herself because I could not force myself to leave. But then a half an hour later, I also had to make a trip to the wonderful porta-potty so I should have just stuck with my buddy. Tip: If you find yourself having to leave the show mid-way through for a bathroom break, exit the crowd and head to the right as the porta-potties there seemed to be less crowded. Also, the crowd thinned out at that time so I was able to grab a spot right up at the front of the stage.

Nicole hit the festival early on, and Catherine brought her toddler and 6-year-old for a few hours in the afternoon to enjoy the last day of ACL. I’m not sure whether it was the lineup, the cooler weather or the fact that it was the last day, but it was packed early on. Even with the showers overnight, the grass was only wet in a few spots, so sandals turned out being fine.

Courrier was a band we interviewed earlier in the week, so Nicole was looking forward to catching their set. Getting to Zilker early certainly has its privileges, as there are still front row spots available midway through. For those of you attending the second weekend, this might be a spoiler alert, but it also shows how much fun the band was having and how infectious their music is.

MS MR was another band we interviewed prior to the festival. I wasn’t sure how their sound would translate to a huge outdoor festival, but Lizzy Plapinger’s Florence-like vocals and the energy of Max Hershenow were well-received by the crowd.

Lone Bellow was another artist on the Austin Ventures stage that really engages the crowd. The harmonies that lead singer Zach Williams, Kanene Pipkin and Brian Elmquist meld perfectly with their folksy rock. Their songs are simply magnetic.

I thought The National would be too low key for me for a festival, but their set includes a nice mix of songs I had heard before, plus some new stuff.

Note: Although we were bummed we missed their sets, we’re glad we can catch these local bands we interviewed outside of the festival: Dana Falconberry, School of Rock, Barton Hills Choir, Grace London and the Peterson Brothers Band. You also might want to check out our profiles of Play Date and The Q Brothers.

What to eat:
For a late night snack, the Second Bar + Kitchen Truffled Pomme Frites were tasty. Nicely salted with a side of mayo was just perfect as we left the festival on Saturday.

Also, the empanadas from mmmpanadas were delicious. Flaky crust and well seasoned filling pleased both mom and tot. I got the Argentinean beef, Nicole had the Green Chile Chicken, but there are veggie options as well.

Coolhaus was a win-lose with Nicole pleased with her late night sweet treat while Catherine’s left a little something to be desired. On Sunday, Catherine went back in with her two kids to give it another try. Really, it was tough to believe that two cookies paired with a scoop of ice cream in between could be wrong so it HAD to be tried again. Sure enough, the chocolate chip cookies with vanilla bean ice cream won her over. Tip: Get a spoon and a handful of napkins as this can be quite messy. There were no spoons or napkins out at our first visit so we had to ask. They were better stocked up by Sunday with napkins, spoons and little cardboard containers to catch the drips.

Reminders (because we are moms, after all!):

Lastly, Kiddie Limits is a haven for all the little ones who also want to enjoy Austin City Limits Music Festival with mom and dad. While Friday was relatively less crowded than Saturday and Sunday, it can still get a bit squished in there. Tag your kid in case they get lost. The Tag a Kid booth is right at the front on your left-hand side as you enter the Kiddie Limits area. Tip: My daughter gets easily overwhelmed with large crowds, but we found the giant sandbox (directly behind the Q Brothers Hip Hop booth) to be a quiet reprieve from the people and noise. It is also shaded and has a handful of chairs for parents in case you don’t want to sit in the sand.

Did we see every single band we wanted? No (Dan Croll, Haim, Dawes, among others. Sigh). Were we disappointed with any sets? Sure (Foxygen, I’m looking at you…although the mom in me is just worried, I’ll admit). But all in all, it was a great festival. How else could we have the chance to see so many bands in just a few days, remember what it was like to see music before we were mamas and fit in some of the best people watching while we were at it?

What were your impressions? Do you have a favorite new band now? Any disappointments? 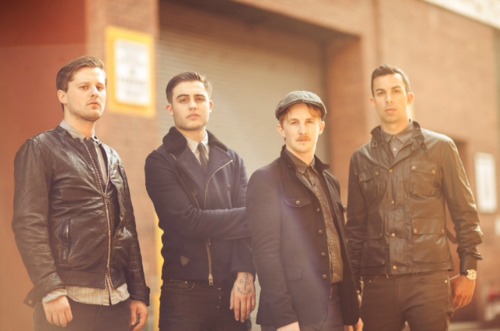 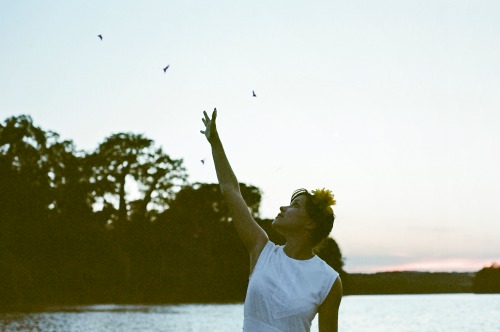