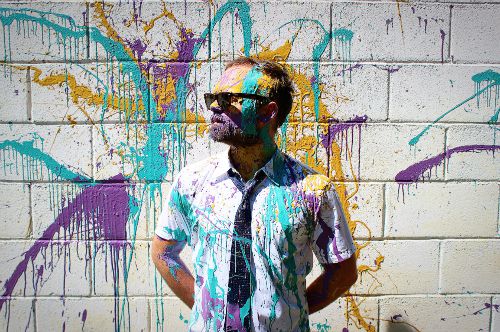 This week, the band releases their latest single, “Names,” and for the next six months, 100 percent of the proceeds will be donated to Habitat for Humanity.

Alpha Rev is currently on a summer tour that began in Austin, criss-crosses the country and culminates in Dallas. The tour, called Music Builds, is an exploration of the ongoing poverty crisis, and what Habitat for Humanity is doing to fight it. The band is working closely with the organization to inform and inspire Americans to take action in the fight against poverty. Alpha Rev’s Casey McPherson filmed his time volunteering for Habitat, and is using the footage to create both a music video and a PSA to bring in new donors. You can learn more about the campaign at PledgeMusic.

“’Names’ is all about being able to change,” explains McPherson. “We’re all born with a name, born into an environment that we had no say in creating. For most of us, we see our situations as the way things must always be, but we forget that we are in charge of the life before us, and we can be given a new name, so to speak, if we choose. For those of us born into poverty, abuse, chaos, or whatever the negative attribute may be, we don’t have to stay there! This is what Habitat for Humanity is doing, and they have inspired this song.”

Fronted by Casey McPherson, formerly of Endochine, Alpha Rev released their debut album, The Greatest Thing I’ve Ever Learned, in March of 2007. McPherson’s honey-laden vocals, along with with Zack Loy’s impressive guitar work and Tabber Millard’s memorable drumming, helped gain the band significant buzz and a spot as the #1 indie band from Texas on the Myspace.com charts.

In 2010, Alpha Rev release New Morning, a full-length LP recorded at Avatar Studios in New York. The album’s title track and single appeared on the Billboard Hot 100 charts, while the video debuted on the VH1 Top 20 Countdown. In 2013, Alpha Rev hit another homerun with their third album Bloom. The band released a lyric video for the album’s first single, “Sing Loud,” which eventually reached #10 on the radio charts.

Alpha Rev’s next performance in Austin will be at Batfest on August 22nd.