We’re thrilled that Skye Kilaen joined us on our quest! Last we heard from her, she and her son conquered hot lava (Hot Lava Obstacle Course, that is). This time, the two of them visited one new-to-them splash pad and one old favorite. Here’s what she shared about that experience:

Sometimes the things we never get around to doing in Austin just aren’t that hard! This post is a perfect example. We had managed to visit the Quarry Splash Pad in Williamson County last year twice (more about that later)… even though we live in South Austin, about 10 minutes away from the Ricky Guerrero Splash Pad, which we had never been to.

Time to get our South Austin cred caught up! And Catherine had posted the 2014 Austin area Splash Pad schedule here at LiveMom.com last week so our mission was clear.

Six year old Boy Detective has now visited the Ricky Guerrero Splash Pad twice in one week, and he gives it two thumbs up. I wasn’t even aware of the “splash pad” concept until a few years ago, but I quickly came to appreciate them. As the mama of a not-yet-swimmer, I’ve really appreciated a summer water fun option that he can completely enjoy without me having to hold onto him!

I asked Boy Detective what his favorite things were about this splash pad, and here’s his list:

He’s right, Ricky Guerrero park is a sweet little neighborhood park which we hadn’t even explored because we live so close to Stacy Park. So even when the splash pad isn’t the main attraction, we’re glad to know about this park. And at some point we’ll remember to bring enough food that we can stay and play there after spending a couple of hours in the water!

As you can see from the pictures, this is definitely a smaller kid splash pad. My six year old looks the right size, but my guess is his 10 year old cousin might have been a bit out of place. I don’t know what the mix of kids is on the weekend, though, as we’ve only visited during the weekday mornings.

Then as much as we now love our new favorite splash pad, I still need to give props to the Quarry Splash Pad in Leander. If you haven’t tried this one, add it to YOUR Austin bucket list. It has a $2 entry fee per person, and their machine doesn’t make change so be prepared with dollar bills. But it’s amazing. It’s big enough for even teenagers and adults to enjoy, with several distinct areas and a stone water slide big enough for up to five and six year olds.

This photo shows only about half of the large main play area:

I only felt brave enough to take photos when I could catch a minute or two that not much water was jetting out of the ground. There are also waterfalls down from the back walls. And a rock climbing wall for kids under a bridge between two of the areas, in a space with no water.

The Quarry has several shaded pavilions that can be rented for parties, but we didn’t see them all busy at once when we were there – and even if they were, there are other picnic tables with shade if you need to eat, recharge, and reapply sunscreen. Which you will need to do regularly especially if your child enjoys trying to fight with the water to keep it in the ground. Because the child will lose every time and then the water will come out of the ground twice as fast to wash the sunscreen off.

My only major complaint with the Quarry is the fake grass that surrounds the splash pad. Is it less messy than real grass? Yes! Is it way hotter than real grass when it’s been in the sun for hours? OH MY YES! Wear water shoes for this one and you’ll be fine.

So we’re feeling pretty good about supplementing long drives to Leander with our new favorite close-to-home splash pad option at Ricky Guerrero, resulting in way more water fun time than we enjoyed last year. Thanks again to Catherine and Nicole for inviting us to join them in the Austin Bucket List Adventure for 2014! 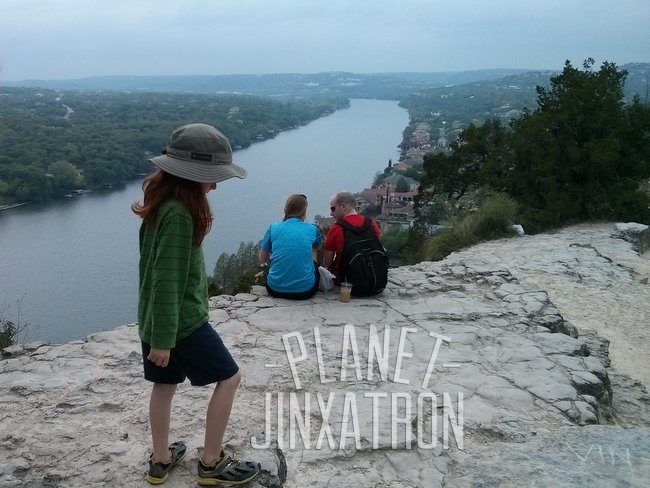 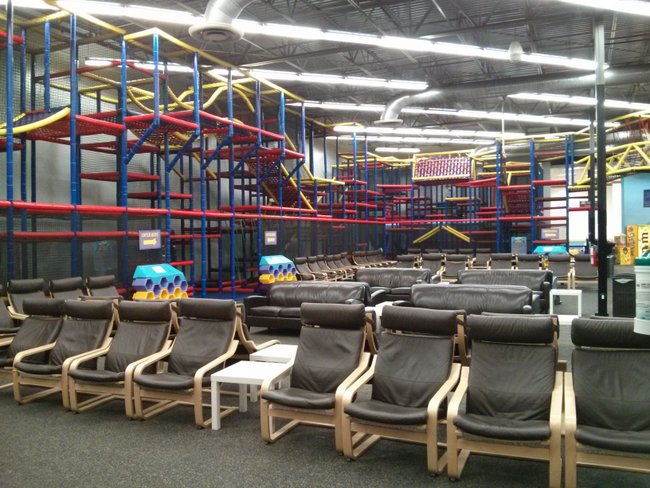