The LBJ Library will be offering free admission and cake on Thursday, August 27 to celebrate what would have been President Johnson’s 107th birthday. In addition, cupcakes will be served on the West Mall of the UT campus, beginning at 10 a.m. The Library is open from 9am-5pm. Click here for tips to plan your visit. 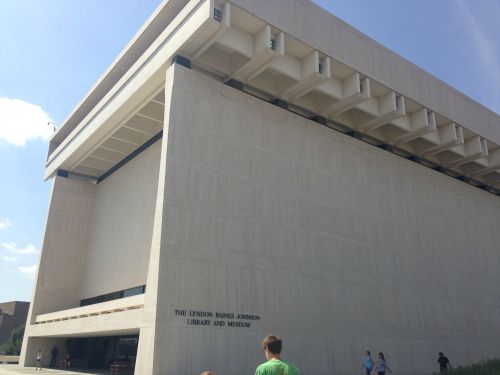 Situated on a 30-acre site on The University of Texas campus in Austin, Texas, the Library houses 45 million pages of historical documents, 650,000 photos and 5,000 hours of recordings from President Johnson’s political career, including about 643 hours of his recorded telephone conversations. The iconic ten-story building was designed by award-winning architect Gordon Bunshaft and features a Great Hall with a stunning four-story, glass-encased view of the archives collection. A centerpiece in the Great Hall of the LBJ Library is the photo-engraving mural by artist Naomi Savage.

The museum collection of the Lyndon Baines Johnson Library and Museum contains more than fifty-four thousand objects donated by the President and Mrs. Johnson, their family, close friends, associates, and the American people. Like that of most history museums, the collection is very diverse and includes objects ranging from Middle Eastern antiquities and coins to postage stamps to Oval Office furniture. The art collection ranges from drawings by schoolchildren to masterpieces by such renowned artists as Americans Frederic Remington, Charles Russell, and Winslow Homer and Mexican Diego Rivera.

The core of the museum collection consists of personal objects owned, used, bought, or worn by the president and first lady, all donated by President Johnson under the Presidential Libraries Act (1955). These objects include the clothing worn by the President and First Lady at the 1964 inauguration, pens, paper, and chairs used in the Oval Office, the desk used for the signing of the 1965 Voting Rights Act, and thousands of objects related to their daily lives, official duties, and political events. 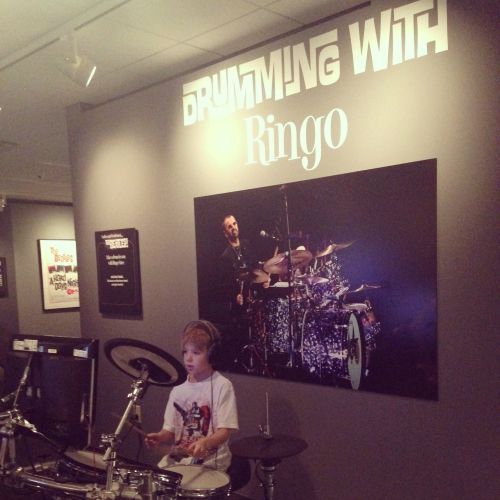 Until January 10, 2016, the traveling exhibit Ladies and Gentlemen…The Beatles! is on display at the Library. The exhibit explores the impact The Beatles’ arrival had on American pop culture, including fashion, art, advertising, media and music, from early 1964 through mid-1966 – when the British boy band was at its peak.

On display will be more than 400 pieces of memorabilia, records, rare photographs, tour artifacts, video, and instruments from private collectors and the GRAMMY Museum, including the original Ludwig drum head Ringo played on “The Ed Sullivan Show.” It even includes an oral history booth where visitors can leave their own impressions of the timeless group.

Also, the Lyndon B. Johnson National Historical Park will commemorate LBJ’s birthday with a wreath-laying ceremony at the Johnson Family Cemetery at 10 a.m. Frank Wolfe, former White House photographer, will join a long list of distinguished speakers at the ceremony. For more details, please visit the park’s website. 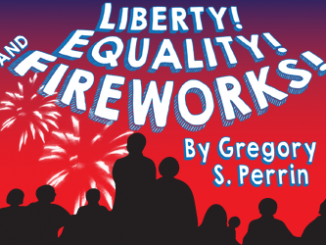 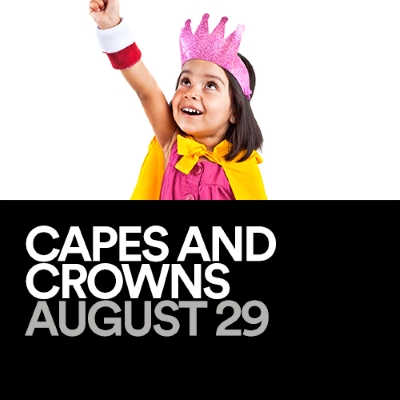 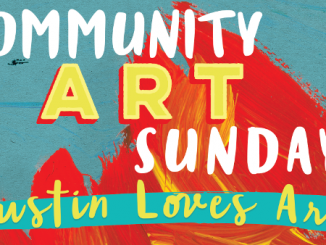