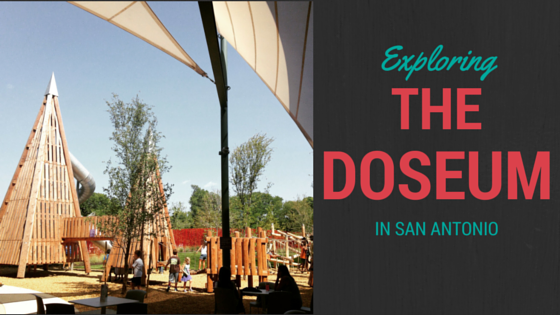 Did you realize there is a new museum for kids in San Antonio? It’s called The DoSeum, and we went there recently with my 9-year-old son and his friend. The museum bills itself as “San Antonio’s only museum just for children where kids learn by doing, creating and tinkering – instead of just by looking at listening.” Our friend Colleen at San Antonio Mom Blogs had written about the grand opening, which happened back in June, and I had been biding my time until we had a free day to make a day trip. We finally made it in late July, and we made the trip down on a Wednesday.

At first, I was hesitant to take my son, since I had read that the DoSeum was geared toward kids 10 and under. I asked Colleen about her experience and she reassured me by saying that she has a 10 year old and that there are many exhibits even 11 and 12-year-olds will enjoy.

The four of us started down towards San Antonio from our house in north central Austin at around 8:30am. We did encounter some traffic getting out of town, but we still managed to arrive at the DoSeum just before 10:30am. We did not purchase tickets in advance and had no problems getting in.

The DoSeum has two levels and a large outdoor area, as you can see in this map. Here were some of our highlights: 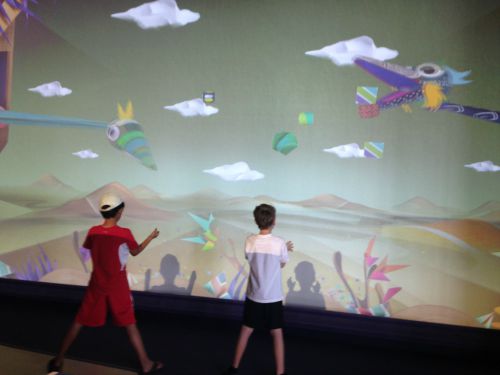 The Welcome Gallery has a cool interactive exhibit where kids can control the movements of digital bird-like creatures and an area to experiment with pulleys. 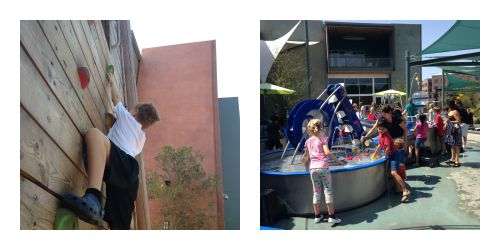 It didn’t take us long to make it outside, and despite the fact that it was late July, I had to drag the kids inside after exploring practically every inch of The Big Climb and the Water Works area. The Big Climb consisted of — you guessed it — play structures to get in all kinds of climbing, from the climbing wall pictured above which led to a tall slide (on the side of the pyramid in the top photo), to a climbing structure made up of wood, attached together resembling a giant-sized bird nest, to bridges and more. After the two kids had enough time checking all that out, we headed over to Water Works, which is a hands-on series of stations, encouraging kids to test how water ebbs and flows. Despite numerous warnings, my kid got soaked, which he seemed quite pleased about. If your child doesn’t want to spend the rest of the trip in wet clothes, you might consider bringing a change of clothes.

On the other side of the DoSeum is a second outdoor area which features a Children’s Stream which is designed for younger children. A wheelchair-accessible treehouse was under construction but not quite ready for us to explore. All in all, there is 39,000 square feet of outdoor space! 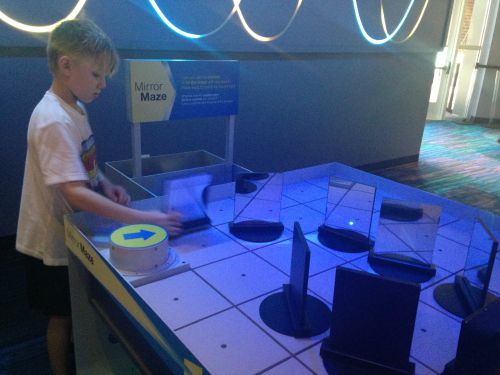 The Sensations Studio helps kids learn more about light and sound. In the photo above, my son is using a laser to construct a mirror maze. There was also a soundproof area to learn about sound waves and a lot of other hands-on activities. I kept getting separated from my son and his friend in this area, as they were so eager to explore everything. I’m sure this is how parents of two children feel all the time!

We also spent quite a bit of time in the Spy Academy, where you can use math skills to solve missions to become spies. I’ll be honest and admit that the two kids I was with spent a majority of their time hiding in the ventilation ducts (which was, technically, part of one of the missions). This was probably the most crowded area of the DoSeum during the time we visited, so perhaps we should have gone back when it was less crowded. I can’t really fault them for taking the role of spy to heart! 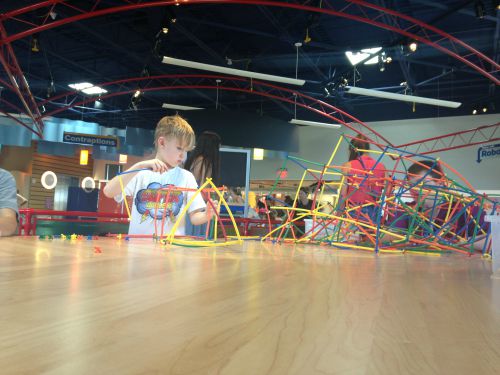 We then made our way upstairs, where my tinkerers spent quite a bit of time in the Innovation Station. There are so many ways to be creative in this area, including a wind tunnel to test different flying contraptions, a place to make marble runs, a bridge building area and these straw-like building tools, pictured above. After checking out this area, we were about museumed-out, even though there was also an Explore area upstairs to connect kids locally to other parts of the globe. The 9-year-olds had earlier dismissed a story-telling area on the first floor called Imagine It! as too young for them.

I was excited that they enjoyed the DoSeum as much as I did. After a pit stop at Buc-ee’s in New Braunfels on the way home, we got back to Austin at around 4pm, just before the afternoon rush hour. Success!

Here are some other things you might want to know about visiting the DoSeum:

Have you visited the DoSeum? Have any tips to share? 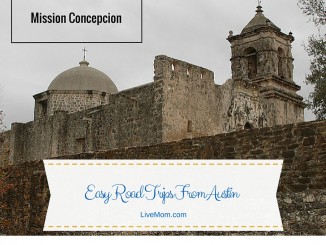