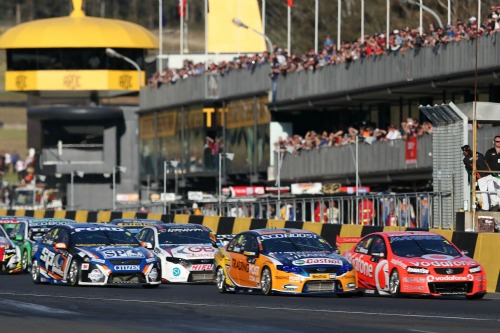 If you are anything like me and have been barrelling through the fall, barely raising your head out of the sand, lest you forget your kid’s permission form, paying your bills or remembering it’s trash day, then you might have also mentally tuned out all the news about F1. Believe it or not, we are just a couple of weeks away from the big event. Since we’re all moms, of course we want you to be prepared, so here’s a quick rundown of what will be happening and what to expect around town.

What is F1, exactly?
F1 is shorthand for Formula 1, an international racing circuit which is the most watched sport on TV annually, with 600 million viewers in over 180 countries. The season is comprised of 20 races held all over the world, and on November 16-18th, Austin will join such exotic locales as Monaco, Sinagpore, Sao Paolo and Melbourne as hubs of this sport.

Unlike NASCAR, which uses modified stock cars, F1 drivers use handcrafted single-seat cars which can go from 0 to 100 miles per hour, back to 0, in 5 seconds.

Where is it taking place?
The inaugural F1 race in Austin and the only stop on the tour in the U.S. will take place at the Circuit of the Americas (COTA), which is a new facility located 15 miles southeast of downtown and nine miles from the airport. Nearly a decade in the making, COTA can accommodate 120,000 fans and is 3.4 miles long. The track can accommodate all types of racing and will be host to many other events. The Formula Run race, which happened the last weekend of October, was a test run to see how the venue will accommodate about 24 times that amount of traffic.

How many people will attend? Are tickets still available?
The event is sold out. Ticket packages started at $159 for general admission for the 3-day event. We could see more than 300,000 visitors to our fair city because of the race.

The Texas Comptroller’s office projects an economic impact of around $300 million annually for Austin — a larger windfall than that of South by Southwest and an entire season of UT football home games combined.

What other events will be happening around the city during F1?
The Austin Fan Fest will be a 3-day event happening the same weekend as the race, featuring 5 stages of live music, interactive F1 activities including show cars, simulators, gaming, street performances, a kids’ zone and more. Here’s a map of where the events will take place, but really, what you need to know is that most of the festival will take place near the Warehouse District downtown. On Friday, the Fest runs from 6pm until 2am, and on Saturday and Sunday, activities will take place from 10am until 2am the following day.

On Saturday, November 17th, the Downtown Farmers’ Market will be expanded, with more vendors, larger booths and special activities. Other businesses will be rolling out the red carpet for F1 fans.

Capital Metro will be offering expanded service during F1 and shuttling fans from downtown to the COTA.

What can I expect as a resident?
Needless to say, the area surrounding the Circuit of the Americas will be extremely congested during the race weekend as will downtown. Here is a map of road closures. If you do choose to go downtown, keep in mind that you can ride the free Downtown Loop bus, Friday, Nov. 16, to Sunday, Nov. 18, from 7 a.m. to 2:30 a.m. The service will run every 15 minutes and that you can check on parking spots downtown through the mobile app ParkMe.

It remains to be seen whether Austin is ready for the race and the influx of visitors organizers anticipate. Part of me is weary of navigating around town during events, but I also can’t help getting caught up in the excitement around Austin being a part of an international event.

Do you plan to attend the Fan Fest? Are you looking forward to F1 coming to Austin?

Photos courtesy of the Circuit of the Americas.

2 Comments on F-what? Your Cheat Sheet to Formula 1 and the Circuit of the Americas