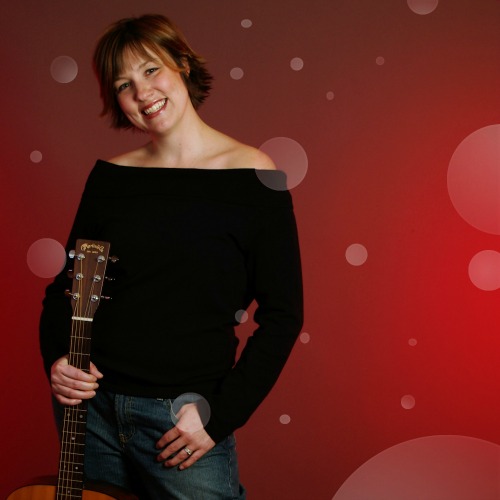 Music is everywhere in this town — even for our littles. While I remember getting some truly cringe-worthy songs stuck in my head when my son was little, I always looked forward to heading to the now-defunct Family Connections toy library on Fridays. Staci Gray was often there, delighting a throng of adoring fans with her music. After sitting on the laps of caregivers and nibbling on snacks on the carpet, the crowd gathered near the front in a gleeful mosh pit when Staci turned on the bubble machine. Ah, the good old days!

I remember seeing Staci perform when she was pregnant with her first child, and then her second. Her children later attended my son’s preschool, so we got to see her perform again at at a fundraiser. I recently realized that although we had seen her perform countless times, I didn’t know much about Staci. Thankfully, when I contacted her about a profile here on LiveMom she was game for answering a few questions. Read on to find out what she loves about Austin, her favorite bands and where you can see her performing during the rest of the summer.

LiveMom: When did you start performing as a children’s musician?

Staci: I started performing for kids in 2001 singing back up for the amazing Joe McDermott. In 2004 he asked me to take over singing his music at children’s birthday parties. I released my first solo CD in the summer of 2006!

LiveMom: What do you like about performing for kids?

Staci: Kids are hilarious!  They are so honest, funny, and spontaneous. I love feeding off them during my shows. When I look out and see them singing along to MY SONGS, it’s priceless!

LiveMom: How many kids do you have, and what ages?

LiveMom: How did performing and writing songs for kids change after you had children?

Staci: After I started having children, I noticed that I had these hopes and dreams for them that I had to put to music. “I Dream” from The Crocodile Dance was the first song I wrote after having my oldest. I have a song coming out on my next CD called “Three” that was inspired by my (ahem) very busy now 4 year old and all the mischief he gets into. 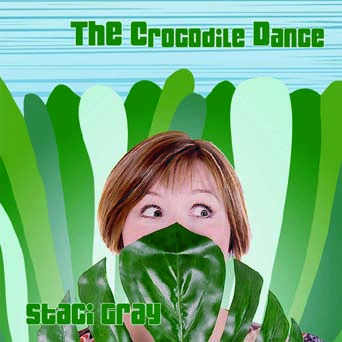 LiveMom: Do you actively encourage your kids to be musical? What suggestions do you have for parents who notice an interest in music in their itty bitties?

Staci: YES!!  I sing to my kids all the time and have lots of instruments for them to play. We listen to music every night when we sit at the table to eat dinner and have enjoyed many a Music Together class at Heartsong Music over the years. If you notice your little one is into music, go with it!  Play different styles of music for them. Dance with them. Buy small instruments that they can easily play.  And music classes are a must!!

LiveMom: What are your favorite local musicians and places to listen to live music? (If you’d rather not say, feel free to skip this one.)

Staci: I love the Hot Nut Riveters, Okkervil River, and Spoon, to name a few, but there are so many great ones!  I listen to KUT-X exclusively, so I get to hear a lot of them!  Strange Brew is a great venue for intimate shows, and you can hardly beat a Stubb’s show!

LiveMom: Do you ever write and perform music for adults?

Staci: I haven’t in a long time. I barely have enough time to write my kids songs!  I recently sang at my friend’s birthday party and it was so cool to pull out some of my old favorites. I was so emotional singing the Dire Straights “Romeo & Juliet” that I was shaking after. I’d forgotten how intense it is to sing such a deep song and really let go.

LiveMom: What do you like most about Austin? What would you change, if you could?

Staci: I’ve been in Austin for almost 16 years and it’s beauty still takes my breath away. The parks and green belts are unmatched!  The food is pretty awesome too!  Especially for my vegetarian family!! Change something? Hmmmm. Maybe just slow down the influx of people moving here and fix our transportation issues.

LiveMom: What are your favorite family-friendly activities in Austin?

Staci: The Austin Zoo is always a hit with my crew!  We also love The Thinkery and chilling at BookPeople. Our own back yard is our #1 hangout, though!

LiveMom: What shows do you have scheduled for the remainder of the summer? What’s the best way to find out when and where you are playing next?