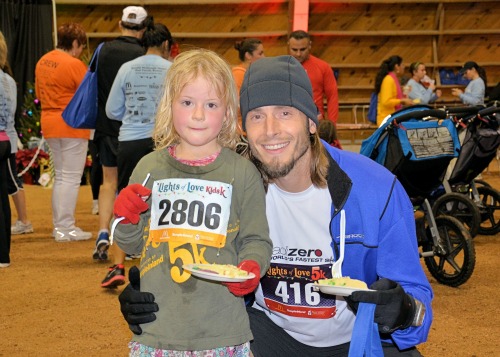 Yesterday, as a part of our Season of Giving, we wrote about the Ronald McDonald Charities of Austin and Central Texas. This weekend, the organization is the beneficiary of the Lights of Love 5K and Family Fun Run. Now in its fifth year, Lights of Love has grown from just over 400 people the first year to an anticipated 4000 this year. It is a night run/walk in the Mueller neighborhood and is very family and dog-friendly. You can register yourself, your kids and your dogs.

Participants often create a team and invite friends and family to register to participate with them and/or to donate for their fundraising goal. There are some fun contests and incentives to encourage everyone’s hard work!

At the event itself, there are things to do under the Mueller Hangar where the race starts:

The fundraising goal is $225,000 this year, and all of that money stays local to support families when their children are in Austin hospitals. This year, the Ronald McDonald Charities of Austin and Central Texas will provide a home-away-from-home for more than 1500 families facing pediatric medical crisis.

One of the parents facing a medical crisis was Q. Vang. She lost her son, Khai, when he was just a baby. Despite such a heartbreaking outcome, she credits the Ronald McDonald House for giving her more happy memories with him. “Without RMH, I wouldn’t have eaten much, slept much, I would have spent the majority of time on the road, not with Khai. I am able to remember him smiling and giggling, cooing. I didn’t miss these moments because of RMH.”

You can register or donate here. 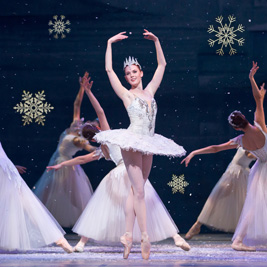 The Golden Anniversary Production of The Nutcracker opens this weekend on Sunday, December 8, 2012.

Follow Clara into a dream world of dancing snowflakes and see which legendary Austin personalities are chosen to appear as part of the Golden Anniversary Mother Ginger cast, all while enjoying Tchaikovsky’s cherished score as brought to life by the Austin Symphony Orchestra.

You can purchase tickets here. Many shows are already close to selling out so be sure to get them now! 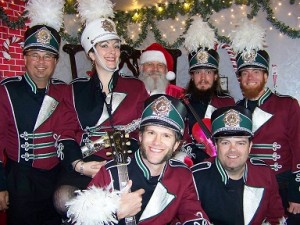 Austin’s Invincible Czars pack all the fun, hilarity and musicality they can into this year’s Dance-It-Yourself Nutcracker.  With props, dancers and lights in tow, the band leads kids young and old through their whimsical version of Tchaikovsky’s Nutcracker Suite dancing all the way.  The Invincible Czars have turned the music from America’s favorite ballet on its head jumping all over the musical map.  Two step to a countrified “Miniature Overture”, and swing to saccharin jazzy “Waltz of the Flowers” and spin to the psychedelic “Sugar Plum Faerie.”

Adults — Tired of the same old holiday songs?  This is Christmas music for people who don’t like Christmas music!  The band has also re-made other carols in their own image.  Songs like “O Little of Bethlehem” (Arabian stomp) and “Chestnuts Roasting on an Open Fire” (spooky Sci-Fi) are barely recognizable.

As always, audience members are encouraged to dress for success with prizes going to the best holiday outfit/costume/props (boy, girl and adult).

In 2004, Invincible Czars debuted their wacky, Austinized version of the music from The Nutcracker and a holiday tradition was unwittingly born.  Since then, the band has dedicated the last 6 weeks of the year to performing holiday events including a kid-friendly Dance-It-Yourself Nutcracker in Austin, Houston and New Orleans. 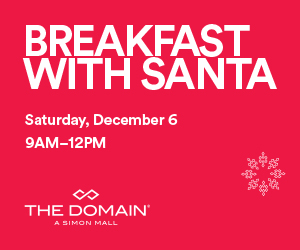 Event: Breakfast with Santa at The Domain