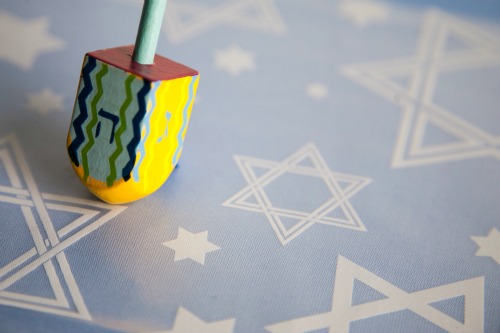 In the spirit of sharing, we will be bringing you stories about how different families celebrate the holiday season. Since the first night of Chanukah is this Sunday, we’d like to start with the Jewish tradition. To protect the family, please note that all names have been changed.

Before telling the story of Chanukah, it is important to note that although both holidays take place in December, in no way is Chanukah the Jewish version of Christmas. For starters, Chanukah celebrates a lesser-known miracle which took place two hundred years before the start of Christianity. During that time period, Israel was controlled by the Syrians, who required Jews to worship Greek gods. During one battle, the Syrians killed thousands of Jews and erected altars to Zeus in the Jewish temple in Jerusalem.

Judas Maccabeus led a group of Jews who regained control of the temple and city. They destroyed down the altars to Zeus, purified the temple and erected a new altar. Using flint, the Jews started a fire and made the first offering in two years. They also burned incense, lit lamps and put out sacred loaves of bread. Judas decreed that ceremonial items that were in the temple before it was ransacked, including a menorah, should be replaced.

The menorah is a golden candleholder with six branches which was used in Moses’s time. Oil that had been blessed by rabbis was used to keep the menorah burning each day, from sunset to sunrise. When the menorah was lit in the restored temple, Judas and his followers only had enough consecrated oil for one night. Miraculously, this small amount of oil burned for a full 8 days and nights until more arrived. This explains why the menorah now has 8 branches (plus a “helper” candle, to light the others). This also explains why Chanukah is often referred to as the “festival of lights”. After the temple was restored, it was re-dedicated on the same day of the month of Kislev that it had been defaced: the 25th. These festivities lasted for 8 days, and the consensus was that the anniversary of this event should be celebrated again each year.

Chanukah now takes place over the course of 8 days. Jews light one candle on the menorah each evening and recite traditional prayers which acknowledge God’s influence in Israel. Fried foods, such as latkes (which are made of vegetables, legumes and other starches) and sufgaiyot (round donuts with jelly or custard inside) are consumed as a reminder of the oil lasting in the temple well beyond its typical life. Another Chanukah tradition involves a spinning a dreidel, a four-sided top with letters of the Jewish alphabet on each side. The game typically is played by children, who can win gelt, gold-covered chocolate coins.

Have you ever wondered why there are so many different spellings for the holiday? Hebrew and English do not share the same alphabet, so there is no exact translation into English of the Hebrew word for Chanukah, so you may see it spelled as Hanukah or slightly different variations of these two spellings.

Here is the story of how one Austin family celebrates Chanukah:

Lisa Applebaum wasn’t always Jewish. In fact, she was raised celebrating Christmas. She never intended to convert, but as she learned about Jewish culture and traditions, she realized how much it appealed to her. Her husband Dave was raised a secular Jew (meaning he observed the Jewish culture more than the religion), so he is learning a lot about the religion as the kids are. She converted to Judaism in May, after taking a year and a half of classes. She had already decided when her oldest son was a baby to raise her children in the Jewish faith. At first, the Applebaums celebrated both Christmas and Chanukah, but Lisa and Dave both agreed that it seemed like too much. 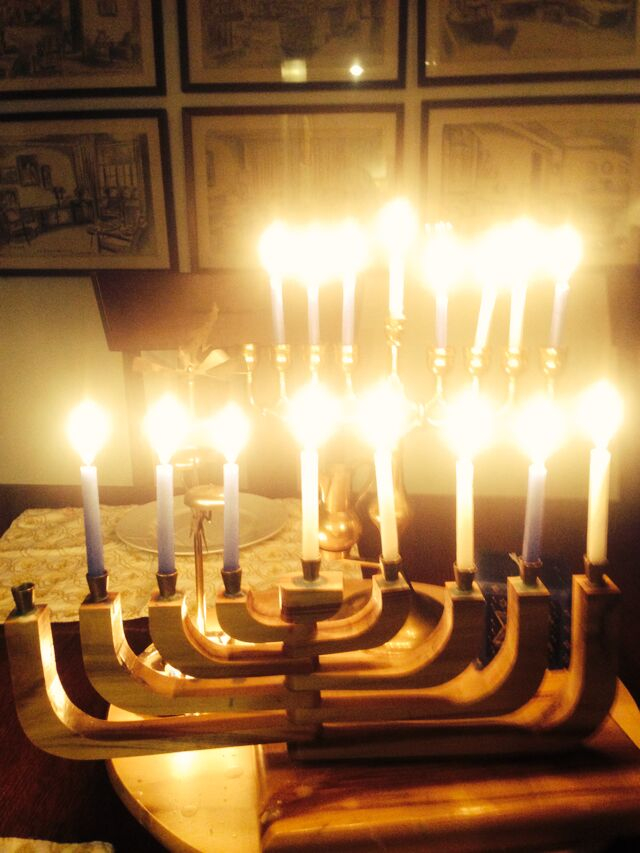 How does her family celebrate Chanukah? Usually, they celebrate one night with her family and in-laws. They eat delicious food, including latkes, and then light the candles, say the blessings and exchange gifts. On other nights, it’s just the four of them. In addition to the nightly traditions, each member of the family fills a “grateful jar” with what they are thankful for. One night, Jewish neighbors and close friends join the Applebaums to celebrate with blessings, candles and wine for the grownups.

The Applebaums celebrate Chanukah with other friends, as well, with several nights of parties where several guests bring menorahs, food, latkes and their children and have a big dance party.

This year, the Applebaums are headed to Temple Beth Shalom to celebrate with the congregation. They will also attend the Community Chanukah Celebration at the Jewish Community Center (the event which will feature the Latkepalooza). 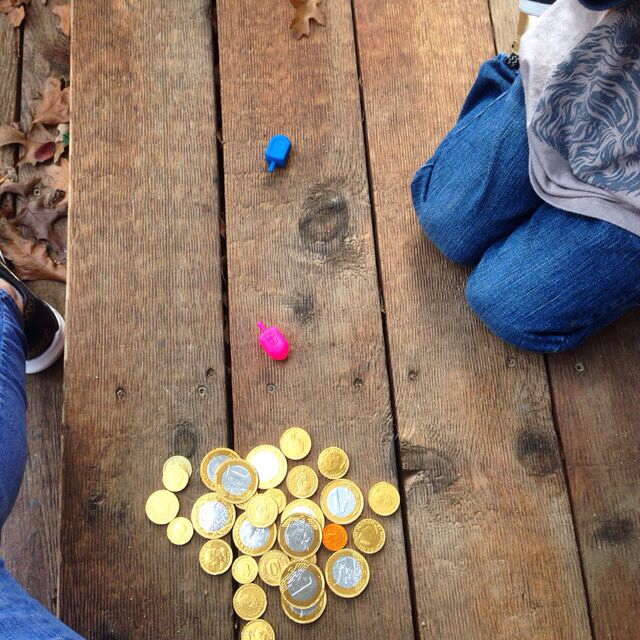 Not surprisingly, Lisa’s younger son, Sam, said his favorite thing about Chanukah is that he gets presents for 8 days. Dalton, the older brother, says he likes the Chanukah story. Lisa adds, “I love that there are 8 days of amazing food and festive fun. I grew up celebrating Christmas, and always felt a bit deflated around one o’clock on Christmas Day. All that hype for just a few hours!” Lisa points out that Chanukah makes the celebration longer, and for her kids, more meaningful. “It’s hard to appreciate all the gifts you get at Christmas when you have so many to open at once,” she said. “I like that my kids get one present a day.”

On Christmas Day, the Applebaums head to a Chinese restaurant with other Jewish friends and their kids. 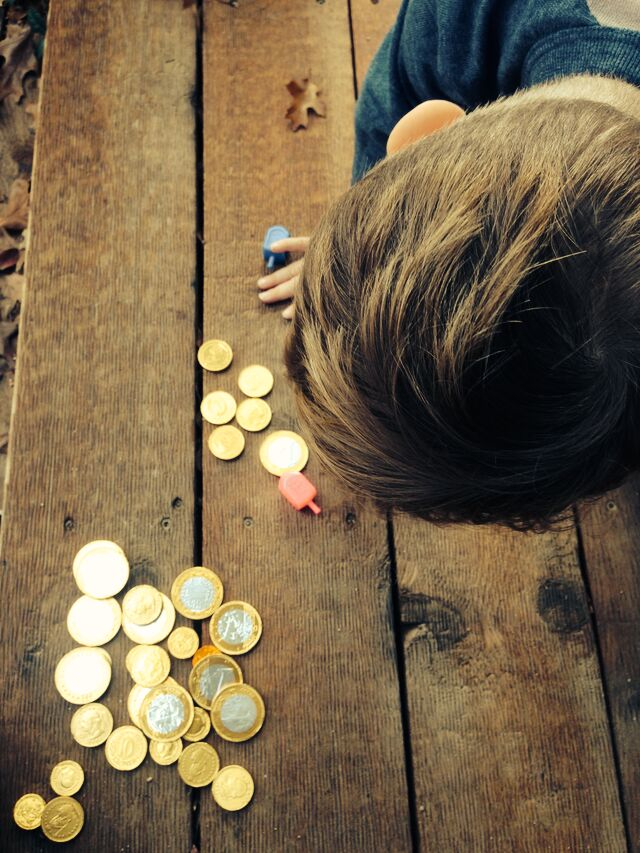 Shalom Austin has a list of Jewish community organizations, congregations, Jewish schools in Austin and a community event calendar, among other resources. To view these resources, click here.