Austin City Limits Music Festival is right around the corner. With so many fabulous musicians coming in for the festival, the whole city will benefit from the free fringe concerts that pop up all over town. If you have mini music fans at home, there will even be a free music festival for kids!

The only kid after party is going down on October 4, 2014, from 5-8:30 p.m. at the Domain! Just when you thought it was time to put the kids to bed…. it’s time to party at the Domain, instead. Brought to you by LiveMom.com, Spare the Rock, Spoil the Child and The Domain. The event is FREE and open to the public.

An after party wouldn’t be an after party without an awesome lineup of musicians, a couple of them being in town to perform at ACL.

And what’s a party without swag? There will be some of that, too. 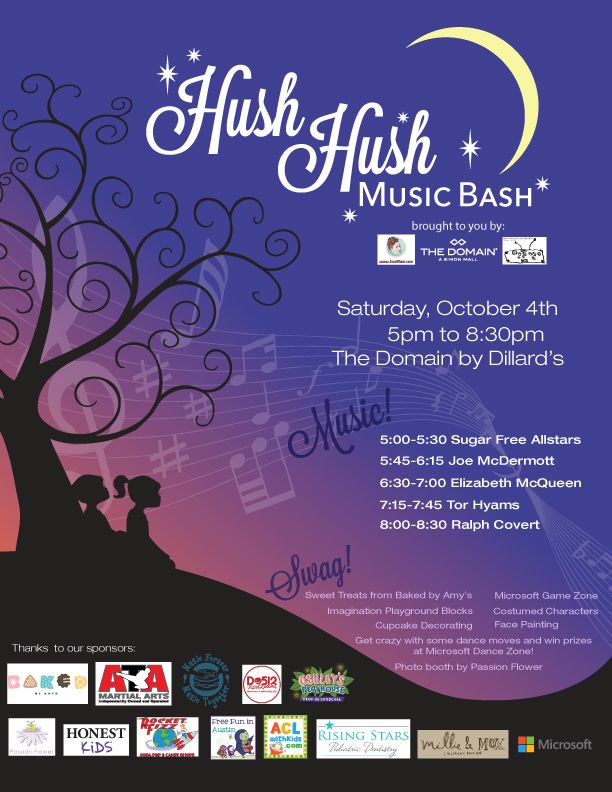 On tap for the festivities:

You’ll find the party in front of Dillard’s, next to Maggiano’s in the Domain (11410 Century Oaks Terrace, Austin).