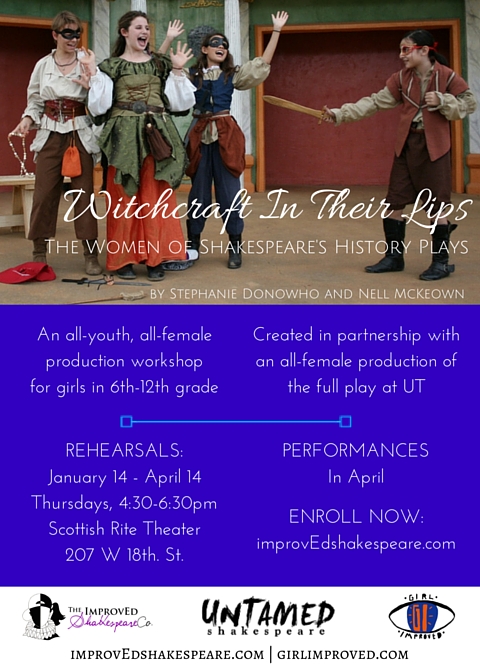 Of course, it’s hard for girls to even get the chance, since there are so few female characters in his plays. Luckily, two forward-thinking Austin gals have tackled the problem head-on. Stephanie Donowho and Nell McKeown have adapted the scenes from all eight history plays into an entirely new piece, using all of Shakespeare’s words. Focusing on the women in the plays, “Witchcraft In Their Lips” goes up at the end of April at UT.  And get this, they’ve granted ImprovEd Shakespeare permission to perform a shortened version of the piece with an all-youth cast!

A youth version of Witchcraft In Their Lips, ImprovEd Shakespeare style, will kick off rehearsals with an all-female youth cast in their after-school program on January 14th! Rehearsals will run on Thursdays through April 14, 2016, from 4:30-6:30pm at the Scottish Rite Theatre Basement, 207 W. 18th Street. They are looking for FEMALES only, ages 6th-12th grade. Registration is available online. 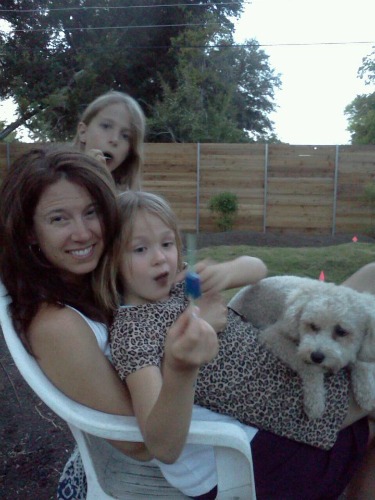