The KGSR Live Broadcasts from the W Austin is back for 2017 SXSW! Returning for its sixth consecutive year, the lineup includes Spoon, Jimmy Eat World, Hanson and Rag’N’Bone Man, to name a few!

The broadcast will take place on four mornings: Wednesday, March 15th through Saturday, March 18th, from  6-10 a.m. on Wednesday, Thursday and Friday, and from 8 a.m. – 12 p.m. on Saturday. This year’s lineup features a notable roster of national, international and Austin-based talent. Hosted by KGSR on-air personalities Andy Langer, Emily McIntosh, and Chris Mosser, the event benefits Make-A-Wish Central & South Texas with a suggested donation of $5 at the door. The first 300 people into the broadcast will receive a complimentary Pancake Wrapped Breakfast Sausage prepared by W Austin’s culinary team – with additional food and beverages available for sale thereafter.

The standing-room-only show features up to nine acts each morning and is broadcast live in its entirety on 93.3 KGSR.

This year’s lineup includes performances by:

The schedule and full lineup will be announced on Monday, March 6, 2017 on KGSR.com.

In addition to the live music and experiences throughout the four-day event, guests onsite and fans listening at home are encouraged to follow @WHotelATX and @KGSR and use #KGSRattheW on Twitter and Instagram for updates from the show and chances to win prizes. 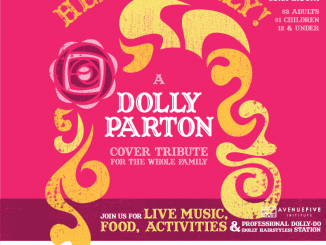