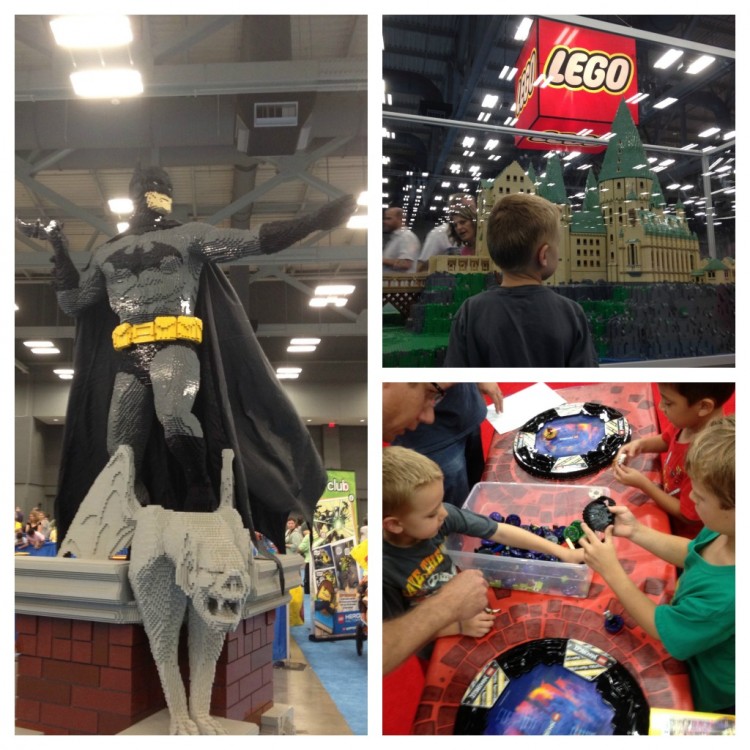 We attended the Saturday morning LEGO KidsFest session at the Convention Center. I was glad we had tickets in advance, since most of the sessions sold out in advance and I see there are now no tickets available for Sunday’s sessions (and none will be sold at the door). If you didn’t get a ticket this time around, cross your fingers that they will return to Texas in the future. If you do have tickets for an upcoming session, here are some things that you may want to know:

Street parking is available. We found a spot a block from the Convention Center and ended up paying $3 for parking (since the meters didn’t start charging until 11:00am and the morning session began at 9am). Some of the meters are coin operated and the spot we found was tied to a new pay station, which allowed us to use a credit card. Parking meters are enforced until midnight on Saturdays. Parking is free on Sundays. As Heidi pointed out in her great review, the closest parking garage is $7 and located at 601 East 5th Street (the entrance is on 5th in between Red River and Sabine).

There are all kinds of things to do. The KidsFest has over three acres of brick-building fun, and most of it is hands-on. It’s a great idea to check out the list of activities and print out a map in advance so you know what to expect. Many parents I spoke to felt their children could have easily stayed past the end time for their session.

If your kid is likes the Master Builder Academy (recommended for ages 7 and up), I’d recommend heading to that booth for a ticket earlier rather than later. When we headed over at 10:15, we learned that the staff had handed out most of the tickets for the morning workshops.

It was so congested at the beginning, when we entered that we headed back to the Ninjago booth and worked our way back to the front. Although the crowd ebbed and flowed, there were always some areas which were less crowded, and of course the crowd thinned out towards the end of the session.

The area near the entrance of the Convention Center with life-sized LEGO models was much less crowded towards the end of the session, so I’d recommend waiting to try to snap a photo with your favorite character. 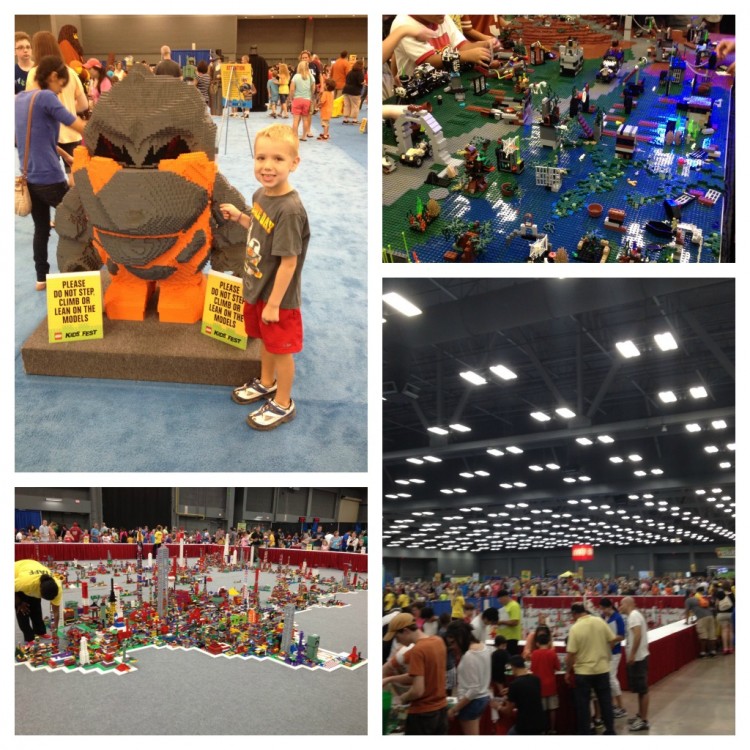 It’s easy to get separated from your kids. This could have been Christmas for my LEGO-crazy child, so it was difficult to contain his enthusiasm at times and make sure to stay by us. I’d definitely recommend putting your kids in distinctive clothing and finding a meeting place, like the Lost Parents area, to reconvene in the event you do get separated. Considering we only have one child, I can only imagine parents with multiple children (or younger kids) had an even more difficult time keeping kids in one place. Many parents brought strollers for the younger children, which of course proved to be a little difficult to steer in the more crowded areas.

Bring a bag and wear closed toed shoes. There are lots of little things being given away (posters, catalogs, magazines, frisbees, water bottles, etc.), so it’s nice to have a bag to stash your things in, especially if you don’t plan on buying any merchandise. Speaking of merchandise, the Retail Store in the back was one of the more crowded places at the start of our session, but it seemed to clear out as the day wore on. This may have been due to the fact that some LEGO sets were discounted (Alien Defense Unit sets were 50% off and a few, “older” Hero Factory sets were only a few dollars). It’s nice to have closed toed shoes if you venture into the Brick Pile in the center of the Convention Center (thanks for the tip, Yasmin!). Otherwise your poor feet will suffer as you walk through literally millions of bricks!

You’ll last longer if you take breaks. This may be obvious, but it’s hard to take a break when there is so much fun to be had. We enjoyed some down time watching videos in the theater (many of the videos you can find on the website, which some new stuff we hadn’t seen mixed in), stopping at the Reading Rest Stop (where you could peruse some of the Brickmaster and LEGO-themed books while adults and kids relaxed on beanbags and chairs) and watching the Master Builders lead bridge-building challenges in near Creation Nation. We thought our large $4 grilled cheese sandwiches we ate while watching the LEGO movies were decent (you can check out the food that is available here). Mostly, we tried to eat beforehand and snacked in the car on the way home.

Granted, the experience can be tiring for adults, but I’m glad we got to have such a blast building with my LEGO-obsessed kid. I’m sure he’ll be talking to his friends about KidsFest for some time to come.

If you attended KidsFest, what was your kids’ favorite part?

Disclosure: My family and I received free tickets to attend and write about KidsFest. LiveMom did not receive any compensation for this post. The opinions expressed herein are my own.