PALACIOS ATA MARTIAL ARTS is hosting an open house and a Kickboxing Warrior Boot Camp on Saturday, November 9, 2013. There will be many events happening throughout the day, all of which are FREE!!

Children of every age, gender, and race are vulnerable to child abduction. ATA Martial Arts is committed to helping the children in our community and their parents minimize the risk of abduction through education. During the Open House, your children will learn:

In ancient times in Korea, farmers in their fields had little with which to defend themselves from attackers. They had to be able to stand up and fight with what they could find nearby, or with what they had in their hands. And they had to be able to disarm an aggressor before they themselves were hurt. Often, all that was available to them was a stick or farming tool of some kind. A farmer’s skill defending himself or herself with it could save the farmer’s life.

“The stick” has been around for a long time in ATA as well. “The bahng mahng ee was our very first Protech weapon-it was introduced into the dojahng more than two decades ago. Now it is the first weapon we’ve introduced into combat.”

A student first learns a form of preparatory moves known as 1-step sparring. This exchange of techniques is under strict control, and by memorizing these moves the student can practice distance and timing. Later in their training, they will  apply the basics they have learned from 1-steps into true sparring, which can be thought of as reflexive responses against an unplanned attack.

The Korean word “poom-sae” means a “form” or “pattern of movements.” It is actually a planned series of movements that combines the physical skills (such as blocks, strikes, kicks, stances and more) with the mental skills (such as balance, coordination, discipline, strategy, focus and more). The target of these movements is an imaginary opponent of the practitioner’s own size.

To keep a workout fun and worthwhile it’s good to mix things up and one way to do that could be through kickboxing. Doing the same workout week after week can get boring, but if you start throwing in some kicks and punches you may begin to see fresh results and feel a new invigorating energy. Adding kickboxing to a workout gives it a new, dynamic twist.

KRAV MAGA
The Krav Maga system is based on a simple and effective self-defense system that emphasizes instinctive movements, practical techniques and real-life training scenarios.

KALI COMBAT
We teach the PTK TRI-V System & since the methods of training are non-regimented, unorthodox, unconventional, non-telegraphic and unpredictable it is widely considered being one of the most practical & effective combat arts you can train today.

Palacios ATA Martial Arts is located at 13900 N. IH-35, in between the Wells Branch and Howard Lane intersections on  I-35. 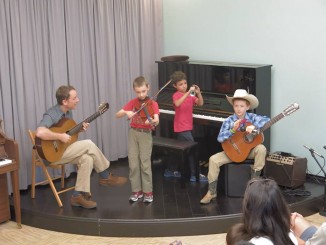