If you’ll forgive my sounding like an old fogey here: Boy, things sure have changed since I was a kid. My soon-to-be kindergartener is entering public school at a time when funding for education has been cut like never before and standardized tests drive a lot of what schools do. There is even criticism of critical thinking in the classroom. What’s a Texas public school parent to do?

Edy Chamness, an Austin mom and former Texas public school teacher, has a few ideas. She’s a leader in Texas Parents Opt Out of State Tests, part of a national opt-out movement that began two years ago. I talked to her about the movement against high-stakes testing. Excerpts from our conversation:

Tell me a little about you.

I have two children: a 10-year-old son going into 5th grade and an 8-year-old daughter entering 3rd grade. I’m a former school teacher [Chamness taught fourth grade for several years in Eagle Pass, Lockhart, and out of state]. I liked school so much that I grew up to be a teacher.

What’s the goal of the opt-out movement?

We want to improve the quality of instruction in our neighborhood schools. Unfortunately, that’s almost impossible to do with the emphasis today on high-stakes testing. When so much of our children’s time is based on worksheets . . . not literature-based instruction or hands-on math . . . there’s a really narrow focus in the curriculum. Up to 80 percent of classroom time is spent on instruction linked to test preparation.

I left classroom teaching in 2002. In our neighborhood, we’re near some “Exemplary Schools,” and . . . I would hear the administration talk about the focus on academic achievement. I didn’t really understand it until my son entered third grade. By those first weeks of third grade, I could see something had changed.

My son loved second grade. . . He came home so excited and so delighted every day with all the wonderful things he was learning. He had something to show me every day. He was excited and eager to go to school. When he started third grade, though, he was tired and cranky and lethargic. Children don’t always tell you what’s wrong. Their problems surface and come out sideways. As a parent you have to find out what’s wrong.

I read your son broke off an eraser in his ear, and that was the tipping point, when you decided to observe a whole morning in the classroom.

Yes, and in those three hours in his class, I saw no remediation or enrichment. There was no extension activity [meaning when the assignment is done and then a related activity begins]. There were no independent learning centers in the classroom. I saw no direct engagement with the students, other than giving out assignments and worksheets. . . . We eventually transferred to another school, and this is how I know it’s bad all over. I’ve seen the same thing play out again.

I know there are good teachers, but teachers aren’t allowed the freedom to teach. They’re not given the support they need to teach. There’s just this overwhelming emphasis on teaching to high-stakes test standards, and that’s all that matters.

So what does it mean to opt your children out of standardized tests?

In Texas, a parent has a right to opt their child out of any activity that they feel is immoral or against their religious belief. That law was amended, however, to say a parent couldn’t do so to avoid a test or something that fulfills a class requirement. But we do have a right. So parents keep their children home on testing days as an act of civil disobedience, because this problem is so profound it will not resolve itself.

What does the Texas Education Agency say about this?

If you have more than 10 unexcused absences in a school year, it’s against the rule. We’ve talked with TEA many, many times, and TEA says we can opt out of benchmarking testing [tests given over several days in November and February for diagnostic purposes] because it isn’t used for a grade. We kept our son home those 10 days and engaged in great, meaningful learning. 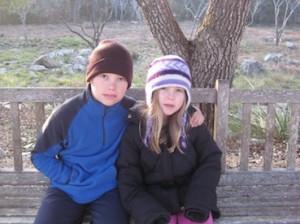 When their mom, Edy, opted them out of tests, the
Chamness kids spent a day learning at the Lady Bird
Johnson Wildflower Center instead.

Who is involved with the opt-out movement?

All these hideous mandates and accountability formulas came from the top, and actually this new movement really comes from the top, too. It got started in Texas in January when our former education commissioner Robert Scott gave two speeches, talking about how our current testing has become a perversion of its original intent.

Nine superintendents banded together in North Texas, all from high-achieving, affluent districts. They wrote what has come to be known as the anti-testing resolutions talking about how testing is strangling creativity in our schools. Since then, 670 school districts in Texas have signed on to the resolutions.

What would you say to fellow parents?

A lot of this is coming from the top, yet it’s really hard to get anything happening at the campus level because parents are afraid to speak out. We ask that everyone do what they can. We would love to see more parents get involved and more grassroots activity.

And it’s very important that parents know what is going on, even before their kids enter the testing grades, because once it starts it doesn’t stop.

What is your vision for public education and your children?

I would like to see great neighborhood schools where kids are really doing a lot of great stuff and get really involved in projects, where kids are making and doing and learning.

I’d like to see my kids get excited about going to school again. They used to have that, a lot of enthusiasm, but it’s all slipped away, and when I look at the sort of work they’re doing in school I can see why.

Visit Texas Parents Opt Out of State Tests on Facebook, or contact the group directly via email: mailto:TexasParentsOptOutStateTests@yahoo.com.

Have you ever opted out of standardized tests for your child, or considered it? Let us know in the comments.

I Don’t Know How Any of Us Do It 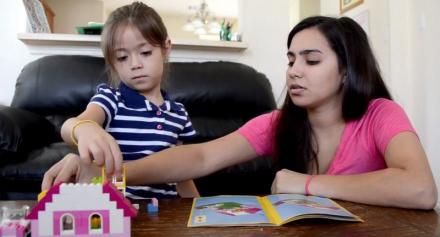 2 Comments on Texas Parents Opt Out of State Tests