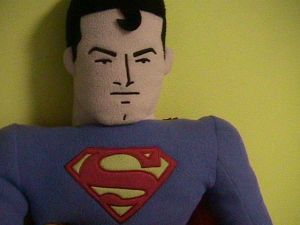 I can’t decide if it’s good or bad that education is under the microscope these days. Having a child who is in his last year of preschool, I welcome any and all discussion that leads to positive changes in our schools. However, it does remind me of my days working in conservation. I can’t help but feel a little depressed after hearing story after story about how “bad” things are.

Recently, I started reading articles about a new documentary about the downfalls of the public school system, Waiting for Superman. Being a product of public schools myself, I couldn’t help but have the same knee jerk reaction as many of my friends — “I went to public schools, and I turned out just fine!” I decided I needed to see the film, particularly since this would be one of the few documentaries (and I’ve seen a lot of them, trust me) that did not support my preconceived views.

After seeing the movie, I must say am surprised at how much attention it has gotten. I cannot disagree that public school has failed the students depicted in the film, and that we owe these children a better education. I was heartbroken watching families packed into auditoriums raucously cheer and quietly weep after seeing whether they would win a slot into a better school via a lottery system. At the same time, Waiting for Superman addresses such a narrow piece of education reform, a huge and complex issue. Nothing I have read since becoming a parent leads me to believe that charter schools are the answer. Yet the Gates Foundation and the Obama administration would disagree with me.

Of all that I read about the movie, the article I think resonated the most with me was “The Myth of Charter Schools”. In it, Diane Ravitch points out that “The annual Gallup poll about education shows that Americans are overwhelmingly dissatisfied with the quality of the nation’s schools, but 77 percent of public school parents award their own child’s public school a grade of A or B, the highest level of approval since the question was first asked in 1985.” She also expands on the point briefly mentioned in Waiting for Superman, that not all charter schools are created equal. In a national study of charter schools conducted by Stanford economist Margaret Raymond, 17 percent of students scored higher in math when compared to public school students, while 37 percent performed worse than students in a public school and 46 percent scored no better or worse than their peers in public school. Ravitch joins the chorus of those who watched the film who were disappointed that teachers are depicted as a large part of the “problem” in schools.

I certainly don’t have the answers, but I hope Waiting for Superman helps propel education reform to the top of the political agenda. Because our kids shouldn’t have to wait.

So, why are charter schools suddenly seen as the solution to the myriad of problems facing our schools? Have you seen Waiting for Superman? If you are an educator, what is your take on the movie?